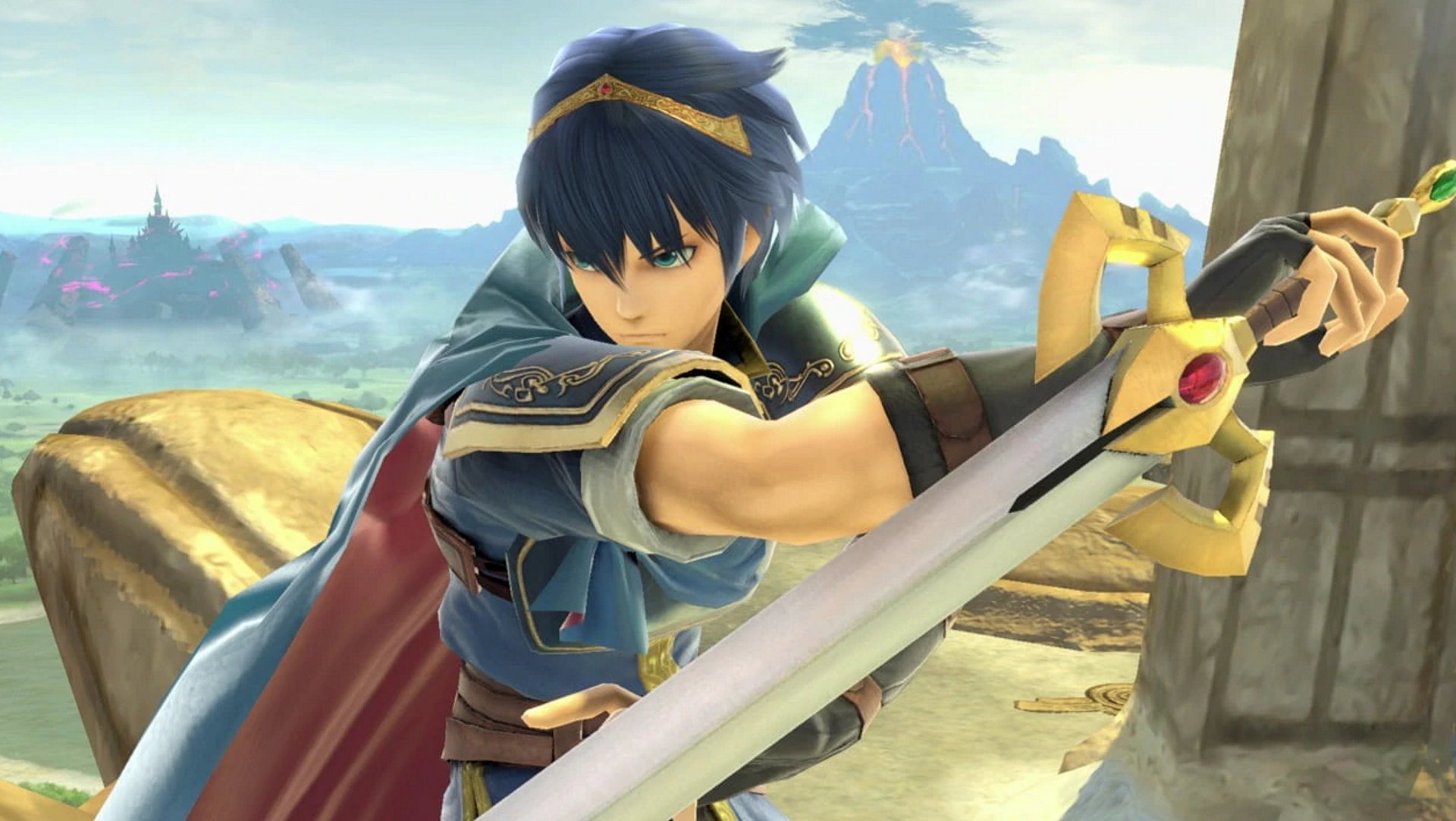 Describing Super Smash Bros. Melee’s fans as dedicated is an understatement to say the least. One of the longest running esports out there, players worldwide have been willing to lug old-school CRTs and GameCubes from event to event for over 15 years, all to compete in their esport of choice. While most players in the fighting game community are happy to move on to the latest game in their preferred series, neither Brawl nor Smash WiiU (4) succeeded in appealing to Melee’s hardcore playerbase.

Despite a flashy reveal with the first ever Super Smash Bros. Invitational, responses to Smash 4 by Melee pros were muted — and to be fair to them, the game released in a notably poor competitive state. The less said about Brawl’s decision to include tripping, the better. Ultimate, however, has received a markedly different response. Following its E3 reveal, online discussion approached fever-pitch as both Smash 4 and Melee pros shared changes, new tech and their opinions on the game. Hungrybox, Melee’s current world #1, tweeted his thanks to Nintendo for requesting pro players' feedback, while world #2 Armada expressed hope, describing the game as “a step in the right direction.” It might not sound like much, but from the best of the best in Melee it’s a pretty big deal.

With interest piqued and even Nintendo seemingly paying attention, could Ultimate finally be the the game to bridge the divide between Melee and modern Smash? We put the question to both Pros and casters from the Super Smash Bros. Melee scene to hear their views.

There’s no contention in anyone’s mind that Ultimate will mark the end of large-scale Smash 4 competition. The WiiU title grew into a respectable game in the years after its release, but with Ultimate building off Smash 4’s base, its time is clearly up. Commentator D'Ron ‘D1’ Maingrette reckons it’s a near guarantee that the majority of players will move over.

“I undoubtedly believe that the Smash 4 fans and pros will move over easily to the new game,” D1 said. “Most of the changes were welcome with open arms by the Smash 4 fans, and they're the same crowd that left Brawl for the Wii U version, so I believe history will continue to repeat itself. We've had our fill of Smash 4... People are ready to move on.”

It’s not just the players looking to the future either, tournament organizers (TOs) are already keen to make use of the compact and portable Switch.

“Having tournaments on Wii U systems is actually a hassle,” D1 said. “I think TOs are ready to make the switch (no pun intended.) Immediately after the game's launch I think people will be hosting events, possibly even the day of. We shall see what happens!”

“TOs are already talking about Smash Ultimate tournaments literally days after the announced release date (December 7th),” said TK. “In fact Glitch 6 is slated to be that weekend so people will have about 30 hours with the game (not including sleep) before they can try their hand in tournament at Xanadu.”

As for the casters themselves? Unsurprisingly, they’re both already making plans for Ultimate.

“One of the reasons I'll be focusing mainly on casting Ultimate over everything else is because it’s an opportunity to bring more newcomers to the scene,” D1 explained. “That's what a lot of people mention is one of my strengths as a caster, trying to make the game palatable for the uninitiated.”

“I am moving over to Ultimate,” TK stated. “If a tournament arises where they have 4 and Ultimate I will commentate both, and if a tournament arises where they have all 3 games then I will commentate all three. As far as competing I'd like to see ALL scenes try out Ultimate for at least 3 months, I know the Smash 4 players will stay but I'm interested in how much of the Melee scene will stick around for a while before Solo gaming Melee again”

It’s the early opinions of Melee’s elite that will play a large role in how well the game is adopted by the community. Reactions from E3 and pre-release events like CEO are therefore crucial. Melee isn’t likely to go anywhere, but it certainly feels like a few more players are keen to give Ultimate a try. James ‘Duck Ma is widely recognized as one of the best Melee Samus players in the world, and is eager to go hands on with Ultimate come launch.

“I'll definitely give it a try to see how the game feels,” Duck said. “I entered a couple tournaments in the beginning of Smash 4's life span and had some fun with it, but I ultimately didn't end up playing the game seriously.”

Could Ultimate provide a longer lasting appeal? Early hand-on experiences have left a good impression, but most players are waiting for their chance to sink in the hours.

“It really depends on how the game ends up feeling,” said Duck. “Everybody has a lot of theories right now on how aggressive/defensive the game will be but nobody knows for sure. I'm fairly certain the majority of melee players are in the same boat as me, we're waiting so we can try the game out for ourselves and make a decision, we're all Smash fans at the end of the day.

“Just based off of what I've followed, Nintendo has made good steps in removing things people didn't like and improving on the things that people did like. The question really is how the new mechanics will affect competitive play.”

Others are in need of a bit more convincing. UK #1 and #2 Aaron ‘Professor Pro’ Thomas and Robby ‘VA’ Gee are far more cautious, remembering the excited build up the previous two games received.

“Prof and I were talking about how burned we felt when Brawl was released so it’s difficult for us to get excited about a new game,” said VA. “This is our third new Nintendo released Smash game, we know what to expect at this point.”

“I personally won't be putting serious effort into the game, though I will definitely test it out,” said Prof. “What will convince me to play is 100% based on what I see from top players' gameplay since that is what I am primarily interested in.”

“It’s hard for me to say until I’ve played it but It’s unlikely that I’ll give it serious effort,” VA said. “I will definitely buy the game, play it a lot and see how it feels — I’ve done this with Brawl and Smash 4 but in the end they never felt as fun as Melee.

That fun-factor many Melee players cite typically refers to the freedom of movement Nintendo’s GameCube classic grants. Once you’re accustomed to its punishing pace, the later games often feel sluggish by comparison.

“The biggest complaint I have heard by far from practically every Melee player I have spoken to is the movement options,” Prof said. “No-one is expecting an exact port of Melee but we want some of the movement options like wavedashing, dash dancing and aerial mobility to feel a bit more like Melee did. If the movement of the game feels 'good' by Melee-esque standards, you have basically sold the game to a huge portion of the Melee community in an instant.”

Ultimate has certainly made advances on that front, bringing back directional air dodges and introducing the ability to input any action our of a dash, but series creator Masahiro Sakurai is notoriously outspoken when it comes to the downsides of Melee’s intensely technical gameplay and competition. Still, Ultimate appears to be making concessions there too. A good portion of Nintendo’s E3 Treehouse Livestream was dedicated to demonstrating features such as built-in short hop aerials that autocancel (effectively ending before landing and thus removing the lag), making it easier for new players to pull off advanced techniques. It’s unlikely we’ll ever see wavedashing return, but with Ultimate Nintendo is attempting to find a middle ground, albeit one which leans far more heavily towards the WiiU game.

All in all it seems like the jury is still out when it comes to the best of Melee, but Ultimate has already made a big step simply by getting people talking. Few players are ready to outright dismiss the game and that alone will be enough get a wider market to give it a try. One reassuring truth is that Melee itself doesn’t appear to going anywhere. No matter how much a new game appeals there will always be players drawn to the pure competitive essence of Nintendo’s 2001 fighter.

“Melee will never be replaced because Melee is its own entity,” TK said. “Regardless of what titles come out Melee will live, and that's good because it pretty much means we’ll always have at least two Smash games for people to enjoy competitively.”

Be sure to check out the wealth of Super Smash Bros. Ultimate content available on AllGamers. Did you know Ultimate is bringing back every single previous Smash fighter and more? Heres' our complete confirmed character roster for Ultimate to let you know everyone who made the cut!