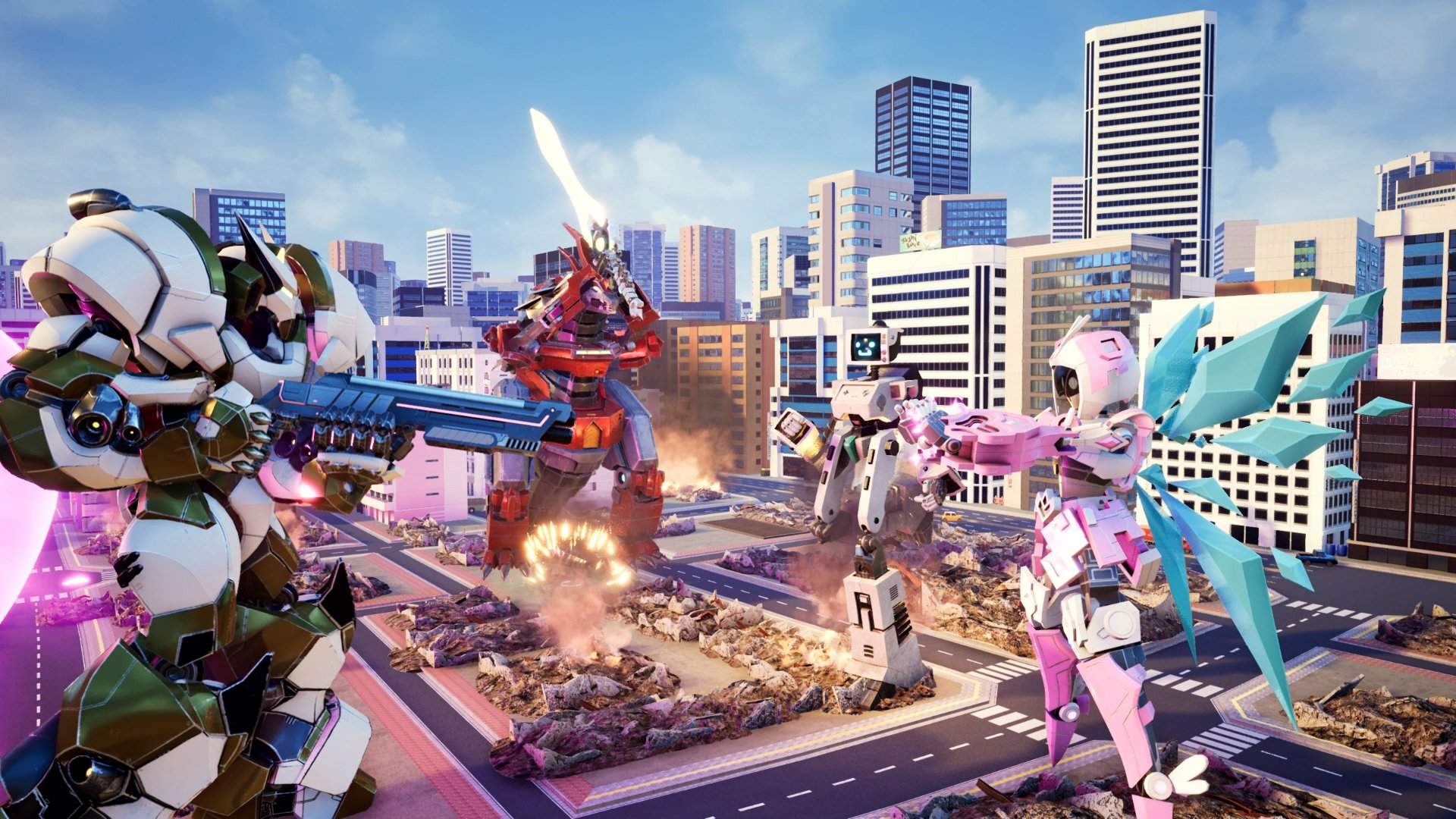 Indie studio Modus Game has announced Override: Mech City Brawl, coming to PC, PS4 and Xbox One on December 4 this year. If you have a taste for giant mech action, it looks pretty sweet. Check it out.

The game features 12 mech designs, with their own fighting style and special moves, each of which can also be augmented with new weaponry and given custom paint jobs. The maps that you'll trample during your battles are based on real cities and countries, including San Francisco, Egypt, Mexico and, of course, Tokyo.

As well as local and online competition modes, Override also has a story mode - in which you seem to be able to battle monstrous kaiju - and you'll also be able to live out your Voltron and Megazord dreams in a four player co-op mode, where each player controls a different part of the same mech.

Sound good? There'll be a closed beta at some point before the game launches. You can sign up to take part over at the game's official site.