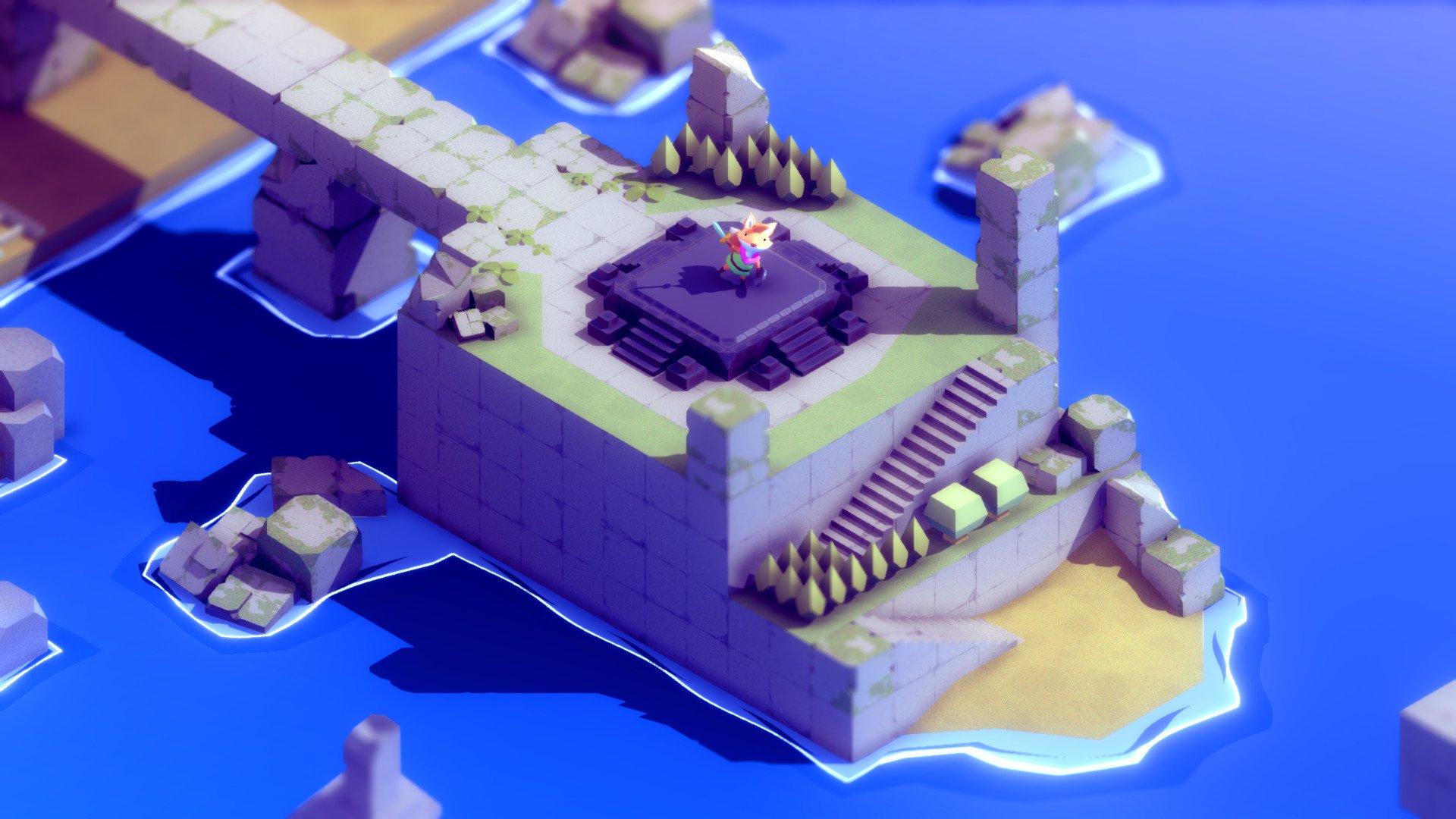 Tunic's solo developer on inspiration, gameplay and finding a team for his foxy RPG

Tunic was originally announced as Secret Legend back in 2015 and we have been teased with small glimpses of its Zelda-inspired gameplay ever since. However, the recent trailer shown during Microsoft’s E3 2018 conference has given us yet another tantalising look into the game's beautifully crafted isometric world.

Tunic instantly calls to mind the old-school adventures of Link in the past but stars an adorable fox with heroic ambitions. It’s all rather charming and we can’t wait to fight our way through monstrous dungeons, explore puzzle-filled lands, and uncover the game’s hidden secrets. Unfortunately, there isn’t a confirmed release date, but we did have the pleasure of talking to Tunic’s lead developer, Andrew Shouldice and producer, Felix Kramer who helped shed some light onto this mysterious top-down title.

What was the main inspiration behind Tunic?

Andrew: Tunic is inspired by lots of games, but at the forefront is the sense of discovery that we experienced when playing games as kids. That feeling of being in a place that’s new, a bit scary, and bigger than you! We often ask players what games Tunic reminds them of, if you feel like it’s in there, it was probably an inspiration.

Working on such an ambitious title can't have been easy, but I was amazed to find that Tunic was developed by a one-man team. What are the main hurdles to developing a game by yourself? Has it been a difficult process?

Andrew: Being a mostly solo dev on a remote team is tough - but the key is surrounding yourself with people who can best support you in creating your game. Tunic has Finji, who are partners in both business and design, and a producer, Felix. It’s easy to call it a one-man team, but in actual fact there are so many support roles that make it possible for me to continue working on the game from my office in little ol’ Halifax!

Felix: It’s true that it’s Andrew’s project and his vision, but it takes more than just one dev to make a game. Andrew is the artist, animator, designer, and programmer. But on sound we have Power-Up Audio, and the soundtrack is by Lifeformed.

The game looks absolutely gorgeous and I love the overall simplicity of the world. Why did you take this kind of design approach?

Andrew: Tunic’s world is a lonely place, and at first glance it might look very minimal — but we’re hoping that for those who take the time to explore and look a little closer, there is a little more there to discover. Maybe this place wasn’t meant for you, and you’re a bit of a trespasser!

Felix: One of the reasons Andrew chose a geometric look for the environment is that he’s a programmer by trade and (at least at the start) a world made of simple shapes was the least intimidating. Over time, things have become more detailed, but the world has retained that slightly abstract, angular look.

What was the design decision behind making certain in-game dialogue illegible? How did you come up with this idea?

Felix: Wait, there’s a language in the game? Oh! You mean those signs everywhere? Yeah, it’s weird right? We aren’t sure what they mean yet, but it hasn’t stopped us from playing.

Can you give me any information regarding the game's sound design?

Felix: We are so excited to be working with some of the best in this industry - on sound design is Power Up Audio, the studio that brought you soundscapes on tons of indie titles including Into the Breach, Celeste, Crypt of the Necrodancer, Darkest Dungeon, and more. On soundtrack is Terence Lee (Lifeformed), known for his work on the Double Fine Documentary and Dustforce. We’re really lucky, it’s a killer team.

Tunic looks warm and welcoming from the outside, but the combat feels like it has a real weight to it. What can you tell me about this area of the game?

Andrew: Sometimes being a tiny fox isn’t just about rolling through grass, in this world you’ll encounter some pretty big and scary baddies. You’ll have to use your wits and a little bit of planning and strategy to take on monsters that are much bigger than you. Players who pace themselves and take the time to read the situation will definitely be up to the challenge.

What kind of progression can players expect to see during their time with Tunic?

Andrew: We’re still developing the game, so we’re saving some of these details for launch. But we can say that while Tunic isn’t the kind of RPG where you’ll be putting points into Wisdom or speccing your build for blacksmithing or anything, you will become more capable as you play. New items will open up new ways to approach combat situations and new places to explore. Most importantly, however, will be how you, the player, improve — you’ll learn new techniques and secrets that will help you see the world in a new light.

Lastly, is there anything you'd like to say to those who are eagerly awaiting the game's release?

Andrew: Stay tuned! We’re still not sure when the game will be out, but if you wishlist us on Steam and sign up for our newsletter at tunicgame.com, we’ll be updating everyone there when we’re ready to make our next announcement.