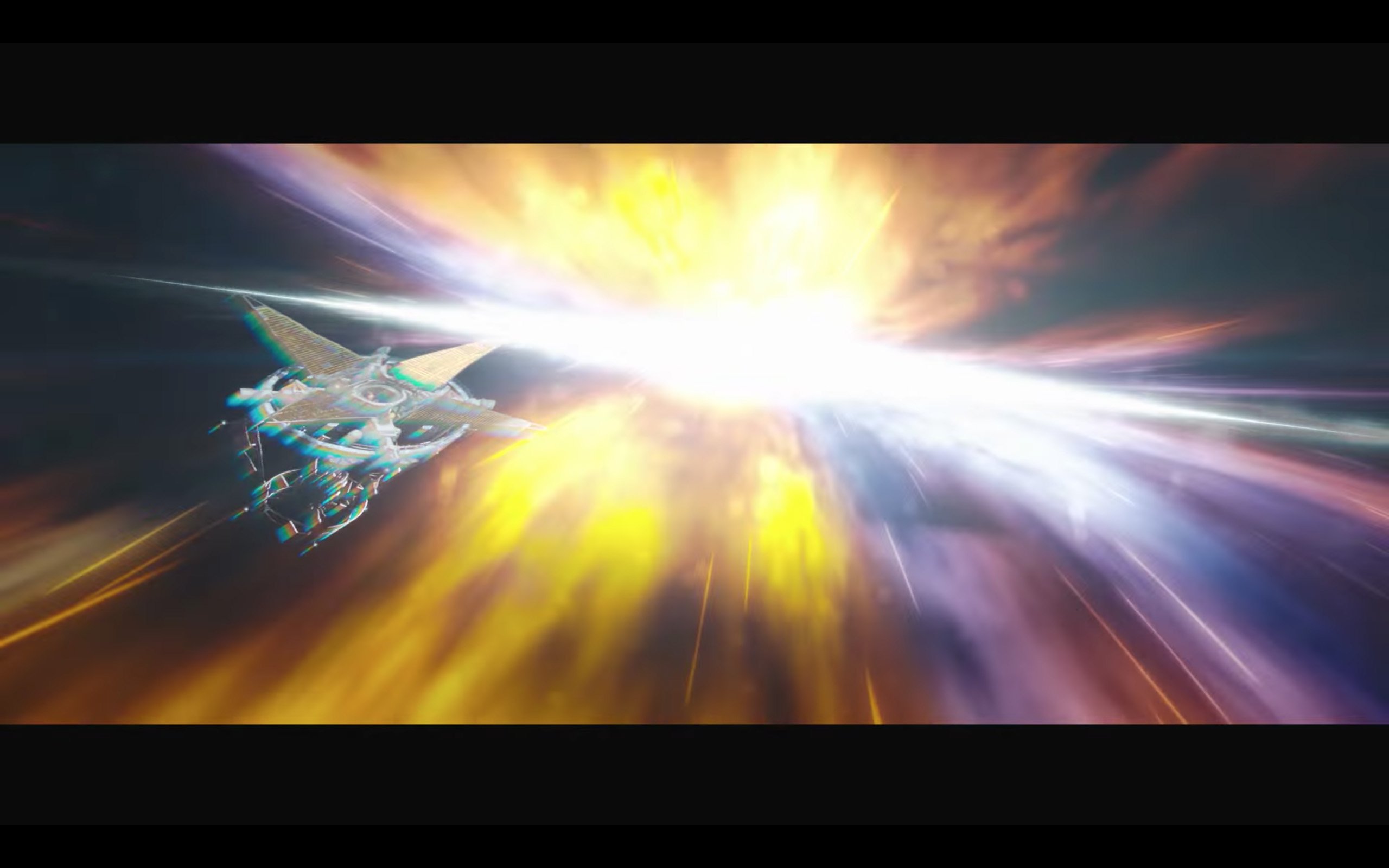 The Elder Scrolls meets sci-fi is something we’d love to play. We may not be playing it until 2020, but Bethesda’s confirmation that Starfield exists is hope enough for now. Nothing at all specific has been mentioned about “the new space epic”, other than the official YouTube channel blurb pointing to, “the first new franchise in twenty-five years from the acclaimed developers of The Elder Scrolls and Fallout series.” Both Pete Hines and Todd Howard, the respective Global Senior Vice President and Executive Producer at Bethesda, have referred to Starfield as insane, presumably in awe of the project’s scope and thrilling opportunities.

The existence of Starfield has been one of the worst kept secrets since Bethesda registered the trademark in 2013 – an “online interactive” computer game “for use with computers and video game consoles” that would be “downloadable software offered via the Internet and wireless devices.” That’s fairly broad, and leaves a lot of things open. During E3 2018, however, Todd Howard has clarified that Starfield is definitely a big single-player game, but stopped short of saying a big single-player game only. We have one good reason to believe that Starfield could lean the way of shared-world shooter Destiny owing to the departure of Bungie’s senior gameplay designer, Josh Hamrick, in 2015. Hamrick later confirmed his new post of Senior Systems Designer at Bethesda. Hamrick previously worked on Halo: Reach.

Is Starfield a next gen game?

Todd Howard recently revealed that "next generation" in terms of Starfield was representative of both the game and the hardware it will be played on. This likely means Starfield will launch on next generation consoles though whether it is a title that bridges the gap between generations is yet to be seen, as GTA V has for the current generation.

Whatever Starfield turns out to be, the nature of it is reported as firmly established, and builds upon the expertise that Bethesda has become known for – kick-ass, colossal RPGs. There may be deliberate clues in the brief trailer released earlier this month (a single word reflected in what could be an astronaut’s helmet, possibly ‘constellation’ or ‘Constantine’) but officially, the trailer is said to be a mood indicator. In which case, we can expect to be taking Starfield very seriously, owing to the somber music and complete absence of corny sci-fi visuals. We see a planet, a sunrise, and some kind of warp or explosion. A big event.

What is Starfield about?

It is possible that the concept for Starfield has been kicking around since as far back as 1998, and Bethesda’s cancelled PC project “10th Planet”. That was mainly a space battle scenario, along the lines of LucasArts’ “TIE Fighter”, however. Given all that Todd Holland has let slip during interviews about Starfield, the new project is along the lines of planet based quests.

It has been interesting to revisit rumors circulating from last year, and matching them up with recent facts. For example, Reddit user “yaosio” had claimed that Starfield would feature procedurally generated environments, which seemed way off the mark. Then we learned how The Elder Scrolls 6 is being built using procedurally generated forests and such, and maybe the other rumors ring true, being that Starfield features a space station as a base of operations, recruiting and training a crew with Deep Space 9-style diplomatic objectives.

Since wild speculation is perfectly fine at this stage, we’d also throw in that, a little over a year ago, Bethesda Montreal was advertising for a position of Game Performance Manager on a “bleeding-edge AAA freemium game.” Bethesda says that the Montreal studio would be moved on to Starfield once Fallout 76 is complete. Starfield could an MMO-style, free-to-play experience across multiple platforms, including mobile. Bethesda applied for a fourth Starfield trademark in 2016 for “mobile application software.” Possibly a companion App.

Is Starfield a standalone or subscription game?

As the industry moves toward Software as a Service, meaning that our tech at home needs to be not much more than a suitable screen and a blue-tooth controller, it could be that Bethesda is looking to launch a fully online experience accessed from just about anywhere. That would be mind-blowing, and deserving of incredibly coy positioning from Beth execs. Whether this is across multiple existing platforms in the case of the mobile and freemium hints above, or waiting for a next generation of home consoles with portable functionality, Bethesda are keeping tight-lipped.

Thinking back to 2006 and The Elder Scrolls IV: Oblivion, the sheer scale of Cyrodiil, Tamriel, was awe-inspiring; unprecedented. It was the perfect pairing of technology and concept, arriving at a time when gamers had grown hungry for such an adventure, knowingly or not.

We can readily believe that the origins of Starfield began before Destiny, that it is very much a dream project for Holland and Hines, and something only Bethesda could devise. E3 gossip has suggested that Starfield is the next major leap in video games, which could point to both the scale of the narrative, open-worlds not just one open world, and the style of delivery.

We dare say that Bethesda is risking quite a bit by encouraging such colossal amounts of speculation to establish the idea of what Starfield could or should be, many months if not years before the public gets to see exactly what’s in store. We are secure in our expectation of a Bethesda experience being more story-based and deeply RPG-orientated than Destiny, and its systems more experimental than what we’ve seen so far from BioWare and Anthem.

While we do cherish the idea of a well-wrought campaign amid a captivating universe, a part of us also hopes that Bethesda – given its Fallout 76 PvP experiment – will feed into the ultimate, open-ended adventure with roots in the serious side of science fiction. Something to inspire us, and make us think while shooting monsters from Mars. Reasons to return.

Right now, we don’t care too much about the platform. Just give us more on the game. Let us know what you think Starfield could be in the comments down below.