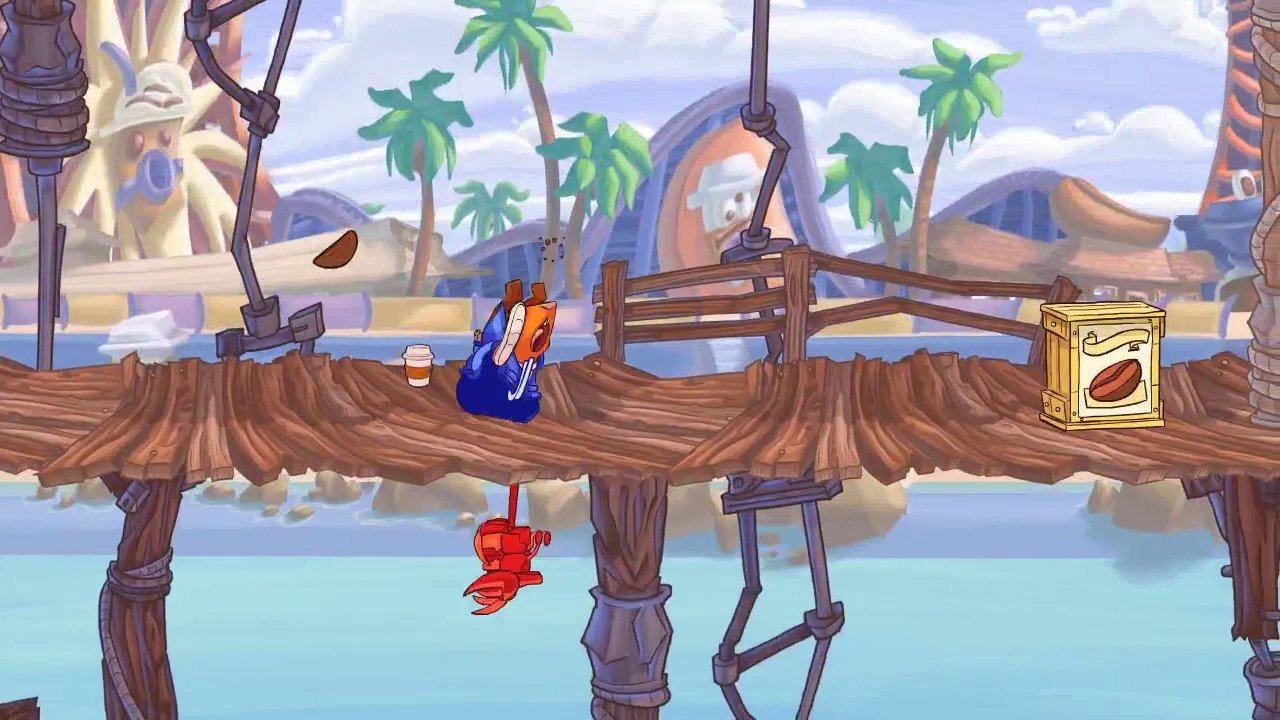 On Saturdays, gaming studios and developers hop on Twitter to share the latest GIFs, videos, and images of their games as part of #ScreenshotSaturday.

Browsing through Twitter, we’ve compiled a list featuring some of our favorite items from the latest #ScreenshotSaturday selection. This week, we have a nice blend of physics, pixels, and even guinea pigs doing parkour. Want to know more? Let’s dive right in!

The first awesome #ScreenshotSaturday offering comes from Twitter user Luis Moreno Jimenez who’s currently hard at work developing a game called Bleak Sword. In the GIF shown above, you can see a small snippet of action from Bleak Sword with the description “Minibrawl.”

The GIF really highlights the unique depth and dimensions in Bleak Sword, complete with the game’s signature pixel art style. Combat looks really fluid here, and when it comes to updates, Luis noted that he's previously done work on the game’s camera system to enable users to quickly focus on new enemies.

Working on a lot of not "showable" stuff yet :D, but here, a new fx to show that the sword is charging #screenshotsaturday #gamedev #indiedev #pixelart pic.twitter.com/WOtLicJ6QC

I've added a little preview that allows you to see how changes you make to the palette would affect your artwork. (Example art: "Sintel Paintover" from @davidrevoy) #screenshotsaturday pic.twitter.com/r3bcomb51A

The next #ScreenshotSaturday GIF comes courtesy of Twitter user Beast and their latest project, Color Tool. Color Tool lets artists create brand new color palettes completely from scratch. In the GIF, you can see how changes made to the palette in Color Tool affect your artwork as a whole, giving you more control over your artistic vision.

According to Beast, they hope to turn Color Tool into “fully functional, professional software” along with appropriate pricing sometime in the future. Once released, Color Tool will support 6 different export file types (.gpl, .colors, .spl, .pal, .act, .aco) in effort to encompass the majority of art applications.

Beast noted they’re aiming for an Early Access release of Color Tool in August, so if you’re eager to try the game for yourself, be sure to follow Beast on Twitter for new updates!

A bit of background info on why I am creating ColorTool and how it is designed to work. https://t.co/OCZ7DQlizw

The next #ScreenshotSaturday showcases a little game its creator has dubbed “Bam! Ponk! Pow!” in a new tweet. Here, we can see samples of the game which is currently in development by Twitter user KevKev. Kevin uploaded a variety of different samples of the physics and gameplay featured in his latest project as part of #ScreenshotSaturday in effort to show gamers just what they can expect.

While answering inquiries about the game, Kevin explained the camera movement functions as a simple “#cinemachine dolly track cam.” This includes “some slight noise, high vertical damp, and a look ahead time of 0.1.” To hear more about this project, be sure to follow Kevin on Twitter to check out all of his amazing game GIFs.

excuse me sir, but there is some ketchup on your cheek...#gamedev #madewithunity pic.twitter.com/2LwZS0lC6e

Now that's what I call a coffee run! #screenshotsaturday pic.twitter.com/ng08V7NAe7

To add some lighthearted flair to this week’s #ScreenshotSaturday showcase, we have a new look at the game Guinea Pig Parkour courtesy of the game’s official Twitter account. According to the description on Twitter, Guinea Pig Parkour is a “hand drawn game inspired by SNES Aladdin, Earthworm Jim, Mario 64 + Crash Bandicoot 2.”

These influences are certainly on prominent display in the latest #ScreenshotSaturday GIF where you can see the titular guinea pig loading up on coffee to give themselves a quick boost of speed. As part of a unique offering, you can keep up with Guinea Pig Parkour and its creator on Patreon. Different support tiers ranging from $1 up to $100 grant you different levels of access to the game while it’s in development.

Last, but certainly not least, we have a new look at one of the in-game bosses in Glo Phlox. The art was posted during the latest #ScreenshotSaturday and highlights the “boss of the swamp area.” Glo Phlox is dubbed as a “metroidvania” game and thanks to an incredibly active Twitter, it’s easy to see just how the game is being structured.

This includes looks at different colored wizard enemies, block puzzles, turrets, and other unique enemy types. Glo Phlox is really shaping up to be an incredible title and we can’t wait to see more updates in the future. To keep track of Glo Phlox, be sure to follow the game’s official Twitter account.