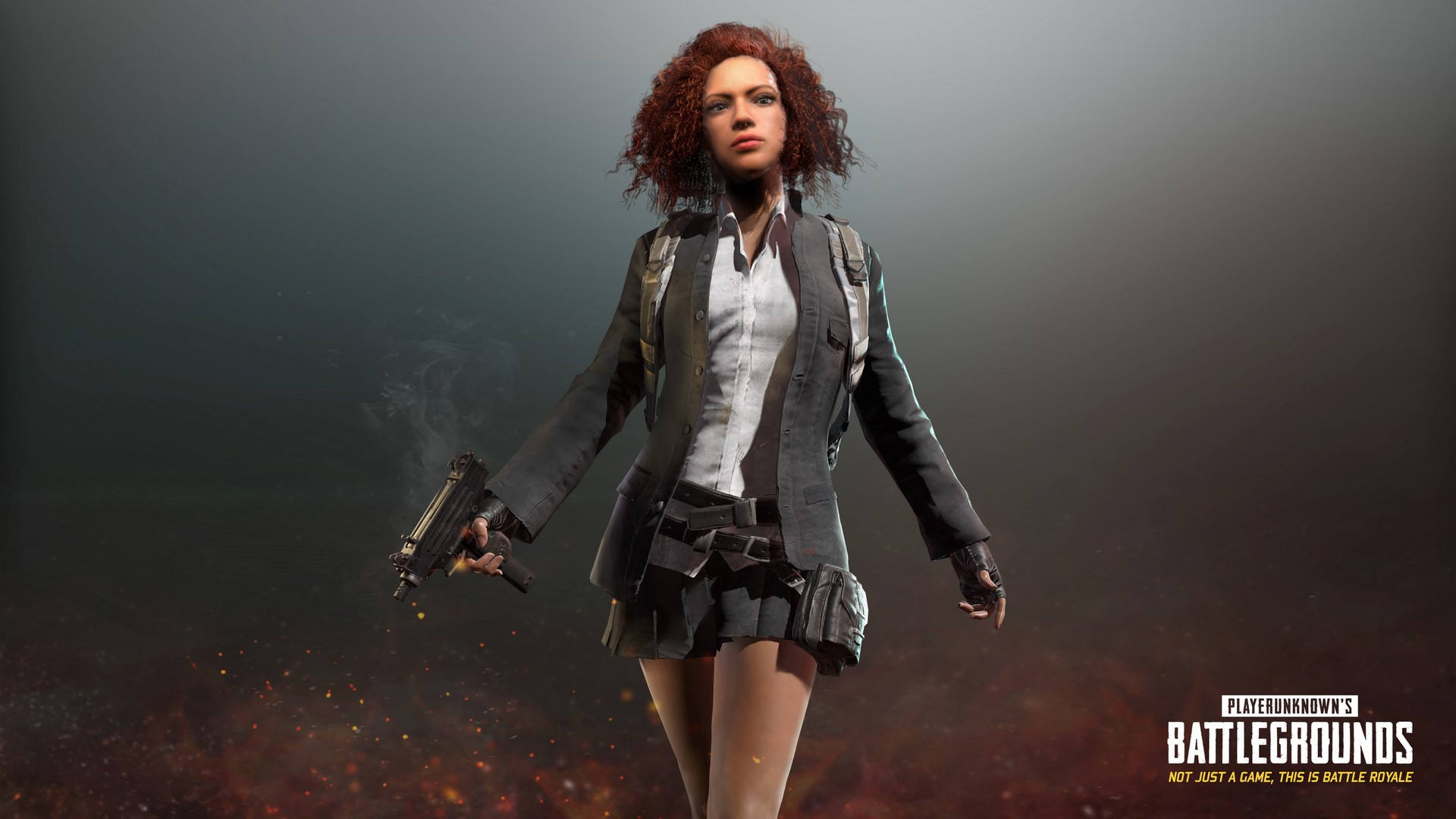 PlayerUnknown’s Battlegrounds has expanded from the paid release of a niche mod to an absolute juggernaut of online gaming. Finding your feet in a game like PUBG may seem daunting, but we’re here to help. Once you've got to grips with the basic mechanics of PUBG in our beginner's guide, these tips will help you progress to earning that regular chicken dinner.

The first thing you’ll do in PUBG is drop from a plane. When and where you land can have a big impact on your game’s outcome, so it’s important to learn how to do it well. If you're heading somewhere away from the flight path, your best bet is to fly as flatly as possible (horizontal) until you're roughly two squares on the map away. Once there you need to dive, dive, dive.

To get to ground fastest, you’ll want to aim straight down and hold W. If the speed gauge on the left is reading 234km/h, you’re doing it right. PUBG’s parachutes automatically open at a set height indicated by a solid white line. However, if you’re travelling at max speed, you’ll actually drop well past this point, significantly reducing the time spent in the air.

The faster you hit the auto release level, the more time you’ll save. If you've judged the distance well then you'll be the perfect distance to simply hold w and aim down with your parachute to land at the target. Tricks like this are crucial when contesting hot zones like School, Military Base or Prison. If you want to go for distance, you can always open early, but be warned: you’ll lose a lot of potential looting time for doing so.

Don’t pick everything up

Item space is limited and valuable, so you need to prioritize what you pick up. When you first land, grabbing a gun is key. If you’re in a populated area, forget about collecting modifications, sights or bandages, and instead hunt for weapons and armor. Pistols are okay, SMGs and shotguns are good, rifles are better. Grabbing a helmet and armor will help you survive those early tussles, so the sooner you can defend yourself, the better.

Once you’re a little more set up, look for a backpack and valuable healing. Collecting 25+ bandages might seem like a good idea in principle, but the chances of you actually making use of them are almost nil. In reality, you’ll rarely need more than five. First-aid kits and boosters (energy drinks and painkillers) are the real goal. A first-aid kit will heal a big chunk of health, while boosters offer healing over time, allowing you to mend on the move. This can prove vital if you’re ever caught outside the play zone.

A key point when it comes to looting is understanding attachment heirarchies. Front ends come in the form of flash hiders, compensators and supressors, and should be prioritized in that increasing order of significance. Compensators are aluable for the reduction in recoil they offer, but a silencer is the ultimate killer in PUBG, offering extra time before you're identified in an ambush. The only exception to this is probably the AK47. An unweildy weapon, it all but requires you stick a compensator on it to make it palatable. When it comes to foregrips, the vertical is almost always superior, though the angled is beneficial to some SMGs like the UMP for the reduction in aim-down-sights (ADS) time. Despite its in-game description, the vertical foregrip does not reduce ADS time, and the angled forgrip does not assist with vertical recoil.

Finally, you’ll want a ranged scope for your gun. PUBG’s map is enormous, and many fights take place over long distances. For this purpose, it’s handy to have at least a 2x scope. You’ll find 4x and even 8x magnifications around the map, and every player has their own preference. Most players prefer the 4x, but it's best them out and see what works for you. It's worth noting that, so long as you have the room, sniper mods are well worth grabbing, even if you don't have the gun yet. Chances are you or someone in your squad will run across one on the ground, or loot one from a player during the game.

Hold down left Alt in the default third-person mode and you’ll be able to rotate your camera freely without moving your character. This means that when you’re hiding prone in a bush, you can comfortably scan the surrounding area without giving yourself away. Lying flat on rooftops or near windows allows you to peek with minimal danger. You can also do this while moving, so keep an eye on your rear or any threatening positions. First-person mode limits your view, but still allows you to look left and right while running, so make use of it.

Death can be swift and unexpected, so remaining cognizant of the warning signs is key. Running players will make a great deal of noise, as will opening doors, so pay attention and you’ll often be able to locate and anticipate threats ahead of time. Smart thinking can avoid you giving off the same tells: Pick obscured sightlines when moving up on a compound, and stay in a crouched walk when hiding up close. Vaulting can also offer the chance to enter a compound without opening a door. If you want to be really sneaky, you can trick a player with the door sound before you or a parter vaults in from another angle. Be careful when hiding upstairs, however, as moving at anything more than a crouch walk will make a huge amount of noise for the people below you. If you’re outside and hear a car coming, it’s often best to lie flat and let them pass unwittingly, as no one likes to end up as roadkill.

When the shots come raining in, directional audio will provide a huge advantage, but the crack of bullets hitting the earth can mislead you into looking the wrong way. Try to recognise and isolate the gunshot sound only and take cover from that angle. If you’re being targeted by a silenced weapon, remember that bullets are more likely to land behind you, so the shooter is probably the other direction.Do the jiggle

If you’ve ever watched a top PUBG streamer, you’ll notice they’re constantly twitching, shifting position ever so slightly. The logic behind this is to always make yourself as tough a target as possible, particularly from snipers. Weapons like the Kar-98 are deadly, but require precision to be effective. Whether you’re looting a body or raiding a care package, make sure you’re constantly re-adjusting to throw off a potential shot.

When making a run for it, do your best snake impression and zig-zag. Sniping isn’t easy in this game, so any added difficulty you can provide will do wonders. Finally, if you’re really caught in the open when the shots come in, don’t be afraid to jump back and forth. Once your opponent is out of ammo, you can sprint for the nearest cover.

PUBG has a selection of weather effects the round can start with, but only two of them are of real importance. Fog is the most obvious standout, reducing vision to a fraction of its default settings. Here you can often afford to be far more bold in the early and mid-game than you might think. Running across open fields is far less dangerous than in a regular game, and can often be a safe mthod to cross terrain, as many players avoid them on principle, sticking to the hilly trees. In the final stages of the game, most fog matches end with around 6 players lying prone in the grass, each hoping not to be spotted by the others. Take extra care here, as you can often end much closer to your enemy than you might expect, and giving yourself away, even for a kill, is a sure way to get picked off by another.

The  other weather effect of note is rain, which heavily drowns out the sounds of footsteps. In this setting, you and your squad can be far more blasé when it comes to assaulting building, moving around to check windows speedily without worrying about your footsteps. Just be remember that others can do the same to you.

Each game of PUBG takes place in a series of shrinking circles. Around two minutes into the game, a large circle will be identified on the map. Players will then have five minutes to head in that direction before an electric blue wall begins to close on the rest. While this might seem scary at first, the early stages of the blue wall do only minimal damage over time, so don’t panic if you’re caught in it. Boosters like energy drinks and painkillers are essential here, and capable of completely mitigating the damage from the blue. Don’t stray too far for long unless you have a car or boat to help you get back, as death in the blue can be all too common and all the more agonizing after a long game. The circle may not do much damage at first, but later in the game it can prove lethal. A recent change also increased the circles lethality, dealing more damage the further you are from the edge, so make sure you're careful and plan ahead.

Don’t be afraid to fight

Keeping it stealthy while you Solid Snake your way through bushes is a surefire way to reach the top 20, but unless you can land that final shot, you won’t be earning many points. Killing other players is by far the most lucrative method to bank some PUBG bucks, and just a few successful fights can earn you far more than a top 10 finish.

Once you’re a bit more comfortable with the game’s guns and systems, try dropping right into the action by landing in a highly contested zone. If the starting flight path allows it, Erangel's School or Sosnovka Military Base are surefire ways to score some early battles, but large cities like Yasnaya Polyana or Georgopol will do just fine, too. Sure, you may die early, but five minutes spent fighting will prove far more efficient than wasting 20 minutes hiding before you’re shot out of the blue.