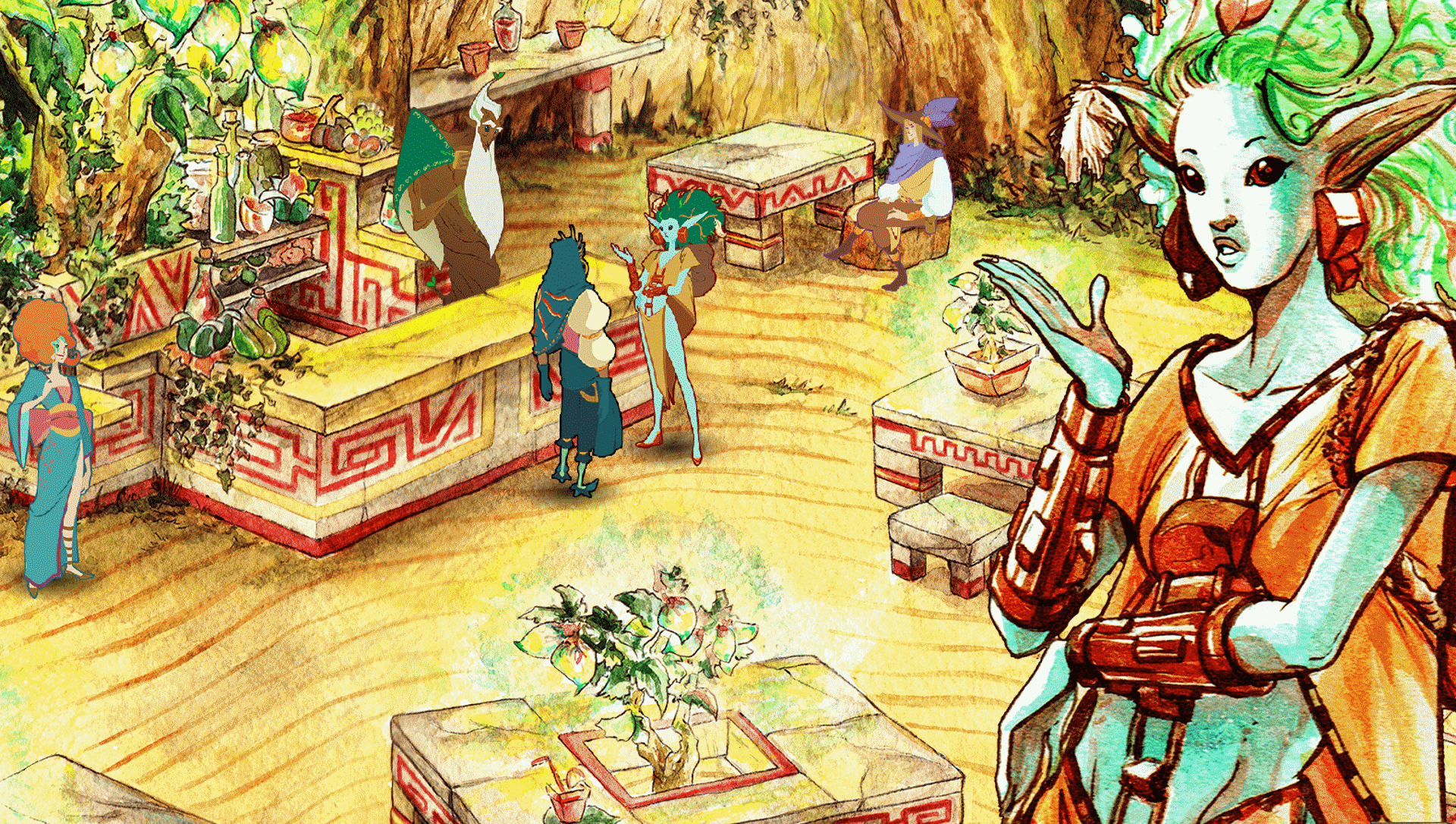 Every Saturday, studios and individuals the world over take to Twitter to share images and videos of their games in development as part of #ScreenshotSaturday. We’ve scoured the lengths of Twitter to bring you our favorite gifs, stills and videos from the weekend. This week we were happily rocking out to space metal, kung fu and tower defence when suddenly someone stole our face. Let us know if you figure out who’s responsible...

Some new monsters and level work from this week. In the upper parts of the Hive complex, a Hive warrior stands guard.

Did you blast through Samus Returns only to be disappointed at the lack of headbanging? Conquer Hollow Knight while longing for some sweet electric guitar riffs? Valfaris may be the rock-filled elixir you’ve been waiting for. Described as a heavy metal space saga, Valfaris will have you action-platforming across grotesque and deadly landscapes, blasting and carving your way through aliens that have invaded your homeworld. Of course, no metal game would be complete without its soundtrack, and Valfaris sees Curt Victor Bryant return to the call after working on developer Steel Mantis’ previous title, Slain.

Valfaris is currently planned for release on Steam in late 2018, though Slain also made its way to the Switch, so keep your eyes peeled on that front. Digital Uppercut released a 30 minute first look at the gameplay back in May which you can check out below:

How much chances my daughter have to become game developer in future?#screenshotsaturday pic.twitter.com/LmkOLQ1Q2y

Why hire artists when you could just use your children’s drawings instead? Sobaka Studio shows us just how effective this new strategy could be, with their child’s adorable sketch deftly wielding a staff to bosh enemies in their upcoming beat ‘em up, 9 Monkeys of Shaolin. Thankfully complying with child labour laws, Sobaka does actually appear to have their own fully grown artist and animator responsible for the many flips, swings and kicks you’ll have access to in the full game.

As the sole defender of your village, 9 Monkeys of Shaolin tasks you with beating your way past sword, spear and gun wielding goons in medieval china, all with the help of your trusty staff. If that sounds too tough, you could always bring a friend, as the game will be fully playable in co-op. 9 Monkeys of Shaolin is currently planned for release in 2018 on PS4, Xbox One, Switch and PC.

Tower Defence games have been around since the first modders started playing with the real time strategy genre. However, despite the success of the Defence Grid games, the Tower Defence has never quite hit the limelight. Thankfully, developers like MindWalker Games are here to drag the classical wave defence kicking and screaming into the modern day. Sentinels takes the staples of the TD genre — letting you position various turrets around a track to stop waves of progressively tougher enemies from passing through — and then mashes them into a highly mobile FPS.

In Sentinels you’re able to hop directly behind the wheel (or flight stick) of gunship defences, racking up combos and soaring across the field to pick off any pesky enemies your turrets let through. It’s currently in Early Access on Steam, and developer MindWalker Games has been putting out regular development blogs to show how the game is progressing. A team of two, MindWalker Games is even working on a VR version for the HTC Vive and Oculus titled Onslaught VR.

Selling Sunlight is a narrative RPG about a wandering merchant who hopes to bargain with the Sun for the return of their stolen face. If that isn’t a pitch to pique your story-hungry earbuds, we don’t know what is. Selling Sunlight has one of the most unique RPG premises we’ve ever heard, and looks to bring its tale to life in painfully gorgeous, hand-drawn art. Funded via Kickstarter, the core of the game intends to focus on exploration, conversation and trading instead of traditional combat mechanics. The creators describe their concept as “chamomile for the soul,” and we’re gonna be honest here, we could all do with a bit more of that. There’s a long way to go yet, but developer CoseBelle posts monthly updates on their progress to Kickstarter backers.

The world you’ll inhabit is caught between two polarizing climates. One side is a sweltering desert, permanently facing the sun. The other is a frozen wasteland, leaving humanity to inhabit a thin strip between the two, forever enveloped in twilight. With such a fascinating setting for the game, we’ll be keeping a close eye on this one over the months to come. Check out the official website for more details, or try the demo available on itch.io.

The Siege & the Sandfox - Cardboard Sword

Continuing the theme of jaw-droppingly beautiful games, last up this week is Cardboard Sword’s The Siege & the Sandfox. A stealth-focused metroidvania, you play as an assassin wrongly framed for the murder of a king. Cast into the dungeons below, your only hope is to make use of your honed parkour talents to sneak ever upwards, escaping from captivity to reveal the truth. Rendered in beautiful pixel art, the game has already drawn the eye of Chucklefish — independent studio behind Starbound and the upcoming Wargroove — who will be helping to publish it. You can check out additional screens or sign up for the development newsletter on the official website, or view plenty of streamed playstests on the Cardboard Sword YouTube channel.