Destiny 2 - How to Unlock Subclasses

Unlock your second and third subclasses in Destiny 2. 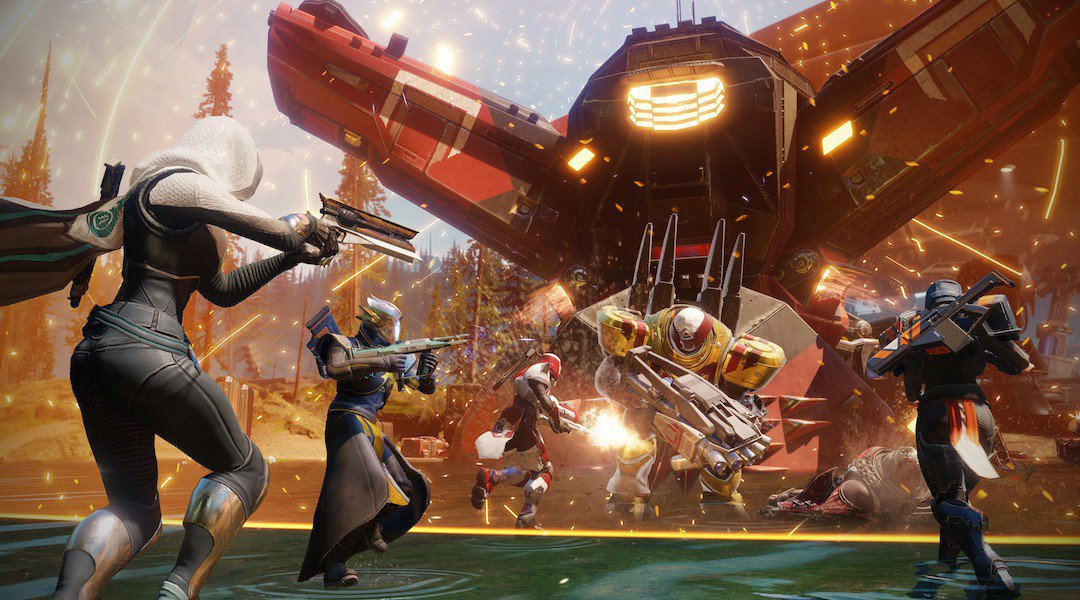 How to Increase Your FPS in PlayerUnknown's Battlegrounds

These quick fixes should help you squeeze out a few more frames in PUBG.

Public Events make their return with Destiny 2, pulling strangers together to fight back against various types of enemy attacks. The Public Events in Destiny 2 are far more involved than the first game, and include the ability to turn a normal event into a Heroic Public Event.

Heroic Public Events give bigger and better loot, as well as reward you with an Achievement or Trophy. However, activating a Public Event is challenging, especially when people don’t know what they’re doing, and it makes the Public Event significantly more difficult to complete. These Heroic Public Events are an ideal way to reach the max Light Level before the raid comes out.

Each Public Event in Destiny 2 can be turned into a Heroic Public Event by focusing on a key mechanic. By killing an enemy, destroying a node, or unlocking a barrier, a Public Event will turn Heroic and will have an additional step required to be completed before you will earn your reward.

Below are all known Public Events and the objective you must complete in order to turn it into a Heroic Public Event.

The Fallen Glimmer Public Event sees a Skiff drop off a Glimmer drill where you must kill the Extractors. However, if you wish to turn this into a Heroic Public Event, you will need to locate and destroy a little machine that is syphoning Glimmer out of the main unit. The little machine often sits off to the side and is easy to miss.

Destroy this machine, then proceed with defending and defeating the enemies. The Heroic version of the Public Event requires you finish the event by defending a massive pile of Glimmer.

The Cabal Extraction Public Event is where a mining drill comes down and you must stand in the circle to override it. Be careful of the lasers that point down at the ground, as they show where missiles will be landing.

To turn this into the Heroic Public Event, you will need to destroy a Cabal Thresher ship that flies in and attacks you. Once it is destroyed, a large Cabal unit will appear, take it down to complete the Heroic event.

Similar to Destiny, in Destiny 2, there is a Spider tank Public Event that tasks you with taking down an enemy Spider Tank Walker. To do this, you will need to destroy its legs and deal damage to its neck.

Prevent Vex from sacrificing themselves to complete this Public Event, but to turn it into the Heroic Public Event, you will need to stand in each of the three circles near the event. Standing in the circles will capture the point, and you must get each one to 100% before the Heroic modifier kicks in.

The Heroic version of this Public Event in Destiny 2 spawns more enemies as well as a Hydra, so be prepared for a fight!

In this Public Event, a Giant Servitor will appear and suck the Ether out of its allies. To turn this into a Heroic Public Event, you must destroy every single little Servitor that appears. If done correctly, Ghost or another ally will make a remark that the big Servitor is looking different somehow. The main Servitor will become more powerful, so be careful.

The Taken Blight Public Event tasks you with destroying a Blight that continues to move around the battlefield. Triggering the Heroic Public Event requires you to jump in and out of the smaller Blights near the larger Blight, this gives you the “Blight Receding” buff and allows you to damage the main Blight. Deal enough damage to the large Blight and a boss will spawn. Kill this boss to complete the Heroic Public Event.

Each of these Public Events are challenging in their own right, but if you’re looking for something more difficult, consider activating their Heroic modifier. Beating these Destiny 2 Heroic Public Events is easier when you have a well-honed Fireteam and the right Exotic weapons for the job, but even if you’re with strangers, try to activate them for the better loot.