Check out the best PC hardware deals of Black Friday. 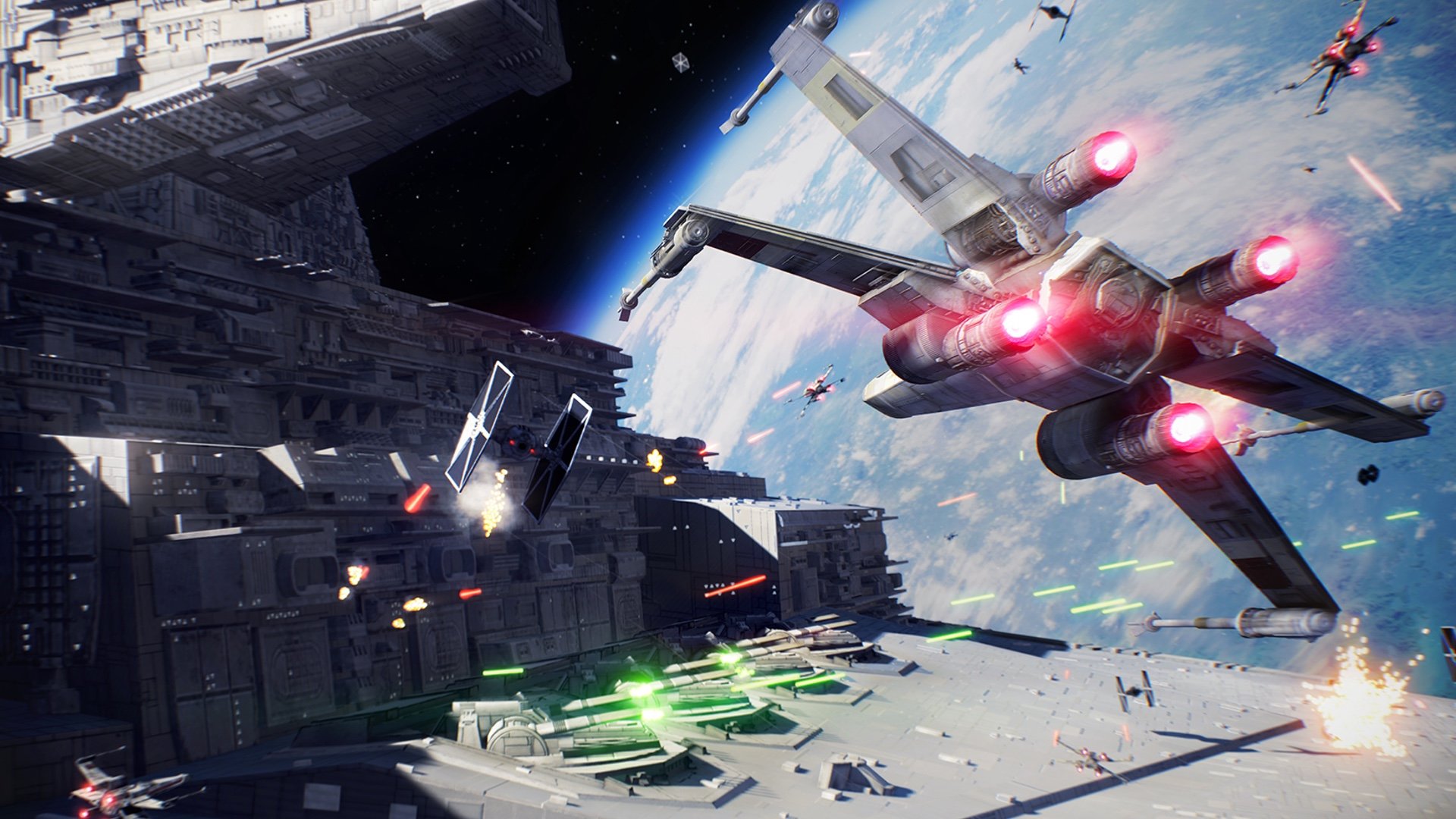 All the best deals for gaming laptops this Black Friday.

In Star Wars Battlefront 2, you'll have the opportunity to play as your favorite Star Wars characters from the galaxy, including the likes of Darth Maul, Boba Fett, Yoda and many more from George Lucas’ colorful cast. In order to dominate the battlefield, you’ll need to earn enough Credits and Battle Points to play as the most powerful Heroes and Villains in the game. This Star Wars Battlefront 2 guide will detail the best ways you can earn both forms of currency as quickly as possible!

How to earn Battlefront 2 credits fast

Although EA has announced that the amount of credits required to unlock the "top heroes" will be reduced by 75%, it can still take a while to earn all the Credits needed purchase your favorite Heroes and Villains. Below we've compiled some essential tips and tricks on how to earn those Credits quickly.

Complete the campaign – Completing Battlefront 2’s campaign only takes 4/5 hours, and you'll net yourself a nice profit of 5,000 Credits just for doing so.

Play online matches – The easiest way to earn those elusive Credits is to simply take your galactic fight online against other players. You will gain a certain amount of Credits for all the enemy players you take out over the course of the game, but the best way to increase your Credit income is to simply play the objective. For example, if you can destroy/defuse bombs and deliver intel to an extraction point in a game of Strike, you’ll receive more Credits than you would just gunning down enemy troopers.

Complete milestone challenges – Head over to the Career tab on the main menu to see the challenges for different game modes. Completing the Battlefront 2’s various challenges will reward you with Credits and Crafting Parts. Many of the challenges are fairly easy to complete and range from finishing a single player mission to simply levelling up. Completing milestones is fairly easy and they will gradually be reached by just playing the game at your own leisure. Be sure to check the Career tab every now and then to see what new challenges await you.

Open your daily loot crate – Loot boxes continue to plague modern games and these two words alone usually send cold shivers down our spines. However, one of the best ways to earn Credits in Star Wars Battlefront 2 is to open your daily loot crate. In Battlefront 2 you receive a free loot crate whenever you log into the game every day, which means you can unlock Credits and other in-game items with little to no effort.

Racking up kills, completing objectives and performing well in Star Wars Battlefront 2’s multiplayer will earn you Battle Points. These points can be spent on various boosts that can help increase your overall performance and turn the tide of battle for your team. You can spend your hard-earned points on various vehicles like the V-Wing and AAT-1, special classes such as the hot-headed flame trooper or, if you save up enough Battle Points you can even command a Star Wars Hero or Villain. Check out the helpful tips below to find out how you can quickly earn enough Battle Points to dominate your enemy.

Play the objective - This sounds simple, but it’s something many players don’t do. Sure, running and gunning down your way through waves of Stormtroopers and Droids is fun, but you'll actually earn a lot more Battle Points if you simply play the objective. For example, if you manage to retrieve the intel from the enemy base on Strike, or defend and attack the objective in Galactic Assault, you'll net yourself a nice bounty of Battle Points.

Take out AI enemies – You don’t have to just kill player-controlled troopers to be rewarded with Battle Points. In fact, it can often be best to cull a few AI units, especially when you’re severely lacking in points or just want to snag yourself a few easy kill on the side. Modes like Galactic Assault and Starfighter Assault are ripe with AI opponents, so don’t be afraid to focus your blasters on them to secure a tidy sum of Battle Points.

Use Special Characters – Sometimes you have to spend Battle Points to make Battle Points. Instead of waiting to cash all your points in for Darth Maul, why not use them on a Clone Jumptrooper or B2 Super Battle Droid? Special characters usually have increased damage, mobility and offer greater kill potential in firefights, meaning you can use them to acquire a lot of Battle Points in a short period of time. Don’t be afraid to use them as a stepping stone to unlocking your desired Hero or Villain.

Equip Star Cards - Lastly, using Star Cards will help bolster your current loadout and in some cases give you an advantage on the battlefield. Finding a playstyle that suits you will increase the amount of kills you get in a given game, which in turn will reward you with more Battle Points. Star Cards can be changed when you’re in a game, so if your current loadout isn’t working don’t be afraid to mix things up. Of course, Star Cards won’t make up for poor accuracy and overall awareness, but they can give you the opportunity to be more effective on the battlefield.