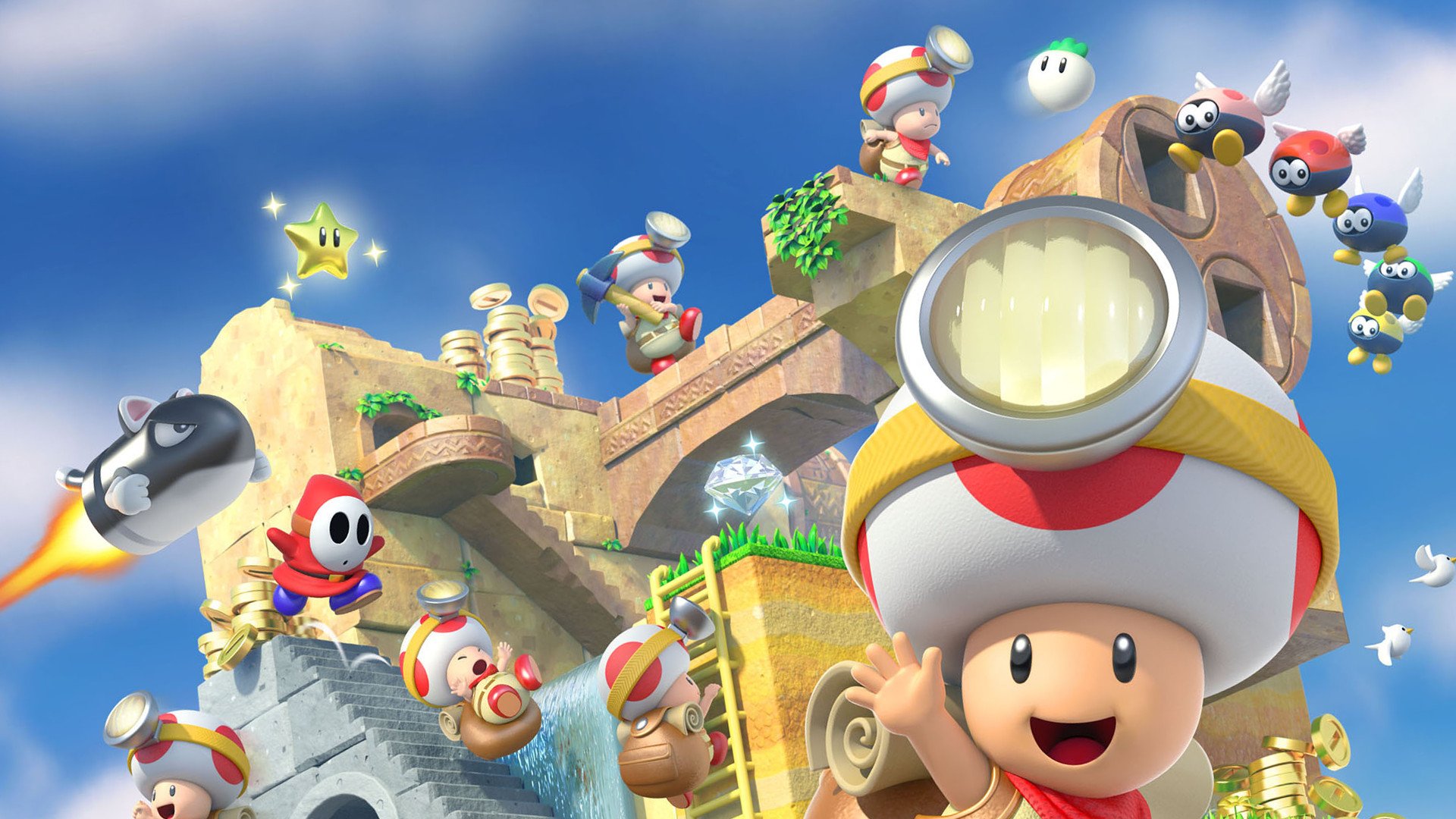 Reasons to go back to the Wii U

OK, we’ll be the first to admit that the Wii U was far from perfect. The controller was clunky, with limited battery life, and the marketing was so muddled that many people didn’t even realise it was a new console. The biggest complaint was simply a lack of games — even Nintendo seemed hesitant to release much. It was certainly short in quantity, but looking back at the beleaguered console highlights some real gems that didn’t get the attention they deserved. We’ve compiled a list of the games that make returning to your Wii U worth it. At least until they get a Switch re-release.

When Nintendo revived Donkey Kong Country on Wii, the results were fantastic. Inventive levels, gorgeous art and an old-school, arcade feel. For the Wii U’s follow-up they, well, mostly made more of the same. At the time it was a bit disappointing, and coupled with the Wii U’s tiny install base, it meant the game went largely unnoticed. We might not have been impressed in 2014, but three years has been more than enough to want another session.

Much like it’s predecessor, Tropical Freeze is a superb cooperative platformer, this time letting a friend tag along as Diddy, Dixie or even Cranky Kong. Each level is colorful, bouncy and filled to the brim with mischievous animals to roll through. Level themes like a thunderstorm or avalanche tie into the game mechanics in increasingly ingenious ways. The puzzle piece and KONG collectibles are also a real joy to find, often requiring some quite tricky teamwork to reach. Tropical Freeze is due a lot more credit than it got, so show this old gorilla some love.

The sequel also improves on all the problems of the original, while carrying forward the slick and skill-based combat. Bayonetta’s core mechanic is Witch Time. If you dodge an attack at the last moment, the world enters slow motion, allowing you to pull of even more ridiculous combos. You’re encouraged to live dangerously, which adds dramatically to the tension as well as the style. Barely avoiding a hit to be rewarded with a flashy follow-up just oozes cool. There’s no telling if it’ll ever see a release outside of the Wii U, so be sure to check it out while you can.

Just as we’d begun to get sick of the endless 2D New Super Mario variants, Nintendo released the excellent Super Mario 3D World. It wasn’t the full 3D Mario title we were hoping for, but instead did a stellar job of transitioning New Super Mario’s 2D coop hijinks to 3D. In fact, 3D World outdoes New Super Mario Bros. and the 3DS' Super Mario 3D Land in almost every way, offering far more innovations to the Mario format. Plus, who doesn’t want to dress the Mario cast up in adorable cat onesies?

You may have already played it through, but jumping back in with three mates is still a blast. In no time at all you’ll be back to wrestling each other for that first place crown, much to the despair of the one player who’s actually trying to complete the level. Even if you’re not a Mario fan, you can still enjoy the game's joyously jazzy soundtrack.

The Wii U never took off as an indie console in the way the Switch looks set to, but it did get a few neat titles. Affordable Space Adventures is a cute exploration-puzzler in which you pilot a budget spaceship around a hazardous planet. You can play alone, but the game is really designed for coop, splitting ship controls between players.

In a rare case of actually-making-use-of-the-gamepad, one player manages the ship’s engines and power distribution using the touch screen while the others control movement, lights and weapons on the TV. Inevitably this ends with everyone shouting as you scramble to re-route power to their demands, but it also feels undeniably slick when you’re all operating in sync. The Wii U was built around it’s multi-screen interface, so it’s great to experience a game that truly makes use of it.

Captain Toad: Treasure Tracker may be the secret best game on Wii U. Inspired by the single-player Toad missions in 3D World, Nintendo gave little Captain Toad his own full adventure, exploring suspended, blocky worlds to solve puzzles with Toadette. Many players overlooked Treasure Tracker on release, assuming it to be a lazy cash-in. Surprisingly, Toad’s independent venture turned out to be a charming effort, often quite challenging and easily deserving of the Nintendo name. The camera can sometimes present issues, but it doesn’t stop Captain Toad: Treasure Tracker from being an unexpected delight.

Super Smash Bros. for Wii U

It hardly warrants a reminder, but just like Mario Kart, Super Smash Bros. is a timeless classic, and the Wii U version is one of the best to date. It doesn’t offer much in the way of single-player, but that isn’t what we’re here for anyway. The multiplayer is bright, punchy, and features nearly every Nintendo character in existence (along with a few extras). Improving on the floaty, impactless combat of Brawl, Smash 4 succeeds in being a cracking party game while also hiding a deep and difficult underbelly. The game’s competitive scene is still growing, so if you need some inspiration, just check out this year’s EVO finals. Smash 4 was a huge success in spite of the Wii U, so we expect a Switch release in future. Until then, secure some snacks, grab your friends, and settle in for an evening of Smash.