Find out which games are getting an Xbox One X Enhanced update for 4K HDR gaming. 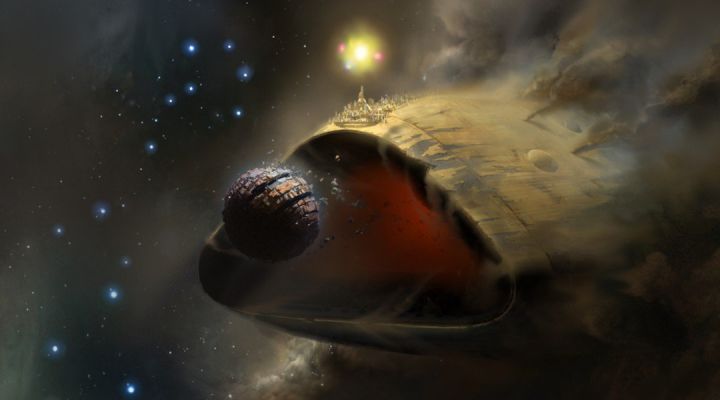 If you’re looking for new games to play on the PS4, these are definitely the ones to watch!

According to a leak of the PSN trophy list for Destiny 2, the first raid in Destiny 2 will be called the Leviathan. The leaked list has a trophy called Belly of the Beast, and the description Is “Complete the Leviathan Raid.”

Leviathan is a word that has been mentioned in Destiny Grimoire before, though we are not sure in what that will mean for the Destiny 2 Leviathan raid. Players have assumed that Ghaul will be the leader of a Cabal Raid awaiting us at the end of the game, but Bungie keeps its end game PvE content close. Ghaul might only be the villain of Destiny 2’s campaign, while a new threat awaits Guardians in the Leviathan Raid. Of course, the Leviathan could simply be a term for a giant Cabal ship and we are overthinking this.

Although Bungie has kept tightlipped about the Leviathan Raid so far, we do have two teasers to read into. The first is a Destiny 2 concept art that shows a large object swallowing up a smaller object in space. Is this the Leviathan? With a Trophy title like “Belly of the Beast” it would certainly seem like we will be traveling inside of a very large structure.

The second clue is a Gif that Bungie released to tease a Raid.

In Destiny 2, there's a new Raid. But that's a mystery to be unlocked later. pic.twitter.com/HdiGOZxWku

This architecture does not exactly resemble any Cabal structures we’ve seen before, and is closer to Hive. The giant window in the background is reminiscent of Vex, specifically Atheon’s Vault of Glass. This could be a Cabal ship of course, SIVA looked nothing like Fallen architecture before they were infected by it, and we haven’t seen much of the Cabal in their own setting.

Unfortunately, players will have to wait a bit longer to uncover the secrets of the Leviathan Raid in Destiny 2, since it will not be available at launch on September 6th. Destiny has traditionally waited to release the raids in order to give everyone time to level up enough to attempt them. We know the Leviathan Raid in Destiny 2 will be launching in Destiny 2’s “launch window,” an ambiguous term, but one that implies we won’t have to wait much longer after launch.

For more on Destiny 2, check out all the Class Abilities you'll be using in the Destiny 2 Leviathan Raid.