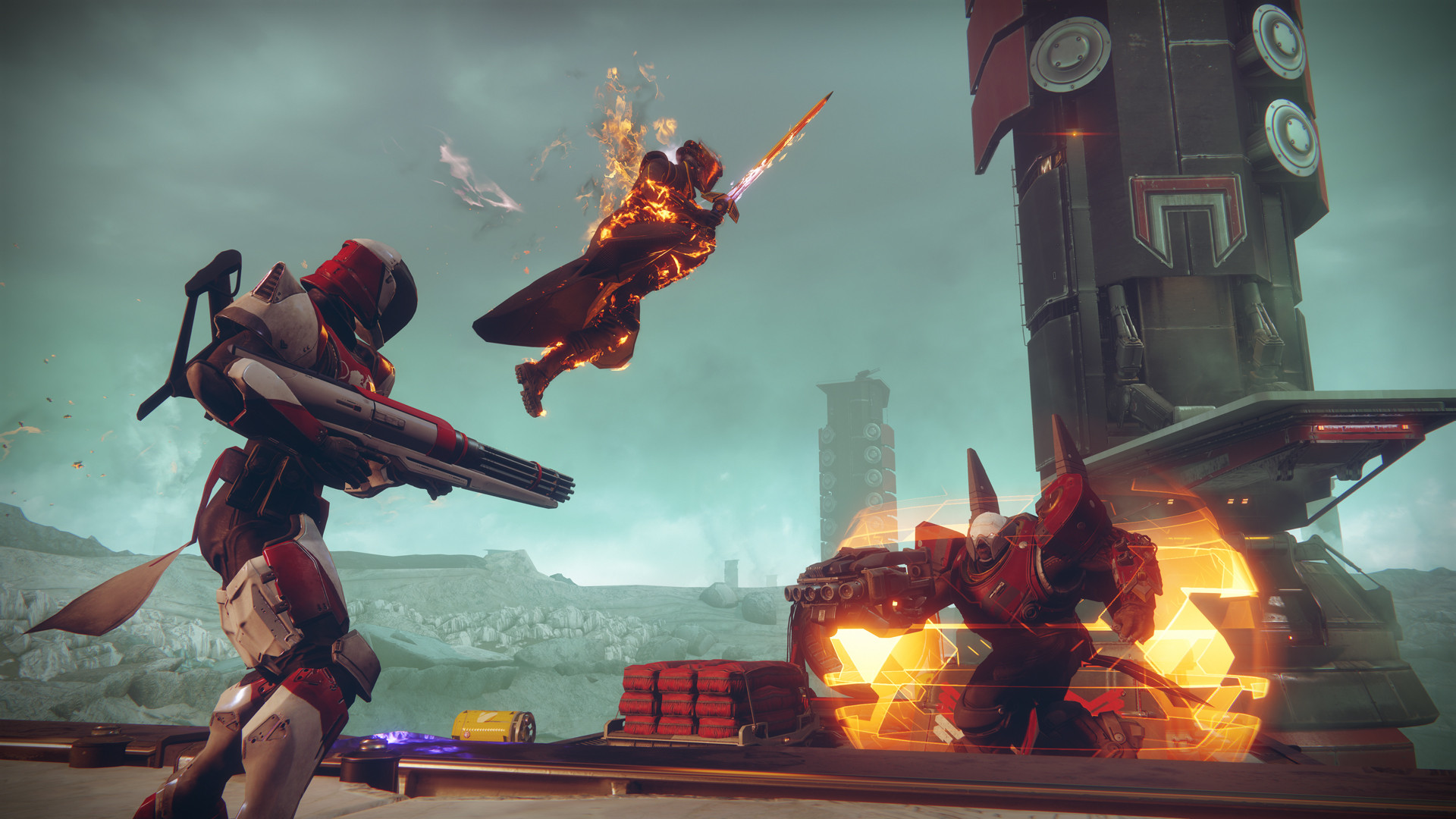 Whether you're a Warlock, Titan, or Hunter player, you'll be receiving a brand new Class Ability when Destiny 2 launches. These Class Abilities are an additional ability that will help increase your deadliness as you fight back the Cabal and reclaim what Ghaul took from you.

Class Abilities, as the name suggests, are abilities that are tied to each individual class: Warlock, Titan, and Hunter. Every class has three subclasses, each with their own perk clusters. However, Class Abilities are not tied to a subclass, meaning whether you're using a Solar, Void, or Arc subclass, your Class Ability doesn't change.

To further complicate the matter (for those who aren't accustomed to Destiny's setup), each Class Ability has two versions that change how you play.

The Warlock's Class Ability is a high-utility skill that greatly benefits your team in PvE and PvP. Depending on what Rift effect you choose, you can either heal and increase your allies' shields to overcharge or increase your Fireteam's damage output.

Healing Rift: Conjure a well of Light that continuously heals those inside it. While inside this Rift, players will be healed beyond their normal health, up to an overshield.

Empowering Rift: Conjure a well of Light that increases weapon damage for those inside it.

The Titan's Class Ability enables them to summon a wall that offers directional protection. The wall can either be a tall wall that simply obstructs an area or a small wall that enables automatic weapon reloads when using the aim-down-sights and crouch mechanic to peek.

Towering Barricade: Create a large barrier that can be used to reinforce a position with cover from enemy fire. Allies can pass through this barrier without trouble, but enemies will be slowed when they come into contact with it.

Rally Barricade: Create a small barrier that allows you to peek over it while aiming down sights, and that instantly reloads your equipped weapon when you take cover.

The Hunter's Class Ability is a very solo-focused ability, but they make up for this with their perk clusters. The Hunter can either use their Class Ability to automatically reload their weapon (an excellent ability for Crucible) or dodge to immediately recharge a melee, which is fantastic for PvE play, especially when playing an Arcstrider or Nightstalker.

Each of these Class Abilities are extremely fun to use, and offer great benefits when used effectively, but some are viable for PvE while others work well in Crucible. For instance, the Empowering Rift, while useful in PvE when attacking bosses and minions, isn't so useful in Crucible given the small damage increase and the low player health pool.

As always, it's often up to personal preference when selecting the Class Ability, but it can be helpful to use one that will benefit your team – unless you're a Hunter. Be sure to check out Tank War Room's Destiny 2 hub for guides, news, information, and leaks!