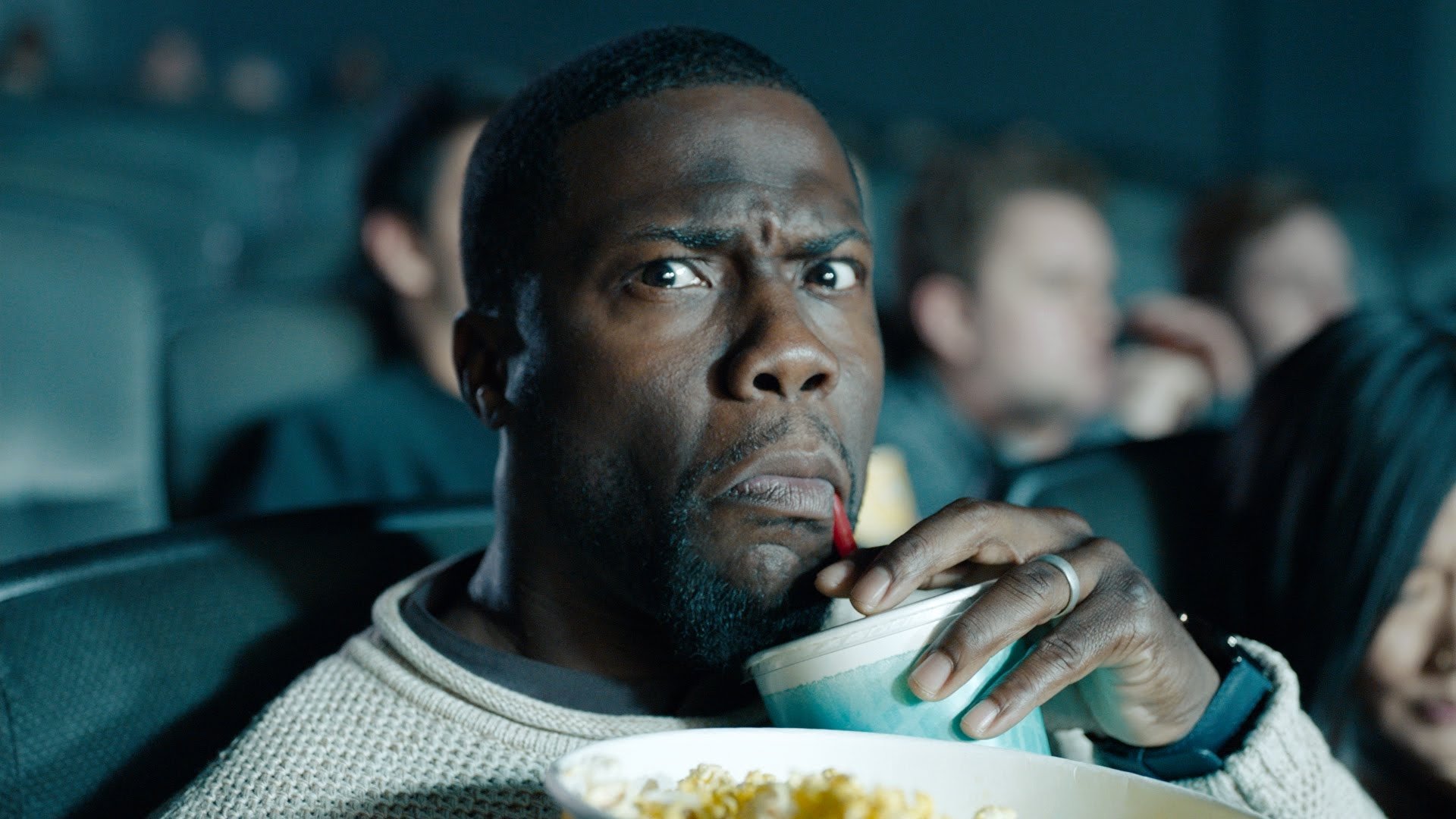 "Look, I've lost a lot of friends because of NBA 2K"

Kevin Hart has the Midas touch when it comes to entertainment. The Central Intelligence actor reteams with Dwayne Johnson in the Jumanji remake Dec. 20, which has upgraded the board game concept of the original to a video game. So it’s interesting that Hart has gone virtual himself with the new free-to-play action strategy mobile game, Gold Ambush with Kevin Hart, from Pinxter Digital and StandUp Digital. The game combines endless runner and construction gameplay mechanics to bring what Hart hopes is something new for his fans.

That’s not his only gaming venture. Hart has also teamed up with PokerStars.com to make online poker fun – something he’s investing a lot of free time in when he’s not playing video games with his son. The comedian talks about his own video game background, why he quit playing NBA 2K, and why he’s soaking up technology knowledge in this exclusive interview.

What’s a favorite video game memory you can share with us?

That was quite a few years ago. How big of a gamer are you now?

I’m not a gamer, but my kids are ridiculous gamers. So to bond with my son I play the games. He’s into Mortal Kombat, Metal Gear, and Marvel vs. Capcom. He’s also a Grand Theft Auto guy. But he’s always playing.

Even if you’re not a huge gamer, would you say that you are good at them?

I would say that I’m good at anything that I decide to be good at, so if you were to piss me off and say Kevin, can you play X, Y or Z? I would. Me and my friends used to be very competitive in NBA 2K. That’s something where I owned them for quite some time until I just got tired of beating them, and then I stopped playing the game because it wasn’t fun for me anymore.

See that’s the thing about winning, it doesn’t become fun when people don’t make it competitive. My friends didn’t make it competitive, which is why I had to retire from the sticks. So that’s how I played the game, because I say “sticks.” People that say “sticks” are somewhat of a gamer. If you say “joysticks” or “controllers,” you’re not really a gamer. It’s the sticks. I had to put my sticks down.

Did you ever play on the Jumanji set?

That’s actually where we did a lot of playing, on the movie sets, you know. There’s a lot of “hurry up and wait” that goes on in the movie business, so you come prepared. And by “prepared” I’m talking about having your PlayStation or your Xbox with you. You don’t go through those downfalls of just dead time. It’s always entertaining.

You mentioned Xbox and PlayStation. Do you ever pull your phone out to play a game?

Guilty as charged. Yes. Yes, I have. You know Dominoes is something that I can go back and forth with my friends. There’s a couple of Poker apps, some Chinese Poker apps. Temple Run used to be a big game for me. Little Jumpman from back in the day is something that I played. I think that’s probably it on my phone. Me and my son play Cup Pong, so you can message each other back and forth, and know when it’s your move. Something else my son makes me do.

You mentioned poker. You have a propensity for being great at 2K, so why do you keep playing poker?

Well, poker is a different thing that I’m now challenging myself with. You know the goal is to win a bracelet. I love the game. I’ve gotten really good at the game, and I’m rubbing elbows with the best of the best. So when that’s the case, you put yourself in the position to shock the world. If I do win a bracelet, it’s going to shock the world. Everybody is going to go, “Oh, my god, I can’t believe it.” It’s going to be like the biggest news ever, so I’m going to do it. I want to keep playing until it gets done, and when it gets done everybody is going to look at me and go, “This guy can do it all.” I can do it all, and I’ll be honest I’m getting older. It’s pretty much the best thing in the world to do because you just sit in a chair all day.

Do prefer online poker or face to face?

Face to face, so I can read you like a book.

What strategy do you like to use when playing poker with your friends in real life?

There’s no strategy, my friends suck. You don’t need any strategy.

How much skill, versus sheer luck, is involved when you play poker?

There’s a lot of skill involved, but you do need Lady Luck on your side. So if anybody tells you that you don’t, they’re lying. It’s always good to get a little lucky.

How has your partnership with PokerStars.com impacted your online poker game?

It’s quick, it’s fun and it’s something you can definitely do to pass the time. I also like the fact you can improve. It’s something that you can do to continue to get better and understand the game.

How does that online experience allow you to connect with friends when you're traveling on tour or on movie sets?

That’s the beauty of the internet. The internet is strong enough now that it can keep you connected all over. You’re involved with communicating with people on a regular basis, so online poker is an easy way to do that and communicate and chat.

How involved have you been with Pinkster Digital in the creative process for Gold Ambush with Kevin Hart?

As involved as a person can be that has no knowledge of how these games are built. You know I’m more of a student in this particular case. I think there’s a great group of people that are developing and working hours around the clock, and my ideas are very small ideas that they’ve developed into major ones.

It was about doing something that we felt would keep people’s attention and hold it, and something that I could really stand behind and involving me in the game. And putting the characters of my family in the game was an amazing idea, and I’m glad that we came up with it. It’s something that sets it apart and it keeps it authentic. It keeps me talking about the game in a way where you understand and believe why I’m backing and supporting it because I’m involved.

Speaking of authenticity, what makes Gold Ambush different from other games out there?

Look, when you’re talking gaming on mobile devices right now, these games have definitely upped the ante with what’s going on, in general. When you look at Mobile Strike or Clash Royale, it’s unbelievable the way these games are performing. You want to do something that can be in the same conversation. You want that same respect, so it’s about doing what others are doing but trying to enhance yours to a place where it stands alone. That’s what makes it different. We’re trying to be in the same ballpark as the other major players, but at the same time have a little piece of authenticity that separates us.

In terms of your career accomplishments, where does being in a video game rank?

Being in a video game is up there. Anything that your kids can look at and go, “Wow,” it’s up there. At a certain point, you’re not doing it for yourself, you’re doing it for your kids. So all of the wow factors that you’re looking for and that you want, it comes from a place of, “What are my kids going to think?” This is a big one. My kids love this. Love it.

What excites you about where gaming is headed, especially with augmented reality on mobile devices?

I’ll be honest with you, man, it’s not my world yet to be excited about the things that are on their way. Now that I am in it and I’m invested in it, it will soon become my world to where I’m educated on those things to get more excited about the direction that it’s headed in. Coming in and being in here now I’m a sponge. I’m sitting back and I’m soaking up the information to understand how and why and what. I think when you have that approach and you can be humble about your beginnings; that’s how you set yourself up for big rewards on the other side.