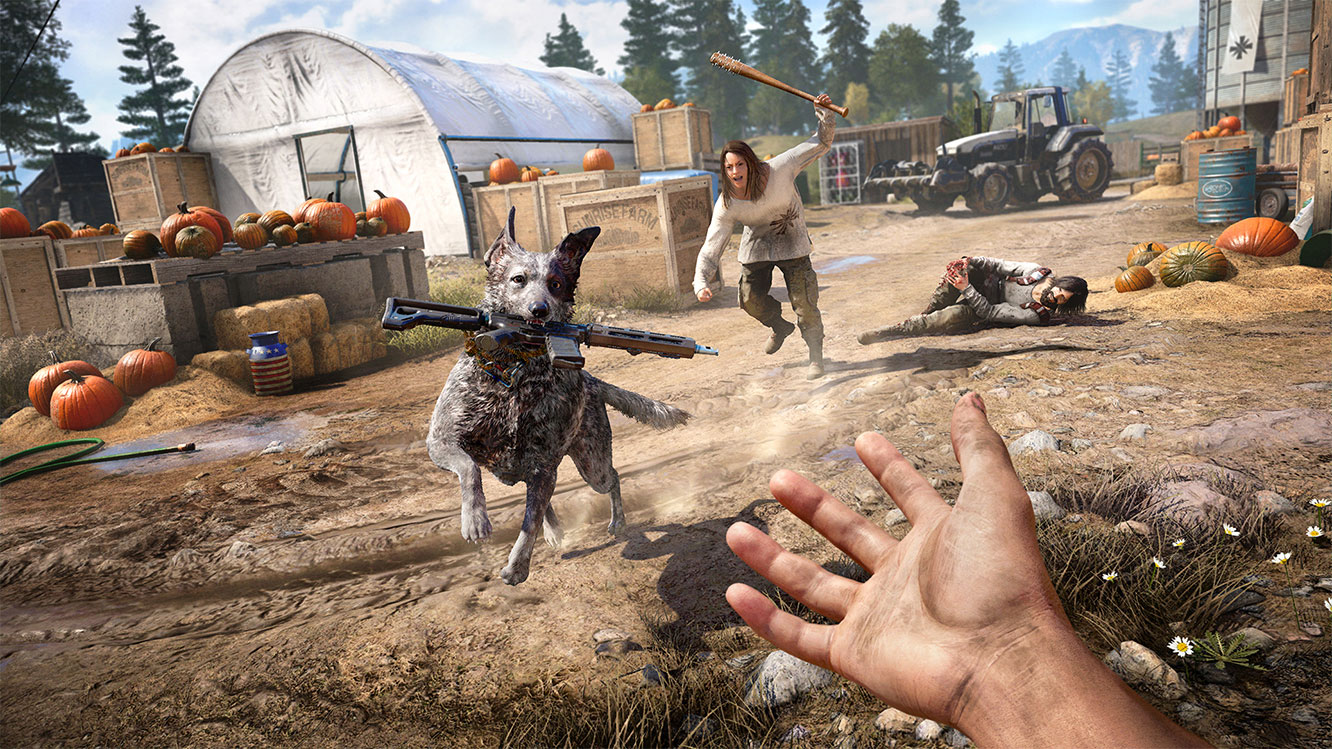 Learn how to unlock and where to find the Your Prize Trophy in Uncharted.

Launching next year on February 27, Far Cry 5 will have gamers taking on an American cult deep in the heart of Montana. Set in Hope County, players will need to use all manner of weapons, tools, vehicles, and their dog Boomer to take down this deadly terrorist cult that is hell-bent on “saving” the area from the impending doomsday.

Fresh out of Gamsecom 2017 is the following footage that shows off brand-new gameplay. In it, we see the player take on small groups of cultists in an attempt to quell Joseph Seed’s advancement and control of the area.

Previous Far Cry games have been set in foreign locations (at least to those who aren’t from there), so it’s interesting to see a Far Cry game set in the depths of America. The doomsday premise is also interesting, especially given how preparing for the apocalypse is something that takes place around the country.

The main character is a sheriff’s deputy, giving him access to all manner of weapons. In the gameplay trailer, we get to see shotguns, silenced SMGs, along with several different types of vehicles. I’m probably most excited for the plane combat, which looks to expand upon the little helicopter you could fly in Far Cry 4.

It remains to be seen whether or not Far Cry 5 will offer a fresh take on what is already a fairly template-heavy franchise. The ratings of Far Cry have been steadily falling since the phenomenal Far Cry 3, so perhaps the controversial subject matter of Far Cry 5 will be enough to shake those ratings up.

As it stands, Far Cry 5 is taking Far Cry Primal’s animal training feature, allowing the player to train different beasts in order to easily take down groups of cultists. Like many video games these days, we also get our own dog to do things for us, such as fetch weapons, bring us ammo, and take down enemies.

In the event you get tired of shooting crazy cultists in the face, or blowing them up with dynamite, you can go and do some fishing. Hopefully you can fish with dynamite.

Far Cry 5 is still six months away, so hopefully Ubisoft can maintain the impressive visuals we’ve seen so far. How are you feeling about Far Cry 5 – will you be picking it up?