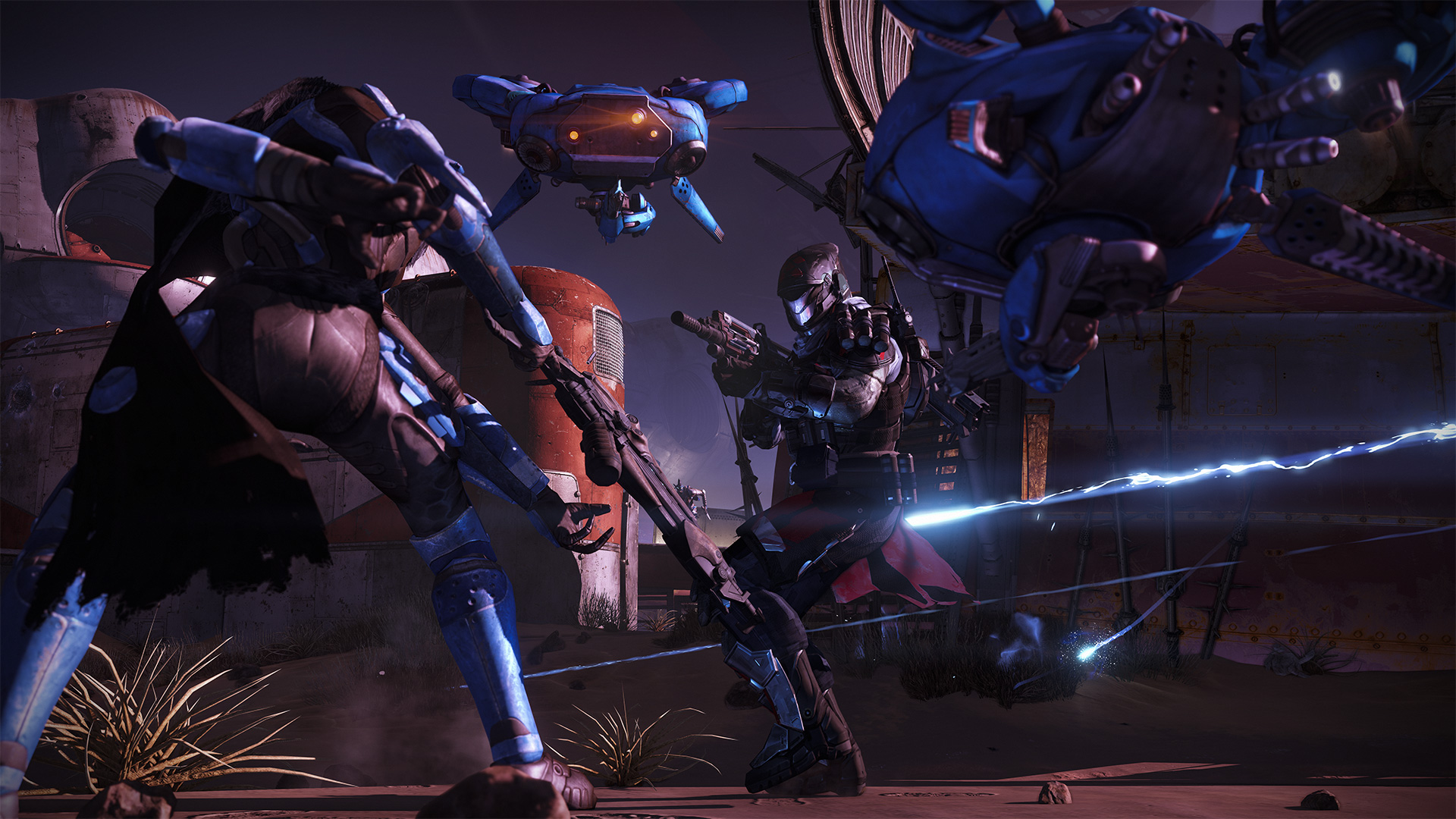 Destiny 2 Should Have a Horde Mode

Horde modes have been included in games since developers figured out players enjoy challenging themselves against wave after wave of increasingly difficult enemies. Whether it’s Left 4 Dead’s Survival, Gears of War’s cleverly titled Horde, or Resident Evil 7: Biohazard’s Nightmare, gamers are given countless opportunities to hold up and fight off enemies.

Destiny 1 had its own “lite” version of horde modes, with Prison of Elders, Challenge of the Elders, Court of Oryx, and Archon’s Forge, but these never quite reached horde mode levels of enemies or challenge. Though these modes aren’t strictly horde modes, they do offer a foundation on which Destiny 2 could offer an interesting experience for those who want to play it, especially now that Destiny 2 has everything it needs to create an engaging horde mode.

Let’s just get this out of the way immediately. There are a lot of players who do not want a horde mode in Destiny 2, and that’s fine, but that’s not a good enough reason for Destiny 2 to omit this activity. Crucible-only players didn’t care for the raids or Challenge of the Elders, in a similar fashion to how PvE-only players didn’t care for Trials of Osiris, it doens't mean either activity should not be included.

Destiny 2 has undergone a huge shake-up in terms of its class balance and abilities, with the likes of the Gunslinger receiving some of the Nightstalker’s abilities and the Striker transforming into a roaming Super.

However, the most important change is that of the Sunsinger, now known as the Dawnblade. Warlocks no longer have the ability to revive from death using their Fireborn modifier. This effect is twofold. Firstly, the passivity of the Warlock Super has been swapped out for aggression – no more holding onto a Super in case of a death. Secondly, it means players can no longer brute force their way through events that would spell a reset or “wipe”.

This is one of the most important changes to Destiny 2, and a requirement if a horde mode is to make an appearance. Horde modes rely on players comprehending their own limited life pool, making conscious decisions of not overextending, and managing their resources effectively. Now that self-revive has been removed, it essentially prevents teams of Sunsingers from “cheesing” their way through encounters.

On the topic of reviving in Destiny, there were no limitations in Destiny 1 aside from either 30 second timers or in the case of Hard Mode raids, removed entirely. Destiny 2 changes this Heroic Mode formula and adds in a new, and currently unknown, mechanic, as Luke Smith discussed in his interview with Giant Bomb.

Interestingly, a revive change has hit multiplayer, specifically competitive Crucible. Players were given the opportunity to experience this new Countdown mode and its changes during the Destiny 2 Beta. As it stands, each team has four revive “tokens” and when a teammate is revived, one token is consumed. This adds another layer of strategy as players are forced to decide whether they should revive one player or save it in case their most valuable player goes down.

It might be a small addition, but it adds a world of potential in terms of how this new mechanic could transition into other areas of Destiny 2. A horde mode in Destiny 2 could capitalize on this new feature, rewarding successful wave clears with bonus revives. This would limit revives, forcing players to play carefully, and it would also give a clear goal for wave progression.

The most immediate example of the use of limited lives is Bungie’s own Halo 3: ODST, a game released in 2009 that included a horde mode, known simply as Firefight. In this mode, up to four players could take on the Covenant in an iconic wave format, where each wave was broken up with a boss wave, or a themed group of enemies. Lives were limited, as were health kits and ammunition, but both were given as rewards after completing a certain amount of encounters.

What followed were the players working together in order to take down enemies efficiently, and at the end of a round, scrambling to resupply and reposition. Challenge of the Elders had a similar feel to Firefight, but it lacked the intensity Firefight was able to capture. Part of the problem was the Sunsinger’s ability to avoid death while the other was the unlimited revives. With Countdown and Survival's revive system in place, horde mode becomes a balancing act.

An additional tweak needed to generate more tension is the accessibility of ammo. Having enemies drop ammunition creates an interesting experience where players need to risk moving out into the open to resupply. While this offers a challenge, having access to vast quantities of ammo doesn’t lend itself to challenges of team-shooting and enemy management. The most obvious solution to this being the ammo supply crates already present in Destiny. Placed in key locations, supply crates could act as a point of focus or a position requiring defending.

Bungie have shown their capability of creating engaging and entertaining horde modes in the past, and the problems with Destiny 1 are being addressed through subclass alterations and new revive mechanics. What’s left is for Bungie to decide the best means of introducing a horde mode and how it fits their narrative and desires to create a social shooter. But with the foundation of Firefight, as well as the likes of Challenge of the Elders and Archon’s Forge, a horde mode in Destiny 2 is no longer a pipedream, but a reality I personally hope to see at some point in the franchise.