A flawless Karma leads OpTic over FaZe in dominating fashion. 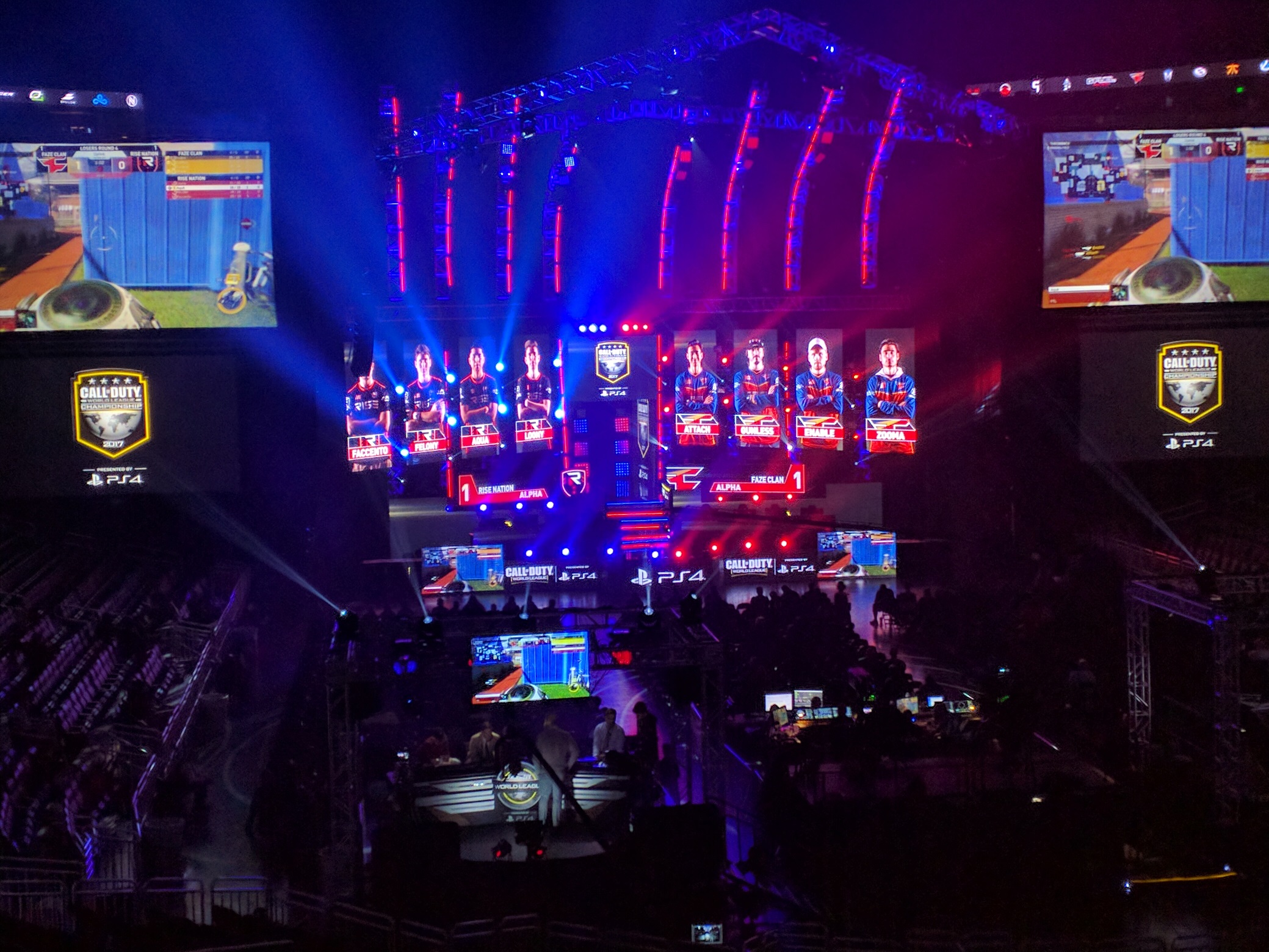 The energy was sucked out of the Amway Center following the Winners Semifinals, but FaZe and Rise Nation battled in a match worth over 30,000 dollars and a spot in Championship Sunday. FaZe Clan did not carry the OpTic loss with them, regaining some form to comfortably take the opening Hardpoint 250 - 114. It was Attach leading the way early while flirting with a double positive, with Gunless rebounding and putting up a 20 kill match.

Rise answered with an impressive 6 - 1 performance in Search and Destroy, continuing FaZe's struggles in the no respawn game mode. Faccento was the straight shooter for Rise Nation on Map 2, going 11 and 3.

Uplink was a defensive affair in the first half with both teams unable to get anything going. Zoomaa tallied the first score with a throw, and FaZe kept the 1 - 0 lead into the half. Rise Nation was playing great defense, but their offense showed no signs of troubling FaZe. It was Faccento coming out of the half hot on a four streak, but Rise was unable to convert the opportunity to points. A turnover saw FaZe push for another score, but a great defensive play from Looney kept Rise within one possession.

Rise Nation finally broke through with a dunk to take the lead at 2 - 1 with a minute to play. Two was enough to win the defensive affair, with FaZe's one defensive lapse resulting in an Uplink loss. Gunless, one of the better Uplink players in the world, was noticeably frustrated after the Map.

The match moved to Scorch Hardpoint, a map that FaZe has yet to drop. FaZe Clan's success rate showed in the early going, almost doubling up Rise 124 - 63. Gunless and Attach had 13 kills a piece in a strong team performance. Rise was negative and not showing any signs of closing the gap, and FaZe pulled away with a Hardpoint score of 250 - 102.

The final game of a long Saturday was always destined to go five maps, with Search and Destroy being the deciding factor of who advances to Championship Sunday. It was Rise striking first, thanks to two kills from Felony. FaZe showed their veteran instincts and responded with a calm round win to tie it up at one a piece. Rise Nation took a 3 -1 lead after a miscommunication from FaZe left Attach in a poor position.