Learn how to reconnect into the PlayerUnknown's Battlegrounds game that just crashed. 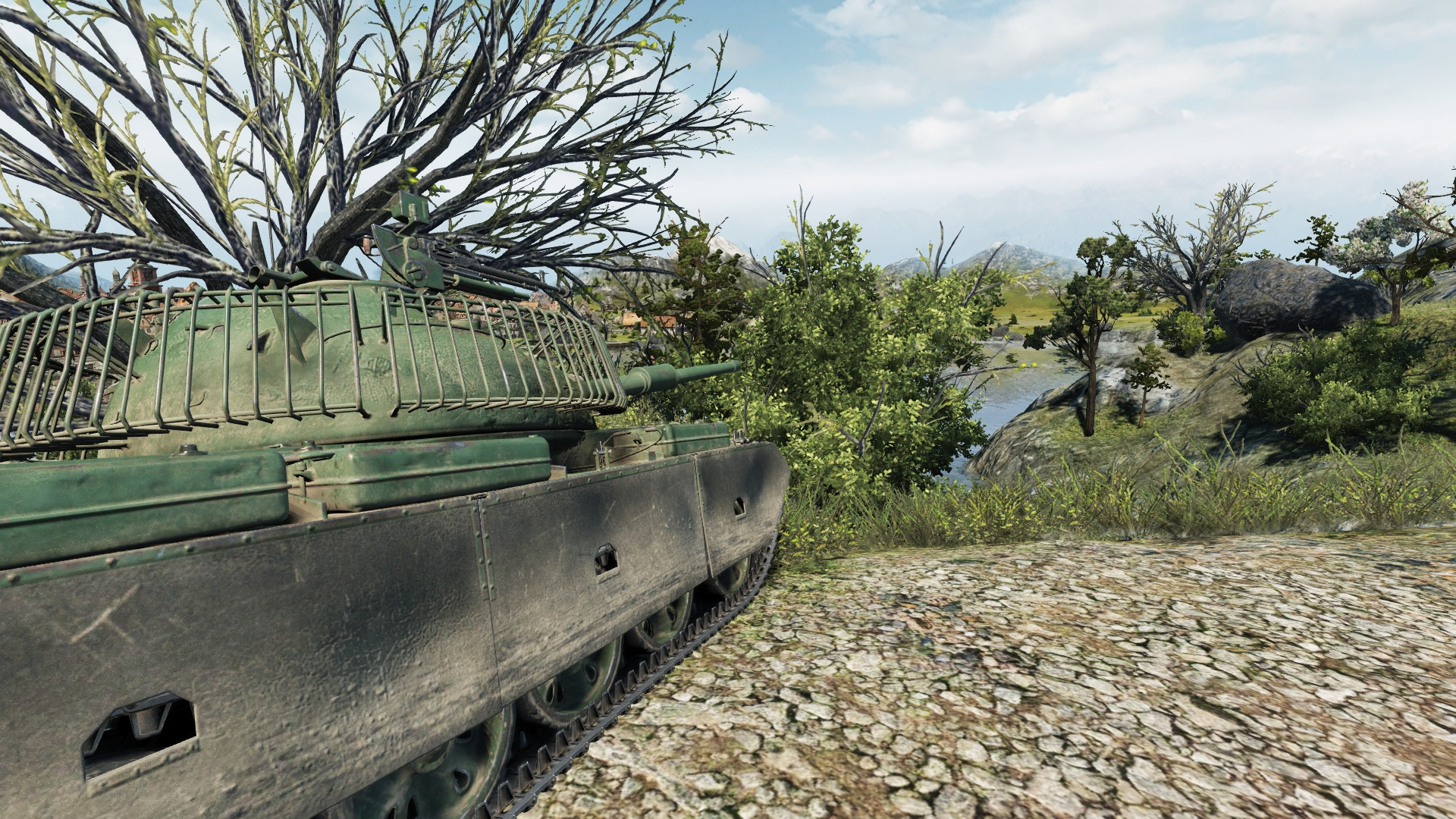 Next up on the Game Mechanics agenda, a guide for all your communication and spotting needs. World of Tanks isn’t too noob-friendly when it comes to things like camouflage or lighting up targets which can often mean players never learn them, even when reaching the more competitive tiers. If you fall into this category, or simply want to ensure you’re free of misconceptions, this is the article for you.

Also read our guide on Overmatch, Normalization, and Ricochet mechanics to gain a greater advantage over your opposition.

View Range, separate to - but often confused with - Spotting Range, is the theoretical maximum distance your vehicles Commander (the crew member) can see. Your view range is affected by the vehicle’s turret, the Commander’s Major Qualification (50%-100%), whether or not the Commander and Radio Operator have the Recon and Situational Awareness skills respectively, and stat-boosting equipment and consumables such as Binoculars, Coated Optics, Premium Food, or Ventilation.

Check out the Highest View Range Tanks in World of Tanks.

This is what most players wrongly believe View Range is. Spotting Range is the maximum distance you will spot an enemy tank providing you have line of sight. The absolute maximum Spotting Range you can possibly have is 445m, beyond that point the server will no longer perform spotting checks, so even if you’re a Type 5 Heavy slamming its HE shells down range against a Sheridan 446m away, he will never spot you.

The minimum possible Spotting Range is 50m, referred to as Proximity or “Proxy” Spotting. This is where, regardless of any other factors involved, a tank will be guaranteed to spot another tank, even through hard cover like buildings or boulders.

Spotting Range is calculated by the following formula:

I’ve mentioned line of sight a bit, but what does that actually mean? What determines line of sight for spotting vehicles in World of Tanks?

As can be seen in the image above, all tanks have two View Range Ports, and six Visibility Checkpoints.

These refer to the two points on a tank which alternate spotting checks. First is the Dynamic View Range Port located where the gun is mounted (as if the gunner is looking for targets, though the gunner isn’t considering in Spotting Range like the Commander is). As suggested in the name, this View Port dynamically moves with your turret front. Then there’s the Static View Range Port, which is fixed and centered around the highest position on the tank, such as its cupola.

These two View Range Ports take turns checking for line of sight on an enemy’s Visibility Checkpoints (explained below). These checks used to take place once every 2 seconds, but this was sped up in Update 9.16 with the Visibility System Improvements.

These View Range Ports, especially the Static one, are useful to understand when working Ridgelines in your Medium Tanks.

Visibility Checkpoints are locations on the tank which an opposing tank’s View Range Ports create invisible Vision Rays towards to determine whether they are in line of sight or not. If they are, the calculation for Spotting Range will be carried out to determine if the victim is detected or not. These Visibility Checkpoints can be seen on the illustration above (on the right), and are:

Line of Sight refers to the invisible Visibility ray that spans between a spotter’s View Range Ports and the enemy’s Visibility Checkpoints. Obstructions include all sort of hard terrain features or buildings that you cannot see through, such as small destructible houses and walls or larger indestructible buildings, boulders, ridgelines, etc.

It should be noted that, while pre-destroyed tanks acting as terrain features on certain maps do obstruct line of sight, player-controlled tanks (alive or destroyed) act as if they’re transparent. No matter how much you want to hide your ELC in a box of Mäuse, you’ll still get detected. Bushes and fallen trees also don’t count as hard cover, even when opaque (when you’re 15m away from them) – they simply affect the tank’s Concealment Value in the Spotting Range formula explained previously.

Radio Range, or Signal Range, refers to the range at which you can communicate with allied vehicles. The maximum distance you can communicate with a friendly vehicle is dependent on the combined total of both your Radio Ranges, i.e. if you have a 500m Signal Range and the ally has a 300m Signal Range you will stay in contact up to a distance of 800m away. If another friendly has a 700m signal range, however, you will stay in contact up to 1200m – useful in the upcoming Grand Battle Game Mode.

Your Effective Radio Range is dependent on your vehicle’s Radio, your Radio Operator’s (or the crew member taking over their role) Major Qualification, and stat-boosting effects like crew skills. The information that will be transmitted goes as far as the health and positions of all enemy tanks either of you are spotting – you will not transmit information from other ally’s radio communication, so unless your 2 allies are in radio communication with eachother then they won’t have all of the information available to you, personally.

While certainly useful, due to the vast and expansive Radio Ranges at higher tiers you’ll practically never come across an issue with Radio Range. That being said, it could certainly be noticeable at lower tiers (especially with stock Radios) or with the introduction of larger maps such as the upcoming 1400x1400m Nebelburg.

That just about rounds this guide off. Lots of information, but it’s useful stuff to know. Do you think Spotting Range is still as important as it once was, and what guide would you be interested in seeing next?