Learn what the Game Mechanics, overmatch, normalization, and richochet mean, and how they work in World of Tanks. 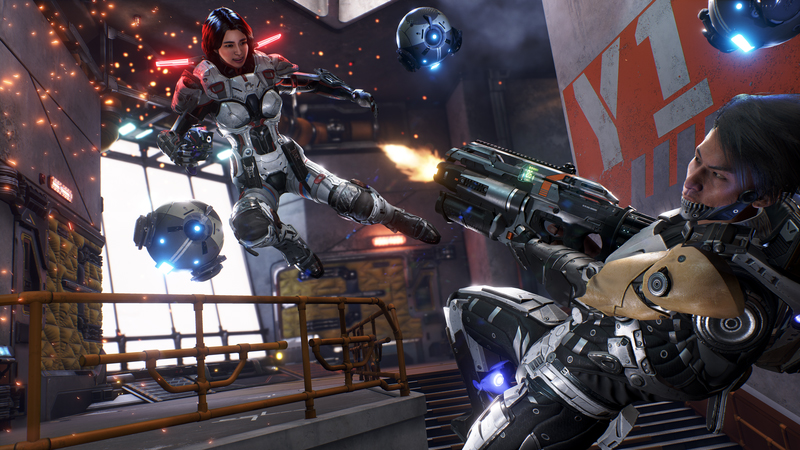 Lord Shax would like to see you in Destiny 2's new multiplayer trailer.

Now that LawBreakers is leaping and soaring around our PCs and PS4, you will need to know how to best play the Harrier role in order to get a leg up on the competition. The Harrier is built for mobility, but also excels at assisting teammates.

Take some time in the training rooms to learn the Harrier class’ abilities. If you can string them together, and juggling the cooldowns, you’ll be able to assist your teammates while also ensuring you deal maximum damage to your enemies.

The Shoc-Croc is the Harrier’s primary weapon. When firing, it shoots a long-range, continuous laser stream that deals significant damage to enemies.

Laser Tag is the alt-fire of the Shoc-Croc, marking an enemy that is hit and causing them to take increased damaged when attacked.

The Harrier class in LawBreakers comes with laser boots called, Raycasters. These shoes give the Harrier increased mobility while also shooting lasers out of them, dealing damage to whoever they hit. This jump-move can be held down to move further, but it uses fuel.

Included in the Harrier class is an ability that can regenerate teammates’ health and fuel. Drop it on the ground and move near it to regen!

Convergence is the Harrier class’ super. When activated, Convergence fires a high-damage laser beam from your chest. This beam decimates enemies at all distances, and can even be used at long ranges.

The Harrier class, much like all the other classes and roles in LawBreakers, is an extremely mobile combatant. However, the Raycaster shoes helps it stay above the enemies while they flounder down on the ground.

Try to keep at medium to long ranges though, as the Harrier class isn’t designed to fight in close quarters like the Assassin role in LawBreakers. In the event you have your super, Convergence, and see enemies grouped up, tag them with the Shoc-Croc alt-fire to ensure your super does as much damage as possible.