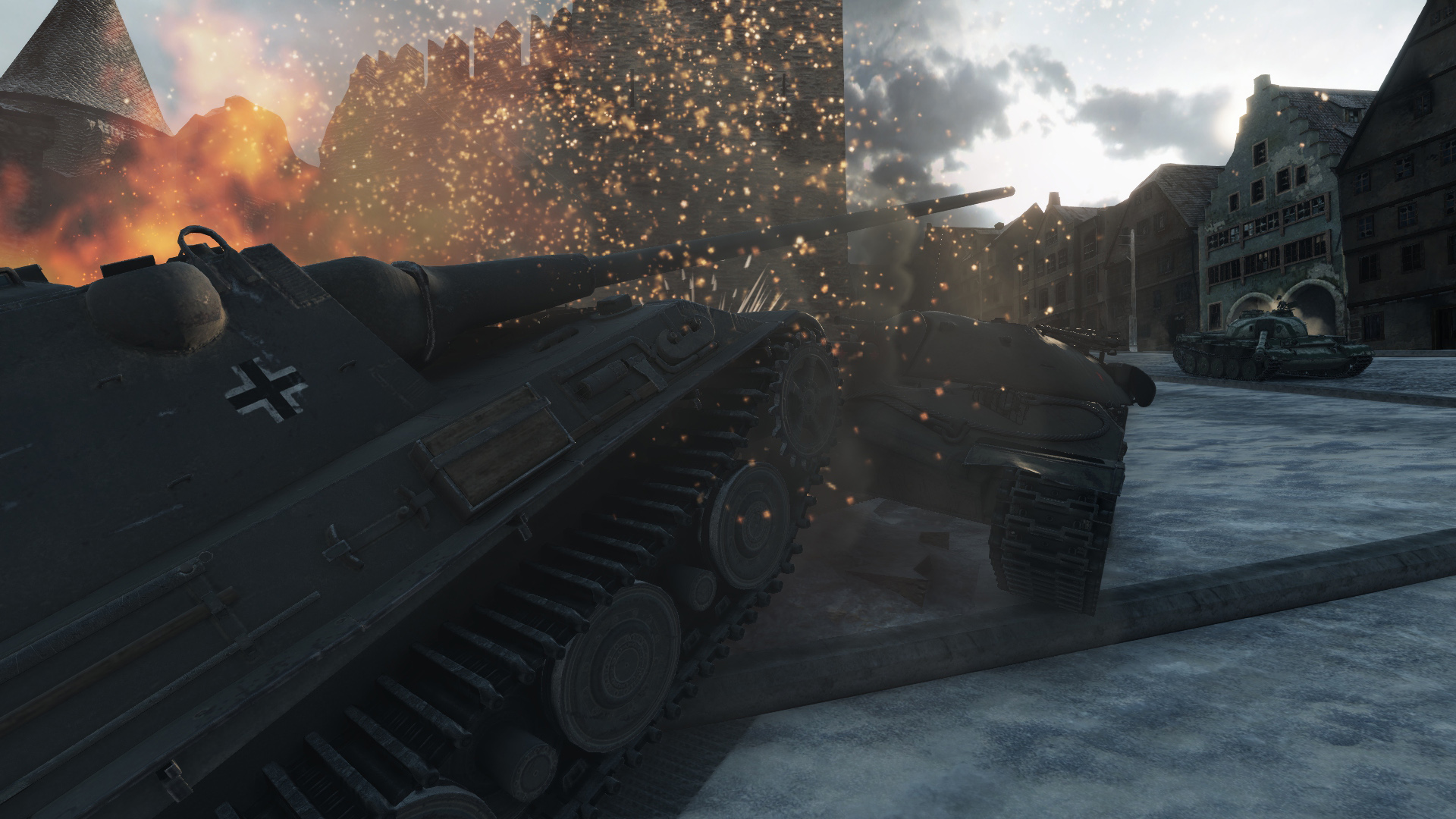 How Update 9.20 is Changing Your Tanks

World of Tanks' Update 9.20 is hot on our heels with its content entering Super Test just last week, and it’s looking very promising. In this article I’ll be giving a run down on everything vehicle rebalance-related according to Wargaming’s post on the matter which, in my opinion, is possibly the most exciting aspect of the upcoming patch.

It should be noted that everything is indeed subject to change at any time. Exact specifics for certain statistics aren’t yet available and will be released closer to the time of the patches release (after everything is finalised), but I’ll do my best to make assumptions based on the terminology used.

The T-44, T-44-100, and T-54 First Prototype each received significant turret armor buffs, increasing their turret fronts to around 200mm effective armor while improving the very sloped sides to around 340mm effective armor, making these more sluggish Mediums much more durable when hull down.

Not only this, but their shared 100mm guns should be receiving improved gun handling in regards to aim time and likely the dispersion soft stats, keeping the aiming reticle to a minimum at all times. The T-44’s 122mm gun choice also received a buff to its rate of fire, resulting in improved DPM to shred your opponents while also maintaining the alpha damage advantage.

The T-54 received quite a large nerf when receiving its HD model a while ago, reducing the effective armor thickness on its turret down from Tier 10 Russian Medium levels to values some Tier 8s could penetrate frontally.

In Update 9.20, we can expect the T-54 to regain its former glory with a turret armor buff increasing the values across the front to the 240-300mm+ effective armor values commonly seen on its successors at Tier 10. Not only this, but to add variation between the T-54’s two gun choices, the 100mm D-54, which leads onto the T-62A, should receive improvements to its gun handling soft stats and aim time. Whereas the current widely-accepted best gun choice, the D-10T2S, should receive buffs increasing its ability to play in close quarters – this could potentially be a rate of fire buff to increase DPM.

The Object 140 has a weak turret roof compared to the T-62A which can easily be overmatched by most guns at Tier 9 and 10. In 9.20 Wargaming plan on removing this turret weak spot in order to improve the Obj 140’s strength when hull down. While I’m not sure this change is entirely necessary, it’s certainly going to make the tank more resistant to fire when properly dug in.

The IS-7 has been power crept for a while now and, while it’s one of my favourite tanks at Tier 10, the vast majority disagree with me. For this reason the IS-7 should be receiving buffs to its mobility and gun handling, including both dispersion soft stats and aim time. Not only this, but to make the tank more durable in the role a heavy tank must fulfil, it’s having its total health pool increased from the current 2150 to 2400. These changes are certainly going to make the IS-7 one of the strongest assault Heavies or “heaviums” in the game.

The only Soviet Tank Destroyer on the list for a significant rebalance is the renowned ISU-152, and rightfully so in my opinion. I always found this platform too clunky and limited to use effectively, but it was then armed with a gun capable of blasting through the front of most Tier 10 adversaries for very high amounts of damage.

The proposed rebalance in 9.20 should draw back the sheer penetration value of the ISU’s 152mm by replacing the BL-10 with the new D-4S, preventing it from boring a hole through anything it meets without completely neutering the tank in the process. To account for this nerf, the ISU should receive an increased health pool, armor profile, and mobility, hopefully encouraging players to play a bit more aggressively in their tank destroyers.

The Object 704 is receiving the D-4S as a gun option while maintaining the BL-10 as its top gun, so not much will change except for the 704’s stock grind as you will now have to research the BL-10 on the Obj 704 where it was previously researchable on the ISU.

The Object 268 is receiving an extra degree of gun depression and an increased gun traverse arc (22 degrees from left to right rather than the current 12), as well as 100 m/s higher shell travel time on its AP rounds, allowing for more effective sniping at range. Again, not a large change and I hope to see the Obj 268 receive further buffs in the future to make it a viable option over other Tier 10 Tank Destroyers.