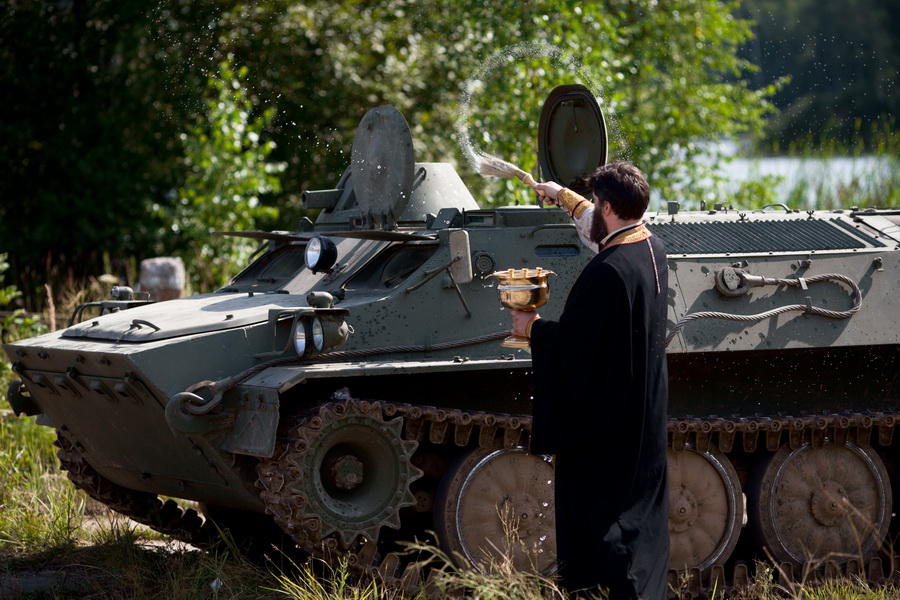 Any online game with enough players and a long enough lifespan will develop a meta. World of Tanks is no different. You can search online to find lists of what the best tanks to play are from a statistical point of view, but often statistics are overridden by feeling. Sometimes, you choose a vehicle in World of Tanks because it just makes sense to your playstyle, or because there’s a sentimental draw.

Recently, we contacted Wargaming and asked them to poll some of the folks in the office and get them to weigh in on what their favorite vehicles and tanks were. Some had statistical answers, and some didn’t, but all were fascinating for the same reason; knowing what tanks developers value above the rest is an interesting tidbit of information for the average player.

Step 1: Get hull down and bounce shells the size of small moons

Why: The IS 7 can be an absolute monster in the right place and at the right time. I love bouncing shells and wiggling to annoy players trying to shoot my pike nose.

Why: The Easy 8 was my first love. Something “clicked” with that tank the first time I took it into battle and it was just fun to play. I love mobile tanks that can flank the enemy, especially if it has enough gun depression to abuse hills…all things that the Easy 8 (and most of the American mediums) excel at!

Why: High penetration APCR, protected MM, Spaced Armor to block out HE rounds and take the bite away from some AP rounds. Also, it’s beautiful looking.

Why: Derp shed is best shed. Also, it has one of the best designed premium shells in the game.

Why: I like to mix my need for speed and fast follow-up shots in the Crusader, Cromwell and Comet with the stellar situational qualities of the higher-tier Centurions. US Heavies are great because they have enough speed to reach and arrive at key locations early, enough gun depression to control those areas with a minimum of exposure and enough frontal turret armor to survive holding those positions and take a couple of hits when played aggressively. It also doesn’t hurt that they have guns that are accurate and powerful “enough” which become stellar when paired with the gun depression and armor that allows them to use map terrain to their fullest advantage.

Also, I like to laugh at people who shoot at the front of my T29’s turret. My favorite tanks in WoT are the Cromwell/Cromwell B and T29.

Why: My play style relies on mobility, gun handling and remaining as stealthy as possible. Both these vehicles are excellent for these traits (not so much concealment but it’s alright) and can also become a duel role of sniper and scout with their amazing spotting range and accurate guns. Anything you can do to improve the reload time on the PTA is ideal. If not spotting for yourself, keep the enemy inside your render range but outside of your spotting range to avoid being spotted when shooting. Never take a hit while in these vehicles if you can help it.

Why: Swedish TDs are crazy fun to play. The Siege mechanic is difficult to master but creates some interesting opportunities with 12 degrees of gun depression.

Czech mediums are fast glass-cannon burst-damage machines with the potential to do 1600 damage in about 8 seconds every 25 seconds.

Why: I love fast tanks, so my favorite ones are Light and Medium tanks. If I have to choose just one tank that would probably be the T20, an American Tier VII Medium tank. Great gun and speed make it a fun tank to play. You should not rely on the armor while driving this tank. But, if you encountered heavily armored enemies, Premium rounds might be useful. It’s a great flanker, great sniper and, if you play it smart, great scout as well.

Why: My favorite two tank traits are mobility and gun depression. British Mediums bring both in spades.  I love jumping the Cromwell as high as it will go, and shooting HESH into soft targets from the Cent-AX is always a good time!

To answer your question, yes, we were hoping to get responses from Chieftain, TragicLoss and MeatheadMilitia, but all are currently tied up with other things. We’ll be sure to check in with them at a later date.