What you should know about Darksiders 3, including release, story, and platforms. 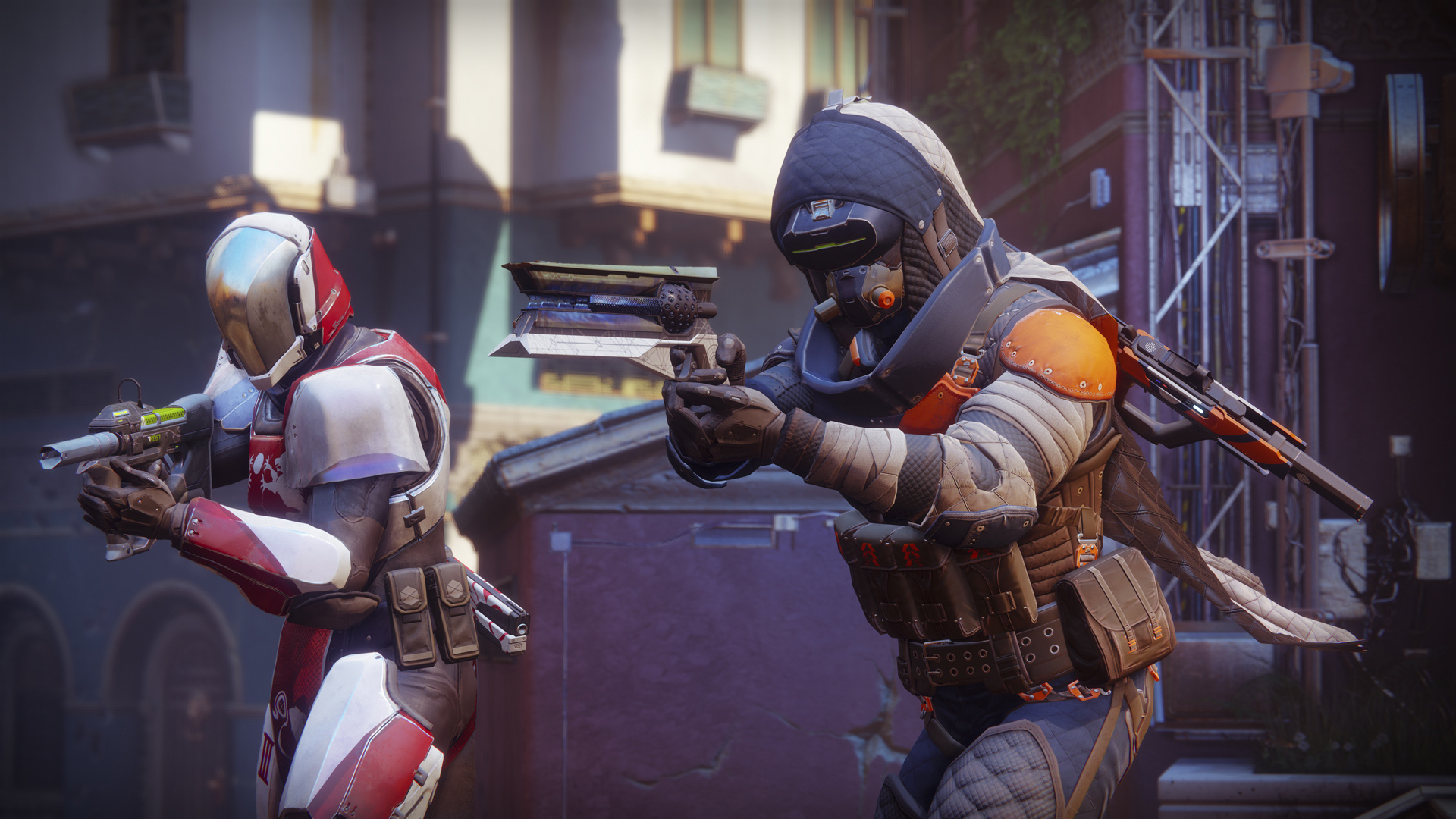 Every known piece of Exotic armor in Destiny 2.

Destiny 2 is all about the loot, especially the Exotic weapons. These are extremely unique guns that have bizarre and extraordinary perks, and are often difficult to find. Below we've got every currently-known Exotic weapon, and we'll be sure to update it once more are revealed and found!

The setup for Exotic weapon perks in Destiny 2 is far easier to comprehend and more detailed than Destiny 1’s version. Each Exotic weapon has five perks: Intrinsic, Barrel, Magazine, Trait, Grip. These perks relate to a specific part of the gun, but the two most interesting perks will be Intrinsic and Trait.

Vigilance Wing is an Exotic Pulse Rifle that is equipped in your Kinetic (Primary) weapon slot. This takes on the appearance of a Trials of Osiris weapon, with Eqyptian-like imagery. The golden wings and white wraps are very similar to some of the armor pieces available in Trials of Osiris in Destiny.

Returning from Destiny 1, the MIDA Multi-Tool is a powerful Exotic Scout Rifle that keeps the radar on-screen whenever you aim-down-sights. In Destiny 2, the radar takes a while to reappear after ADSing, making these types of perks valuable. The faster you get your radar back, the sooner you can spot enemy movement.

The Sturm is another pairing Exotic Weapon that receives bonuses when equipped alongside the Drang Sidearm.

The Rat King is an Exotic Weapon with an appealing Intrinsic perk, especially when everyone in a Raid party has one equipped.

The Exotic weapon, Riskrunner, is a Submachine Gun that is equipped in the Energy weapon slot. In order to unlock the Riskrunner, you will need to play through the Homecoming story mission as a Warlock. Once you reach Shaxx, he will reward you with the Riskrunner. Fans of the Zhalo Supercell will feel immediately at home with the Riskrunner, especially given its Arc attack type.

The Exotic weapon, Sunshot, is a Hand Cannon that is equipped in the Energy weapon slot. In order to unlock the Sunshot, you will need to play through the Homecoming story mission as a Hunter. Once you reach Shaxx, he will reward you with the Sunshot. The Sunshot feels right at home in the hands of the Gunslinger Hunter, landing headshots and exploding enemies in quick succession. The Sunshot is even one of the fastest time-to-kill Crucible weapons - so be sure to use it!

Hard Light makes its glorious return from Destiny! This was an originally underwhelming Auto Rifle, but it began receiving more attention around the later half of the game. In Destiny 2, Hard Light will likely be an extremely valuable weapon, given its ability to change damage type.

Coldheart is the preorder bonus Exotic Weapon that was given to players who slapped down money on Destiny 2 before it came out. If you were one of those gamers, be sure to check out our guide on how to get the Coldheart, as it's not given to you straight away! Coldheart is able to dish out large amounts of damage, provided you can keep the stream on the target. If the stream falls off the target, even for a second, the damage multiplier you built up will disappear.

Despite the Fighting Lion being a Grenade Launcher, it is equipped in the Energy weapon slot. Don't let that fool you - this is one mean Exotic Weapon.

The Graviton Lance is a powerful Exotic Weapon that packs a mean punch at all distances. The last bullet in the 3-round burst makes the Pulse Rifle kick, but the damage payoff is worth the recoil.

Skyburner's Oath is an appealing Exotic Scout Rifle, especially for those who look to be fighting the Cabal a lot. Considering the Leviathan Raid is probably going to be Cabal-focused, it might be a good idea to work toward unlocking this Exotic Weapon.

Originally known as the Dubius Volley from Destiny 1, The Wardcliff Coil is a gun Destiny players have been waiting to get their hands on for years, and now thanks to Destiny 2, they can. This Rocket Launcher fires a volley of Arc rockets, extremely quickly and reloads itself automatically when you walk over ammo.

The D.A.R.C.I. Exotic Sniper Rifle seems like it will be a powerful weapon to use against bosses due to its Trait: more damage with Precision hits. However, if it doesn't deal enough damage, it may fall by the wayside in a similar fashion to Patience and Time from Destiny 1.

Until you manage to connect the projectiles and get a kill, the Merciless Exotic Fusion Rifle will increase its charge-up rate. This is perfect for those situations where you need to get the second blast off quickly.

The ability to see enemies on your radar from further away gives you a huge edge over the competition, especially in tight maps with lots of corridors. The Legend of Acrius Exotic Shotgun also fires shells that overpenetrate enemies, meaning the combatant behind the one you shot will also take damage.

The Prospector Exotic Grenade Launcher spits out damage like no other, the trouble is ensuring all grenades land in the area you want them to. I could see this being a decent weapon to use against bosses, especially if the fire rate is fast enough to provide a good damage-per-second stat.

The blast from the Tractor Cannon does deal damage, but the main point of this Exotic Weapon is to push your enemies away from you.

There are sure to be more Exotic Weapons hidden within Destiny 2, especially during the Leviathan Raid. So be sure to check back with us when we find more! In the mean time, make sure you're using the best weapons for PvP!