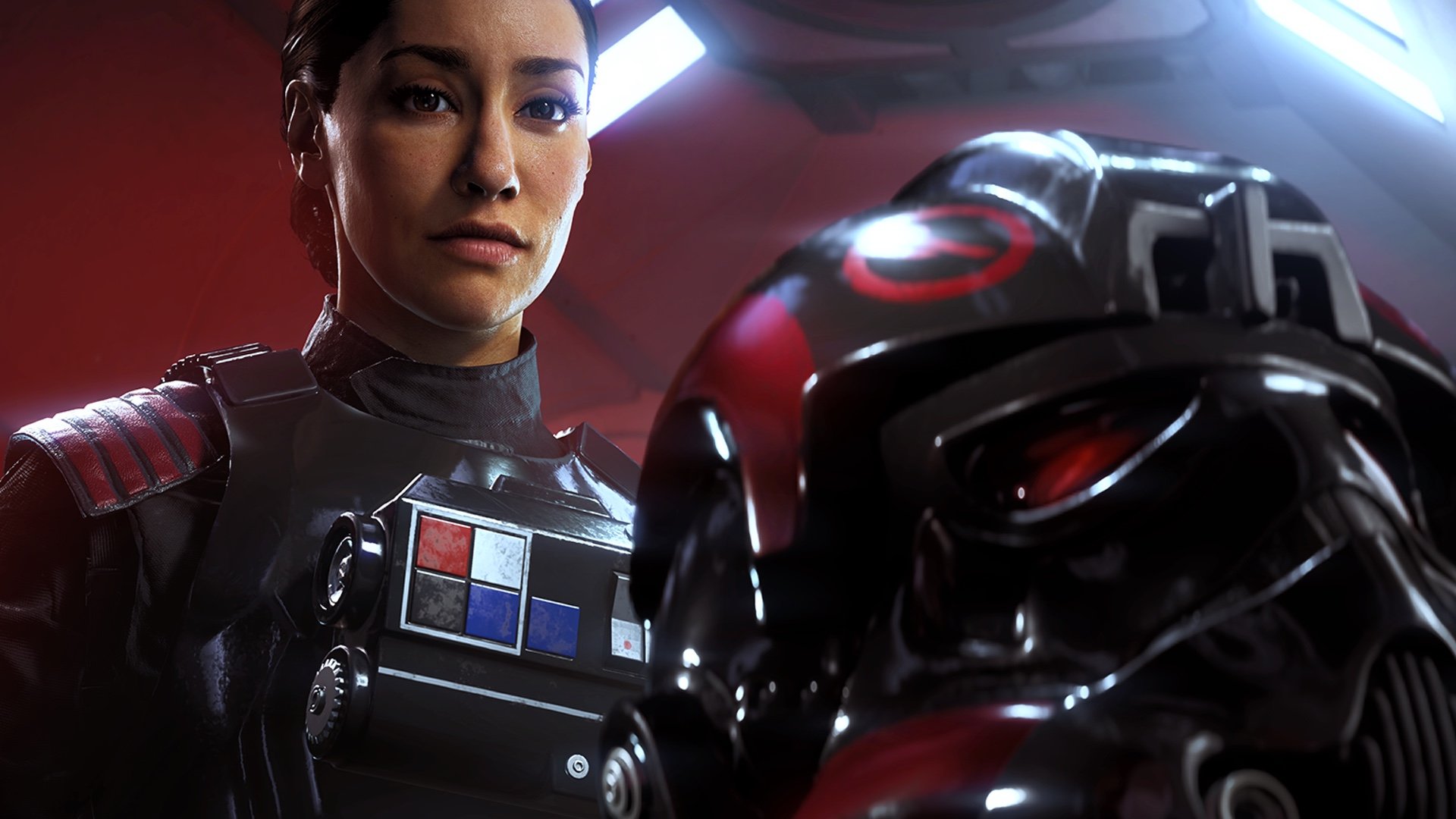 Actor Janina Gavankar has been at the forefront of performance capture in video games, having worked on Ubisoft’s Far Cry 4 and Guerrilla Games’ Horizon Zero Dawn. But stepping into the Star Wars universe with Electronic Arts’ Star Wars Battlefront 2 has been game-changing. With the much-anticipated sequel now available on PC, PlayStation 4 and Xbox One, AllGamers caught up with Gavankar to talk about her lead role in the latest story in the official Star Wars canon.

What’s your favorite Star Wars videogame memory that you can share from growing up?

I have none. Because I wasn’t allowed to play video games growing up, so I had no access. But I’m about to make some memories because Sam Whitwer, who voiced Emperor Palpatine in Star Wars: The Force Unleashed, and I are going to play through every single one of the Star Wars video games and Twitch stream the whole thing. Just to lead up to the launch of Star Wars Battlefront II. And we’re going to start from the first Atari games, so I’m about to experience all of them.

What are your thoughts on this brand new heroine commander Iden Versio?

I think she’s pretty great. She’s a tough lady. She’s incredibly trained, and her self-worth comes from being an elite soldier. I’m really excited for you to see the correct perspective of the aftermath of the second Death Star exploding. Imagine being an Imperial Soldier, you’re on the ground, you’re fighting for your life and suddenly your emperor and thousands of people explode in the sky. Those are people that you respect. Are you suddenly the underdog in this situation?

You got to get off that planet, so you buckle down and you do what you were trained to do, which is save yourself and your teammates, and you leave nobody behind. You get off that planet. So that’s the first thing that you experience with us. It’s intense.

What have you learned about the development process having worked on huge games like Far Cry 4 and now Star Wars Battlefront II?

I’m obsessed with the games industry, and I knew what this game was. When you get this type of audition in the games industry, you know nothing about what the game is. You might be lucky enough to know what the studio is. In my case, I knew what the studio was, but I read NeoGAF and was enough of a stalker to figure out exactly what it was. But being this vested in the story has allowed me to see how much care and thought goes into the development of narrative. It’s something that you hope is the case as a gamer. But it really is the case. And also, they’ve been working on this game for many years before I showed up. So, this is a long time coming.

What are your thoughts on strong female characters we’ve seen over the Star Wars films and games and the opportunities this franchise has opened up?

Strong female is not a descriptor. It’s a non-term. You don’t get extra credit points for not crying in battle. Call them complicated characters. I’m interested. That’s what we’re doing. I’m done with just this sort of simplified 'strong female' term. I’m over it. It’s about time that we take steps forwards and allow people to be the real complicated human beings that they are. Star Wars is allowing that and people are following suit. I’m so happy to be a part of that.