Dino Patti has created a new studio and is embarking on a mysterious indie project with animator Chris Olsen. 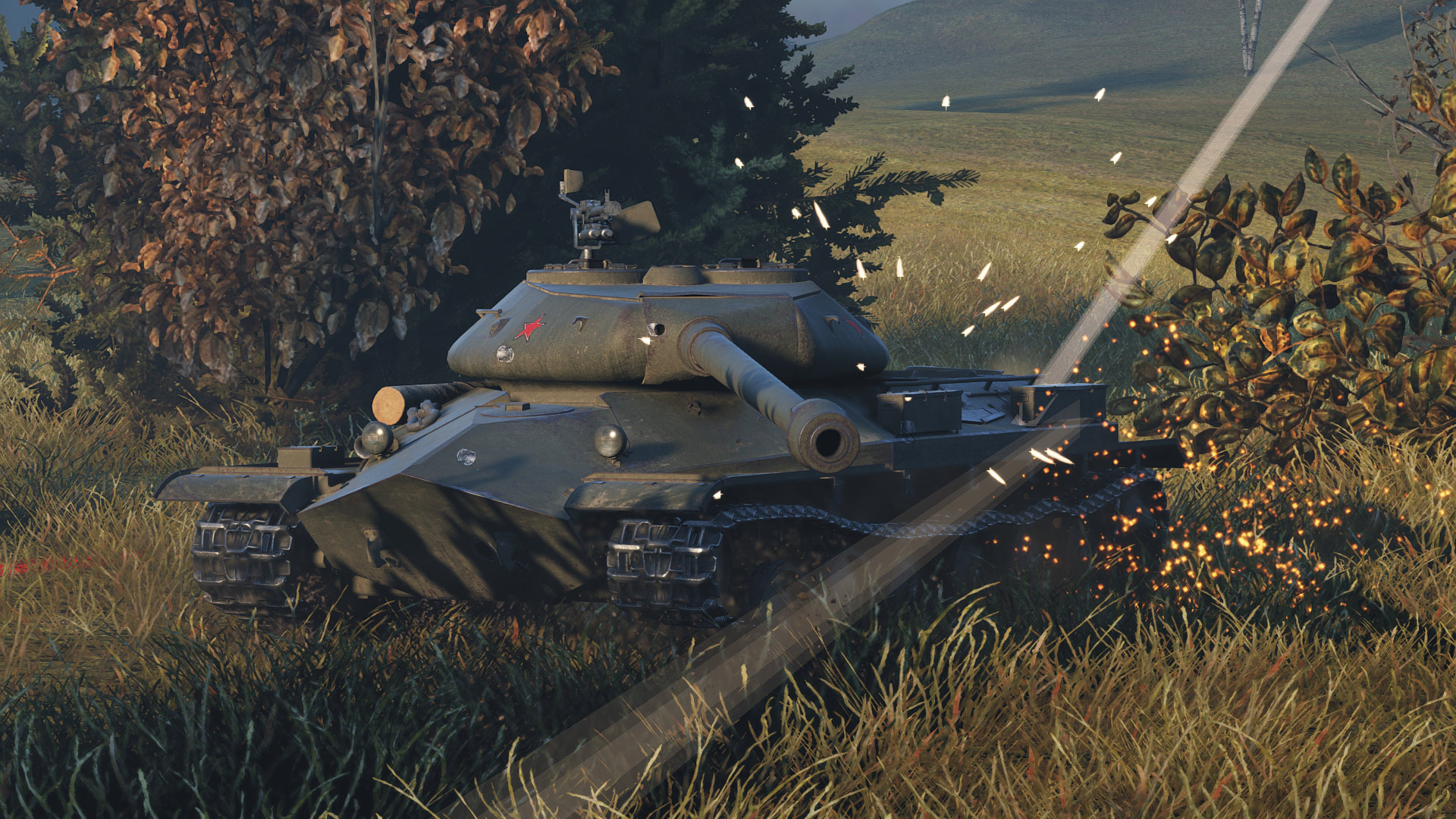 How to Bounce Shots in World of Tanks

Darkest Dungeon: The Crimson Court - How to Defeat All Bosses

A look at how to defeat all five bosses in Darkest Dungeon’s latest DLC, The Crimson Court.

Relying on the thickness of your armor during a battle won’t always lead to success. This is why it’s important to know how to bounce a shot, or at the very least, increase the chances of a shell bouncing. Whenever a shell manages to bounce off your armor, not only are you actively blocking damage, but you're surviving what could be a deadly hit.

In World of Tanks, a bounce occurs when an enemy shell hits your tank on an angle and cannot penetrate your armor – typically an AP round. Instead of penetrating, this AP rounds maintains some amount of velocity and bounces off your armor.

Question: Veteran tankers, what method do you prefer to use to bounce shots?

How to Bounce Shots

There are a few ways you can increase your chances of bouncing an enemy shell in World of Tanks. Most of these methods require some practice, but fear not, because when you improve at the game you will become far better at doing these things automatically in battle.

The first thing you want to learn when it comes to bouncing shots is how to angle your tank for better armor. When it comes to increasing the effectiveness of your armor, angling is the best choice. Angling involves pivoting your tank so that the flat sides (front, sides, and back) aren’t directly facing the enemy.

Consider a tank with 100 mm of armor on its side with an enemy facing the tank dead-on. This armor can be artificially thickened by rotating the tank 60 degrees. Now instead of the shell having to travel across the width of the armor, it has to try and penetrate on a diagonal.

As the angle increases, the chances of a bounce increase with it. This continues to a point where a bounce can turn into a ricochet.

Side-scraping is another method that can lead to numerous bounced shots and relies on the previous armor angling method. Side-scraping involves using a tank with a rear-mounted turret and angling your tank using the edge of a building. This increases the armor while also allowing you to shoot and hit enemies.

Alternatively, a tank with a front-mounted turret can reverse side-scrape, but this runs the risk of exposing the rear of the tank – a notoriously vulnerable section of any armored vehicle.

The advantage of side-scraping is that you can use the building to protect you and to help line up the angle, making it easier to bounce enemy shells.

One of the best ways to bounce shells in World of Tanks is to simply enter a hull down position. There are a lot of tanks that are excellent at going hull down thanks to a number of different factors. The most important element of figuring out a tank to use in a hull down position is the thickness of the turret armor.

Tanks that boast thick turrets are the best ones at bouncing shots in a hull down position. This is thanks to the plentiful amounts of armor around the hull, which can be further improved by turning the turret to increase or decrease angles as necessary.

Furthermore, a tank with a well-rounded turret will have even better chances of bouncing shells, as rounded armor is far more difficult to penetrate. The flat top of the KV series of tanks is extremely easy to hit, whereas the IS-7, with its thick and rounded turret, can bounce shells all match.

Tank wiggling is the process of moving your tank back and forth or swivelling your turret slightly while trading blows with an enemy. These slight movements can help throw off your enemy’s aim as they take the time to line-up a shot at a weak point.

What also makes this tactic useful is that a shell fired might encounter thicker armor or a piece of armor on a greater angle when it reaches your tank. When wiggling your turret, the turrets mantlet could eclipse a weaker piece of the turret as an enemy fires. This is extremely nifty, as the mantlet is often one of the thickest pieces of armor on a tank.

A tank such as the recent Tiger 131 has an incredibly thick mantlet while having unfortunately thin turret and hull armor. When playing the Tiger 131, relying on this thick mantlet and moving it where your enemy might be aiming can help improve the chances of a bounced shell.

Bouncing a shot in World of Tanks is a fantastic moment that isn’t entirely based on luck. By implementing the above strategies, you can vastly improve the chances that an enemy player will fire a shell that bounces off your tank’s armor.