How to Level Up Fast in Ever Oasis

A look at how you can earn experience and level up fast in Ever Oasis. 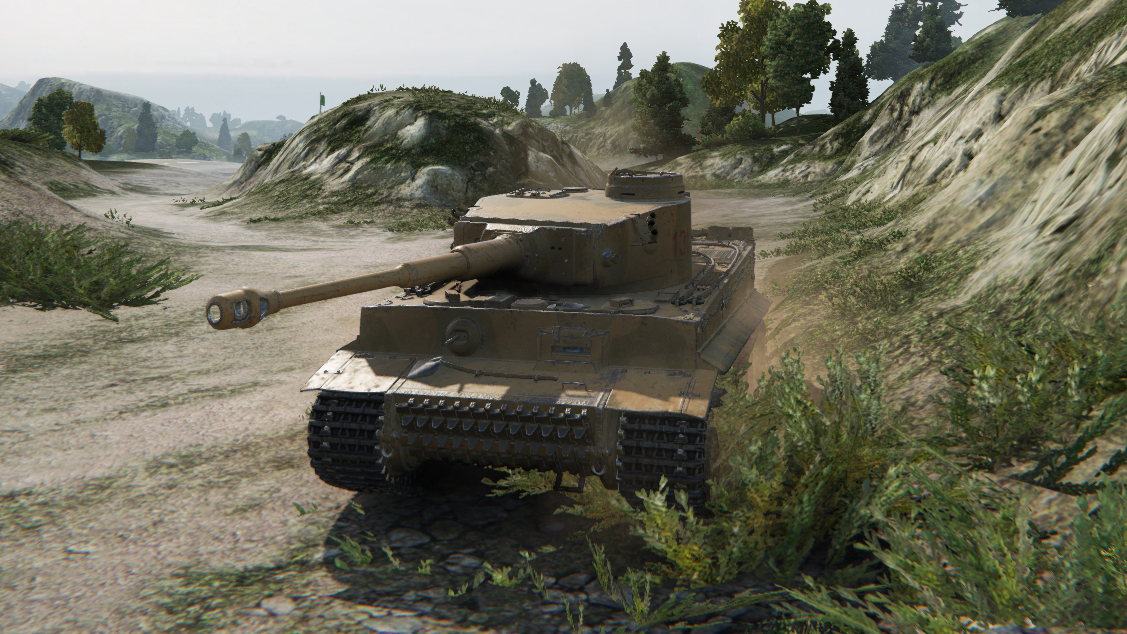 World of Tanks - How to Destroy the Tiger 131

Pokémon GO - How to Join a Raid Battle, Earn Rewards

Find out the level requirement needed to join a Raid Battle and the rewards you’ll earn for defeating the Raid Boss in Pokémon GO.

The Tiger 131 is the most recent addition to World of Tanks, and offers mid-tier players another chance at a Premium Heavy tank. When facing the Tiger 131 on the battlefield, it’s crucial to know where its weak points are, how to approach it, and how to destroy it.

Be sure to check out our guide on how to play the Tiger 131, that way you can recognize the strategies someone might employ when piloting this tank.

Before taking on and trying to destroy the Tiger 131, you must first understand how it works and the strengths it tries to rely on during a battle. For the most part, when at-tier, the Tiger 131 has an impressive amount of armor, decent speed and mobility, as well as a gun that can deal a lot of damage.

The Tiger 131 relies more on its speed and accuracy than its armor and damage, filling the role of a support tank that is more than just capable of sustaining hits. Because of this, the pilot will try and position it behind cover to ensure the only part you can hit is its thick turret armor and gun mantlet.

How to Destroy the Tiger 131

Though the Tiger 131 is a Heavy tank with thick armor, it is overwhelmingly flat. Flat armor is by far the easiest to penetrate as the chances of bouncing are slim. It suffers from flat frontal armor as well as a long profile with quite pronounced side armor.

Destroying the Tiger 131 is as simple as getting on a perpendicular angle to its armor and blasting away at it center mass. Obviously, the best place to shoot it is from side-on as opposed to the front. When attacking its side, the turret and hull are equally armored, so shoot whichever one is easiest to hit.

If you find yourself face-to-face with the Tiger 131, take aim at the bar of flat armor that sits above the tracks, but under no circumstances should you shoot at the Tiger 131’s turret. The turret is particularly well-protected by the gun mantlet.

Whenever you see a Tiger 131 sitting on a diamond angle, take aim at the point of the hull closest to you as this is actually the weakest point. When angled, the Tiger 131’s armor gets thicker the further away from the apex, making the flank particularly strong.

Another ideal place to aim is the tall cupola’s hatch. This makes for an easy target and only has 55 mm of armor. Similarly, the rear of the Tiger 131 is 80 mm thin, so aim center-of-mass and watch as your rounds easily penetrate.

Now that you know how to destroy the Tiger 131, you will need to know how to put this into action and fight it. Due to its speed, expect to see the Tiger 131 in popular Heavy tank locations very early in a match. It will likely go hull-down and sit in chokepoints.

If it is hull down and you can’t dig out a hull down tank, it can be worth taking a risk and pushing to a position where you can see its weak hull armor. Try and bully it out of hiding to reveal its cupolas hatch or if the pilot hasn’t found cover, punish their poor decisions. Catching a Tiger 131 in the open will lead to it having its health chunked away. Just remember to aim at its broadside.

When playing in a tank at a lower tier (or even at-tier), it's important not to lose sight of the Tiger 131, as its main gun can deal quite a bit of damage. The Tiger 131 also has a reasonably good rate of fire and good dispersion, making it an accurate Heavy tank. Ideally, you will want to let the well-armored tanks on your team take the brunt of the Tiger 131's attacks while you get in a position to hit its weak points.

Overall, fighting the Tiger 131 isn’t too tough so long as you can manage to aim at its weak points. It will almost always beat other Heavy tanks to early-game spots, so be prepared to face it early on. Let us know in the comments what strategies you like to use to destroy the Tiger 131.