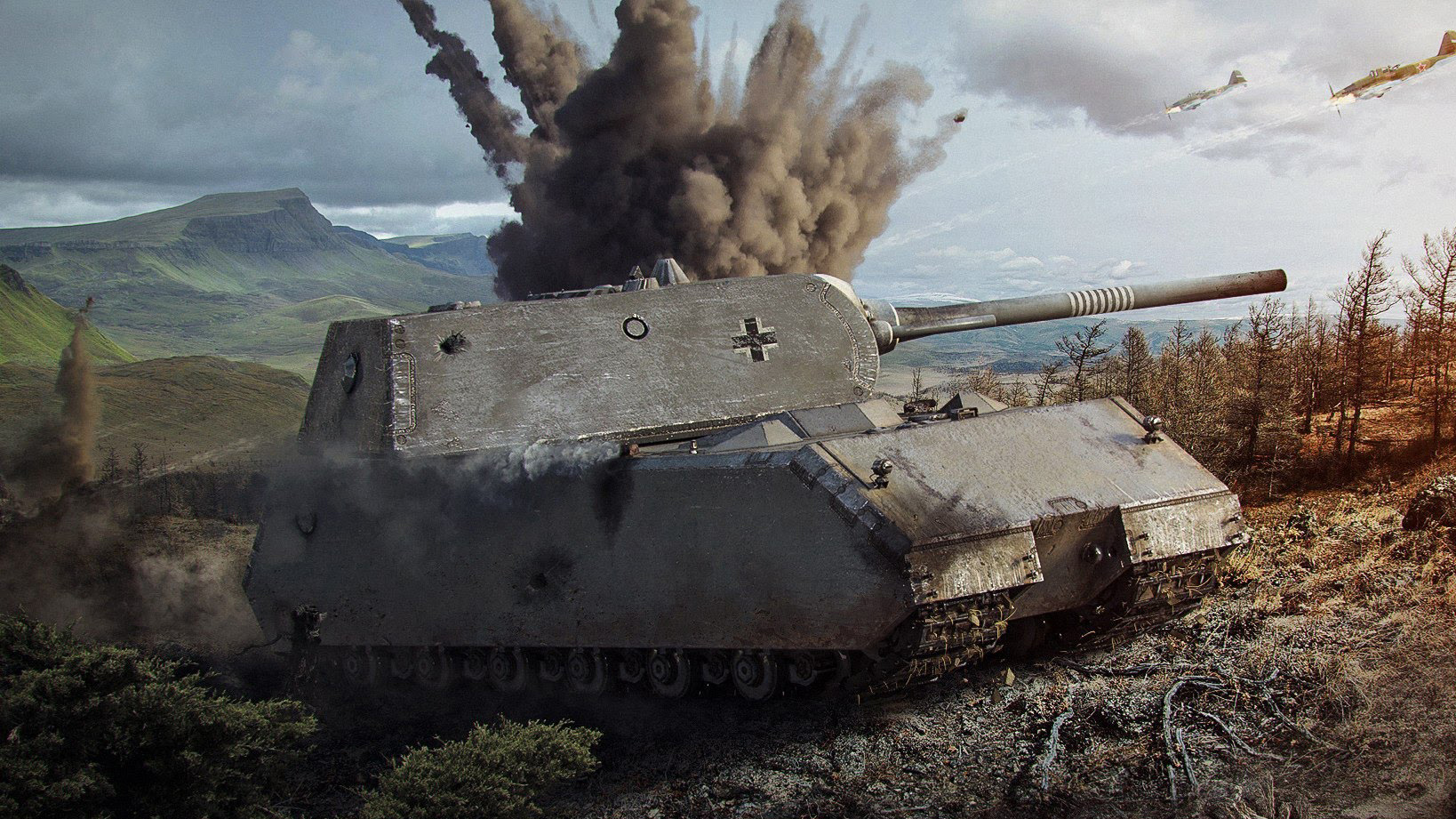 The dreaded Maus, the indomitable titan of the German Heavy tank line, is the most heavily armored tank in World of Tanks and one that many players have struggled to destroy. New tankers who have just reached the higher tiers and encountered the Maus for the first time will likely question how to destroy this German monstrosity.

Though it has the largest health pool in the game, the Maus is in fact destructible. We love hearing from our veteran tankers – if you’re well-versed in combat, let us know in the comments your method for dealing with the mighty Maus.

Before you can destroy the Maus in World of Tanks, you must first understand thy enemy. At a count of 3,200 HP, the Maus has plenty of hitpoints to make it survive numerous engagements. This health, coupled with its armor creates a situation where even if a shell can penetrate its hide, the damage the shell does will be a drop in the ocean.

Now that the basic stats of the Maus are known, you can find weaknesses in its ability. For one, the rear of the Maus is its weakest point, as it is with many tanks. Secondly, despite the thickness of the turrets frontal armor, it is actually flat on the sections flanking the gun (note: this is not the mantle, the mantle is extremely thick).

Whenever you attack the Maus, always ensure it is not angling its armor. Angled armor increases the effective thickness, leading to ricochets. In the event you’re in an agile tank, use its speed to change the angle. The goal is to attack the Maus’ broadside.

When attacking on a perpendicular angle, the Maus cannot easily shrug off your rounds and you will only need to penetrate 185 mm of armor, a simple task for many tanks – there’s not even a need to spam Premium shells.

The Maus also suffers from poor gun depression. Due to the fact it cannot aim down far, it will prefer to attack from flat terrain. Use this to your advantage by either avoiding flat areas or forcing the Maus to attack on uneven landscapes.

Due to its side, the Maus makes for an appetizing target for SPGs. Try to pull the Maus toward you and out into the open. As soon as the Maus is visible, your SPG support should be able to rain down HE rounds onto its top. A Maus tanker will try to avoid open-field engagements at all cost, so use this to your advantage.

Finally, as mentioned above, the Maus is extremely sluggish and struggles to move quickly. Even the turret has limited traverse speed. When using one of the highest alpha damage Medium tanks, you can quickly get around the Maus and shoot its rear or even try shooting the lower plate of its frontal armor. It won’t always work, but it can be worth a shot if you’re in a difficult position.

While the German Maus is a formidably-armored Heavy tank that packs a mean punch and can withstand a lot of punishment, it is not invincible. Even the greenest of novices can destroy the Maus, so long as they play smart and exploit the Maus’ weaknesses. Let us know in the comments how you like to attack the Maus!