Learn where to find each Slime Rancher vault at the end of the game with our Hidden Vault locations guide! 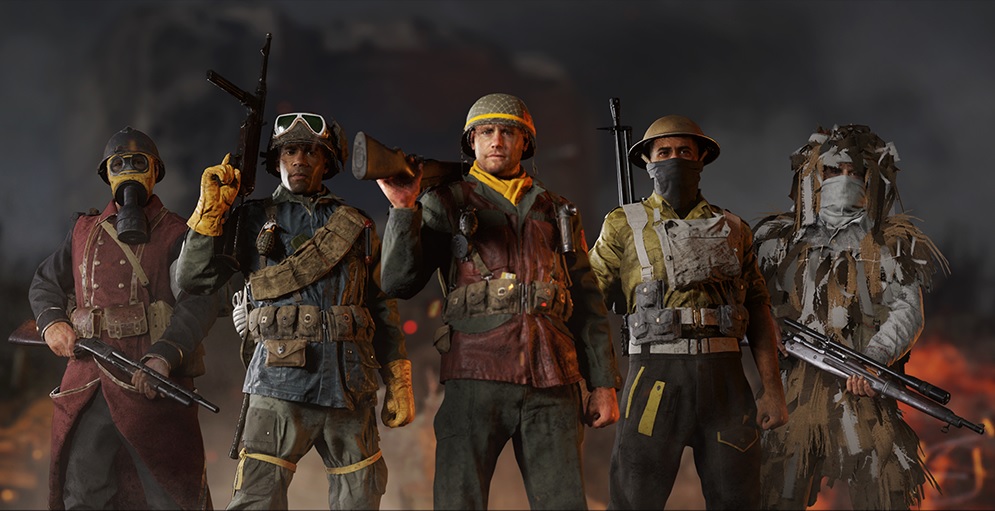 A Redditor has found a giant fish after glitching through a boundary.

During E3, Activision gave players their first look at how classes work in Call of Duty: World War 2. Now that the CoD: WW2 Beta is out, we have a better idea of how Divisions work in CoD: WW2. Sledgehammer Games has replaced the multiplayer Create-a-Class system with a new feature called Divisions, which gives players a new way to build their multiplayer loadouts. This guide offers a quick breakdown of each Division and how the new classes work in Call of Duty: World War 2.

There are five unique multiplayer Divisions in Call of Duty: WW2. Each Division represents a sort of player class archetype, each with their own Division Skill and Division Training. Players can choose any weapon with any Division, and any Basic Training perk with any Division, but certain weapons will compliment certain Divisions. For example, the Airborne Division's Division Skill is the Suppressor, which can only be applied to SMGs.

First to the fight, with fast mobility and quiet traversal. Ideal for run-and-gun players who prefer nimble, stealthy maneuvering to reach the enemies quickly before they know what hit them.

Suppressor - Hides muzzle flash and prevents gunfire from appearing on enemy mini-maps, but reduces range of weapon. Toggle Suppressor on/off by pressing left on the D-Pad.

Precise and deadly sharpshooting class. Good for those who like to play as long-range scouts and snipers. Mountain Division players have skills that allow them to target enemies and deliver critical intel to their teammates while remaining somewhat hidden from enemy detection.

Sharpshooter - Block out the surroundings and in return acquire aim assist and enemy names. Activated while holding breath with L3.

Infantry are skilled marksmen who act as “the tip of the spear” in battle. This may be taken quite literally, considering the bayonet skill that comes with this class. This versatile class allows players to attack from any range using multiple weapon attachments.

Bayonet Charge - Special training on the use of the Bayonet that makes Infantry riflemen a threat at all ranges. Press R3 while sprinting to activate.

The Armored Division is known for wielding heavy firepower, thanks to the bipod LMG that comes with the class. Good for players who want to focus on capturing and controlling objective areas, such as in the new War game mode. Soldiers in this Division start with a Rocket Launcher as their secondary weapon.

Bipod - Protect territory by mounting your machine gun. Mount on ledges and while prone for less recoil. Press left on D-Pad to mount weapon.

This Division likes to get in the enemy’s face, igniting opponents with incendiary shotgun shells and makes full use of their weapon arsenal.

Incendiary Shells - Shotgun rounds which spark flames that burn enemies to death. Press left on the D-Pad to load shells.

Level 2: Select a piece of Tactical and Lethal Equipment.

Traditional Perks have been essentially replaced with the Division Training and Basic Training bonuses.  Players will still be able to customize their classes and loadouts to fit their personal playstyle by utilizing various weapons, attachments, and equipment available in each Division loadout.

We will continue to update this guide as more details are revealed regarding how Divisions work in Call of Duty; World War 2, so be sure to check back here for updates.