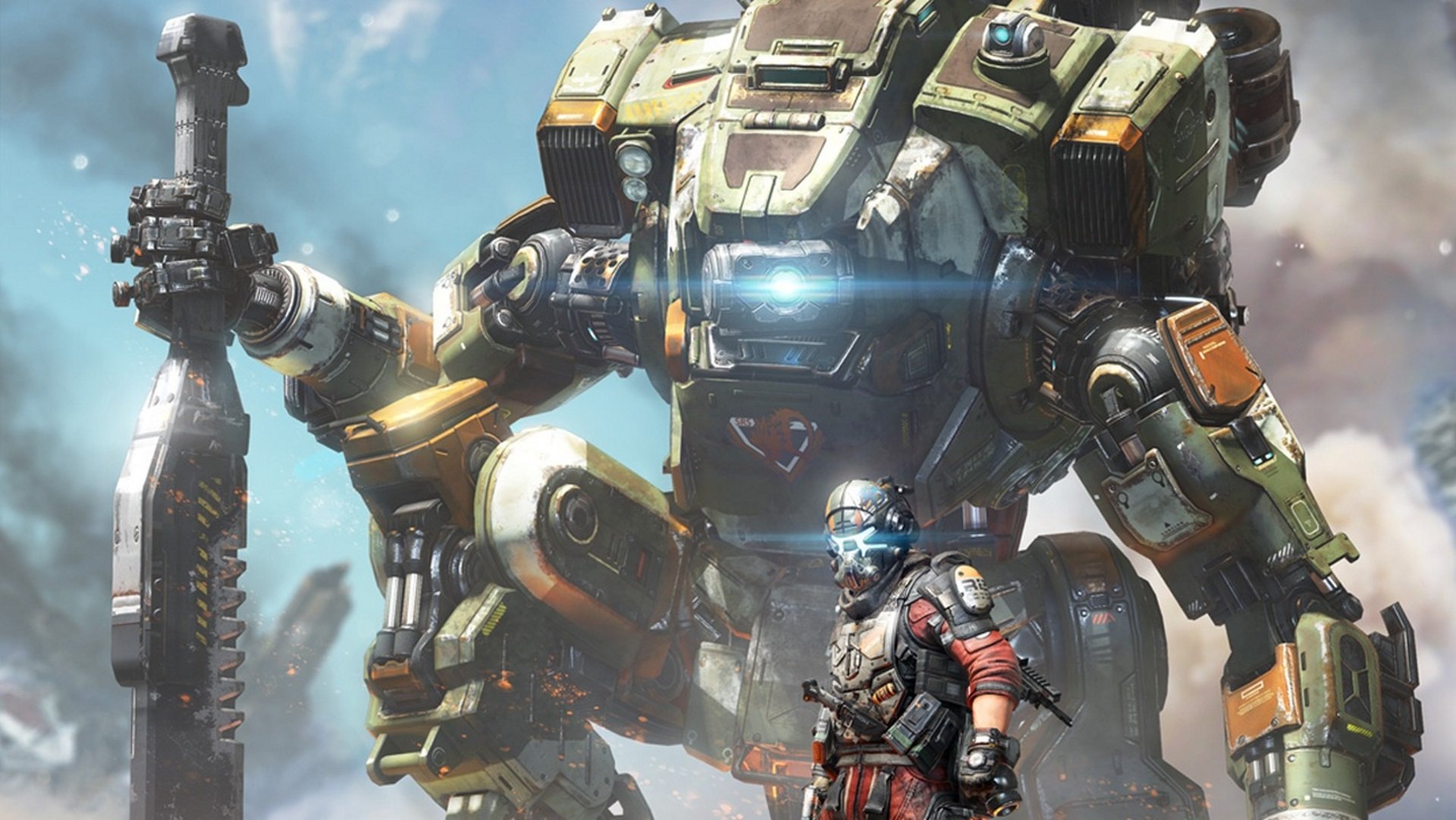 Titanfall 2 is the closest thing to Half-Life 3 we may ever get.

Look, we know that a game about giant mechs and jetpack-boosting across terrain while gunning down goons is a far cry from City 17, but hear us out on this one. In terms of structural design, Titanfall 2’s campaign is pure ideological joy. Each chapter of the 6-8 hour campaign is a fresh take on how to make the best FPS campaign possible. We honestly can’t remember the last time a game, let alone a shooter, impressed with this level of creativity. No, wait, that’d be Half-Life 2 again.

Valve’s classic is filled with memorable sequences: stalking through the streets of Ravenholm, sawblade gripped tightly in the clasp of the gravity gun; racing the airboat, careering between mines dropped from above; commanding a horde of antlions in Nova Prospekt. Half-Life 2 wasn’t afraid to change up the formula, and neither is Titanfall 2. But, perhaps more importantly, it isn’t afraid to drop mechanics either.

A masterclass in design

One level in Titanfall 2 sees you running through a giant production line, bounding across walls and environments as they’re pieced together around you, the next you could be manipulating cranes to build the path ahead, or leaping between spaceships as they rush over the planet’s surface. Each has it’s own thing. A concept on which the entire level is balanced. But once you complete the chapter, that’s it — you’re done, move along. By stripping your toys away, you’re never given the chance to get bored them, pushed along instead to the next playground.

Of course, it’s impossible to write about Titanfall 2 without mentioning Effect and Cause. Unquestionably the game’s piece de resistance, so much has already been said of this time-skipping masterpiece, so we’ll keep it brief. Beyond perfectly combining combat and platforming into one beautiful package, Effect and Cause is the greatest power trip in gaming.

What most games would show in a cutscene, or restrict to key, controlled scenarios, Titanfall 2 leaves you entirely behind the wheel. Jumping between the past and present, you’re free to take apart whole squads of bewildered enemy grunts. The feeling of power is only amplified through the dialogue, with your enemy utterly failing to comprehend what’s happening. Cries of confusion and shouts of “advanced stealth tech” leave you cackling with glee as you phase in and out of time. If nothing else, the level has the best tooltip in gaming history: “Press left bumper to time travel.”

Respawn’s latest didn’t exactly get the release it deserved, and it’s hard not to lay some of the blame on EA, who inexplicably chose to release it smack bang between Battlefield 1 and CoD: Infinite Warfare. As such, concerns were quickly raised over how many players would stick with it in the months after release.

Fortunately, the multiplayer has earned a decent core of continual players, meaning it’s still quick and easy to jump into a game of Attrition — though other modes suffer in waiting times. It’s great to see the game still alive and kicking, but it’s a shame that some of the best modes have been left in the cold a little. Titanfall’s movement truly lends itself to game-types like CTF, but the bulk of players has gravitated to the deathmatch-style mode.It’s easy to see why players have stuck with it. Even Attrition offers an unusual thrill that can’t be found anywhere else on the market. Hurling yourself through levels via grappling hook still feels incredible, and calling down your first Titan of the match still sent waves of teenage joy through our spine as the mech came hurtling down. Respawn has put in the work, too, adding skins, a new Titan, and even a surprisingly-involved, co-op horde mode to add lasting appeal.

With a year passed, interesting strategies have also begun to manifest online. Earn your mech early, and you could quickly farm points via the NPC soldiers, but it’s often best to focus solely on enemy pilots, reducing their titan charge while your own allies mop up grunts to boost their own. As the match progresses this shifts again, and Titans become the most effective way to deal with the more powerful stalker and reaper bots, the killing of which can prove pivotal to a matches’ outcome. The pace of the game is relentless, and often exhausting, but it’s a title I find myself returning to month after month.

It'll be a mark of shame on this industry if Titanfall 2 doesn’t go down in history as a seminal FPS. In fact, it’s almost insulting to return to the AAA shooters released since. Sure, CoD has copied wall running and jetpacking, but they fundamentally fail to realise the true brilliance behind the game. Instead, the big names seem content to push out rote combat sequences we’ve already played a hundred times over. Granted, it’s only been one year since release, and Bethesda’s work with Wolfenstein 2 is a positive note, but we’re not exactly holding our breath for the big guns of CoD and Battlefield.

Thankfully, even if the likes of Activision don’t take notice, the community already has. Titanfall 2 received both critical and user acclaim. When DOOM released in May 2016, we wondered how any FPS could hope to compete within the next five years. Titanfall 2 cut that timeline down to just six months. Thank you, Respawn, for educating us all.

There are so many more things we could gush over when it comes to this game, from the brilliantly b-movie villains, to the surprisingly heartfelt story. But, we can’t think of any better closure than An Angry Albino’s impressive speedrun for the game from Summer Games Done Quick 2017. It covers a lot of the game’s brilliant mechanics, and is nothing short of a phenomenal run.