How To Unlock New Balls In Bouncy Hoops

Learn how to earn coins and unlock new ball designs in Bouncy Hoops. 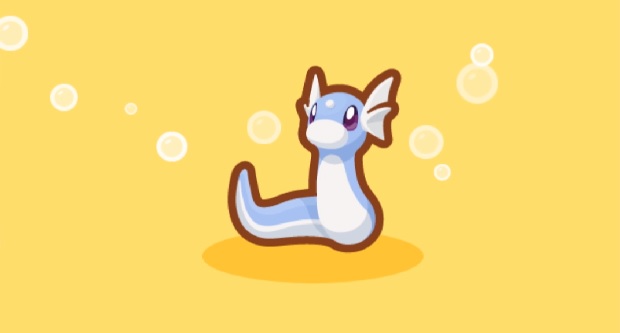 Magikarp Jump - How to Fish for Dratini

Discover secret events and get shiny Pokémon in Magikarp Jump.

Magikarp aren’t the only aquatic Pokémon players can fish for in Magikarp Jump. While fishing for new Magikarp, players have a chance to catch a cute, shiny Dratini instead. For the most part, catching a Dratini is random. However, players have discovered a method for fishing up a Dratini that seems to work most of the time. This guide will explain what you need and the steps required to fish for Dratini in Magikarp Jump.

How to Fish Up a Dratini

The Dratini fishing method only involves a few steps, but is going to cost you quite a lot of Diamonds. Make sure you’ve saved up at least 210 Diamonds before attempting this trick in Magikarp Jump. Diamonds can be hard to come by, so you may want to have more than that just so you don’t wipe out your entire Diamond supply.

The key to catching a Dratini while fishing is to repeatedly toss back each Magikarp you catch. You should only need to recast your fishing rod five times before catching a Dratini. Each fishing rod recast will cost you some Diamonds, which is why you need to have some saved up beforehand.

When you fish up a Magikarp, toss it back by pressing the Try Again button in the lower left corner. The first fishing retry costs only 10 Diamonds, but each subsequent fishing retry will cost 50 Diamonds, adding up to a total of 210 Diamonds by the time you fish out a Dratini. Pressing Try Again will send you back to Roddy Tackle, and you will have to pick another fishing rod to recast. Repeat these steps five times to fish up a Dratini in Magikarp Jump.

Fishing for a rare Dratini not only gives you an adorable shiny Pokémon, it also fulfills the requirement for random Event 32, titled “You’re No Magikarp!”. This event rewards you with one additional Skill Restore item as a reward for catching Dratini.

Since Dratini is an expensive Pokémon to catch, you may want to consider spending your Diamonds on a more lucrative investment, such as Friendship items that allow you to befriend Support Pokémon. A Support Pokémon helps you during battle by offering various stat boosts and effects. However, if you’ve already got the Support Pokémon you need and have excess Diamonds burning a hole in your virtual pocket, then fishing for a Dratini is next up on your to-do list.

Now that you’ve fished up a Dratini in Magikarp Jump, you may want to complete the event for evolving Magikarp into Gyarados next, if your Magikarp is ready for retirement.

Read: 5 Magikarp Jump Secrets You May Not Know