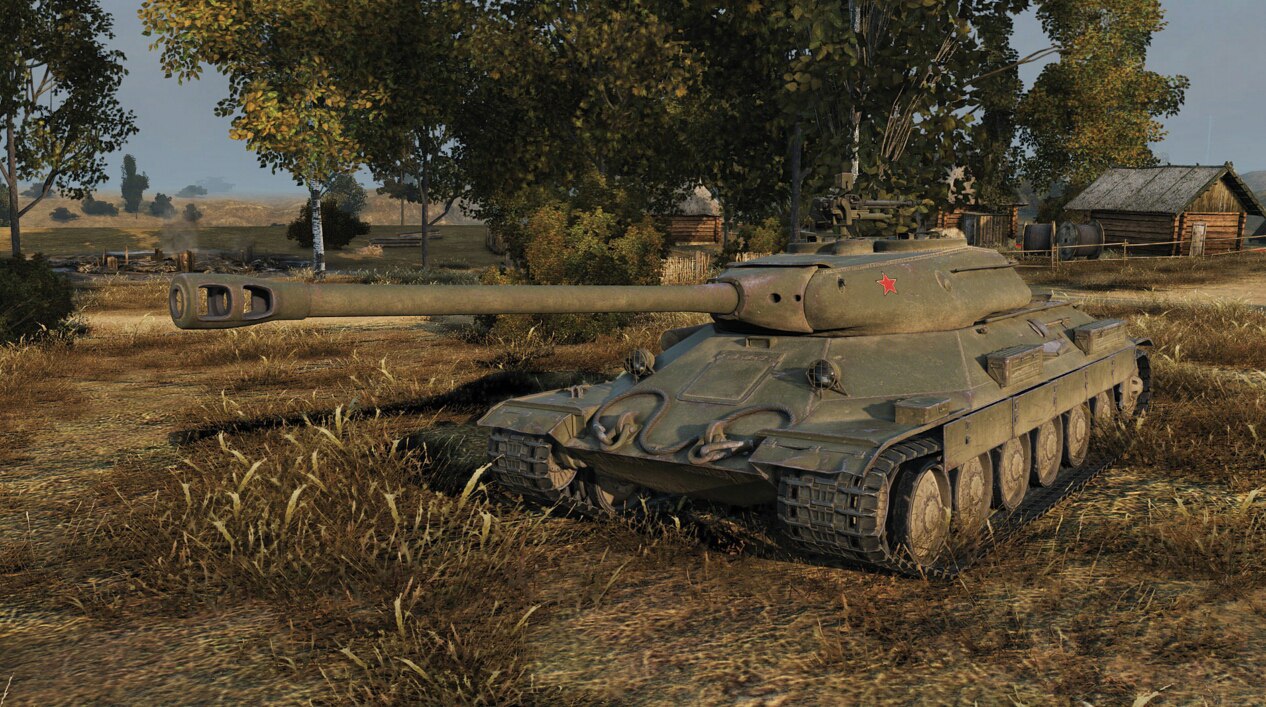 How to Destroy the IS-6

The IS-6 has been available for some time now, and while a lot of veteran tankers already know how to destroy the IS-6, newer players might struggle against this titan of the USSR. As far as Premium tanks go, the IS-6 has often been lauded as one of the best Premium tanks to farm credits in World of Tanks, but more than that, it’s an extremely enjoyable tank to pilot.

While it’s possible to take down an IS-6 in a similarly-tiered tank, and even more common to reduce it to burning rubble in higher-tiers, coming up against the IS-6 can be a nightmare for a lower-tier or even a stock tank. This issue is further compounded if a new player has just encountered an IS-6 for the first time.

The IS-6 is extremely well-armored and packs a mean punch, but can be destroyed, even if you just so happen to be a new player! As always, we want to hear from the veterans, what tips would you give new players who face an IS-6 for the first time?

How to Destroy the IS-6

Destroying the IS-6 can be a tricky process as it has a lot of positives features. It has great DPM and alpha damage values, excellent armor that is superbly angled, and offers decent speeds especially given its armor.

To destroy the IS-6, you must first understand its armor. With 100 mm and 150 mm of frontal hull and turret armor respectively, the IS-6 is a challenge to attack head-on. To make matters worse, this armor is exceptionally well-angled, increasing its armor rating up to and above the 200 mm mark if a pilot is angling correctly.

However, though it’s somewhat impenetrable from the front, the IS-6 does have a glaring weakness that is its rear hull armor. Coming in at a piddly 60 mm, the rear of the hull should be your primary target on the IS-6, even though the thickness increases due to its angle. As seen in the image below, this is also where the fuel, engine and transmission is located and if enough damage is done to this, the IS-6 will stop dead in its tracks.

Unfortunately, killing the crew isn’t a viable way to destroy the IS-6, as it can be difficult to target the crew through the IS-6’s front and side armor.

Read: How to target crew members

Finally, do not forget about the artillery on your team. SPGs have become more powerful thanks to their stun abilities, which will help keep the crew of the IS-6 from functioning. Also, a direct hit on the top of the hull will spell huge amounts of damage for the Russian Heavy.

How to Fight the IS-6

Now that you know how to destroy the IS-6, you must be able to put this into action. In order to do this, focus on the weak points of the IS-6 – and no, we’re not just talking about the armor! The IS-6 has other weak points aside from the basic thin rear armor, so keep these in mind as you set your sights.

Though the IS-6 is “fast” compared to other Heavies, it is still just that, a Heavy. A top speed of 35km/h is hardly zooming, so any Medium or Light tank should be able to quickly move around it. Exploiting the IS-6’s slow speeds is an excellent place to start, as this leads to free shots at its rear.

The IS-6 also lacks View Rang. This limited View Range of 350 m makes it especially weak against passive scouts and even some of the best active scouts. By staying outside of its View Range and transmitting the IS-6’s location to your allies, you can easily avoid its high alpha damage guns and get into a position to target its aforementioned weak rear hull armor.

Additionally, tanks that boast excellent gun depression can actually successfully pierce through its frontal armor with ease. When attacking the IS-6 from above – so long as you’re at the correct angle – you can penetrate the thick frontal armor. Unfortunately, this is an unlikely scenario to encounter.

Though the IS-6 is one of the oldest Premium tanks available, it is still a formidable opponent to encounter on the battlefield, even more so for newer players. However, it’s important to remain calm, as it is possible to fight, and even destroy the mighty USSR’s IS-6 Heavy tank.