Cheap VR is on the menu 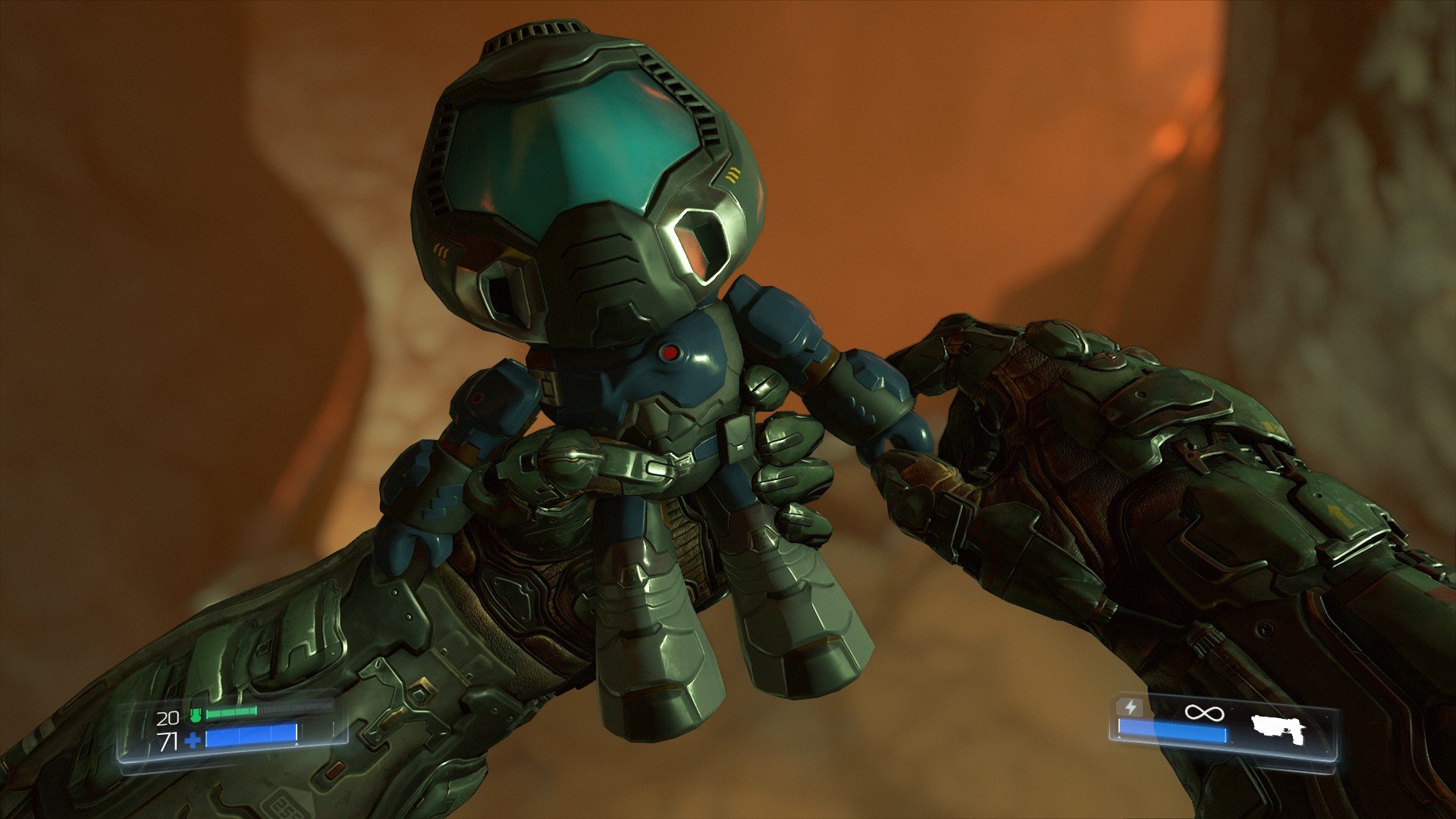 PlayStation 4 and Xbox One players will finally be able to explore the update’s open landscape.

If you're picking up DOOM on the Switch today (what an incredible world we live in) then you may be looking forward to discovering all the secrets and hidden bits now traditional in the series.

To help you out if you get stuck, we've got a run down on where all 26 of the little Doomguy figurines you can find are, which unlock models for you to view in the menu – not the greatest reward, but it's nice to appreciate all that effort the animators went to.

First up, an itemised list of who's where, and what they unlock, if you're figuring out where to go to complete the collection. Suppose we should add that there are SPOILERS for level names here, but they don't give a great deal about the plot away. Each level contains 2 Doom Dudes so if you only found one, guess what? But if you need a quick reference, here you are:

Now you know where to go for your lost Funko Pop dolls, here's exactly where to find them in each level with a little bit of help on how to get there.

There's a ledge with a green lamp right about here. If you crawl on top of a crate nearby you can hop up onto it, and that's your easy starter.

The original and best can be found by climbing the tower in Resource Operations. There's a tiny nook in the side of the tower with some bloody finger prints about. Naturally.

To get the Bronze Guy, jump up on the crates the red Elite Guard is leaning against (after you snatch his SD card) and climb into the entryway directly above on the second floor. Bronze Guy is just inside, under some pipes.

The Vault Guy figure is hidden away under the floor, in a small alcove near lava.

The Prototype figure is chilling out in the box without a lid on an assembly line right here.

This figure is located high up in the rafters and will require a fair amount of platforming to reach, just look up when you get to this location and you'll spot the jumps you need to make.

Stealth Guy is in one of the top rooms hovering over the map, and will require walking along ventilation piping to reach.

For this figure, you'll need to jump from ledge to ledge and climb your way up to the top of the energy tower, following the transport vehicles as they move. The figure is on a ledge below the highest point so just jump on over.

Our Purple friend is chilling out on a support beam beneath the walkway at this point of the Argent Tower, just carefully drop down and fetch him.

Find Astroguy back behind the level, hidden on a side pathway.

The Redguy is located on the top of a rocky tableau barely out of reach above the main path. To reach it, climb to a higher point and jump down.

This figure is in a small side room just slightly off the main walkway.

This figure is inside of a small room to the side, accessible by climbing up crates and looking to the left.

The Phobosguy is hidden back behind a large pipe on the side of the level if you head to this spot you'll be able to see him.

Pink Guy is tucked away within the ventilation pipes on the map.

The Eliteguy is hiding in a small back room filled with monitors here on the map.

The Toxicguy is hidden inside a wall panel, which is unlocked by pressing the red button on its front. Walk up to it, and a button prompt will appear, causing a wall to emerge with the Toxicguy floating inside.

Keenguy is fairly easy to find, since he's stowed away inside the wall at the end of the level's walkway.

To reach Silverguy, use the yellow jump pad to launch yourself, then work your way up to the second level. The figure is tucked away inside a cave just across from the large armor pickup.

This figure is located on a smaller, lighter panel beneath the others you'll have to cross to cross the chasm to the other side. Look down when making your jumps to find it.

To get the Hazmatguy figure to drop, fire rockets at the red symbol on the "forehead" of the massive demon sculture. Watch as it floats gracefully down a few feet away, then claim your prize.

Find this by entering a large building via the green-lit doorway about here on the map. The figure is at the end of the entrance hallway, just before the opening into a larger room.

This figure is located on the pipes beneath the ramparts of the facility. Drop a long way to reach him.

There is a break in the stairs going inside. Through that break, the Doomguy figure is visible in a tiny room.

This li'l guy gets gifted to you once you beat that final boss, so no need to go searching.