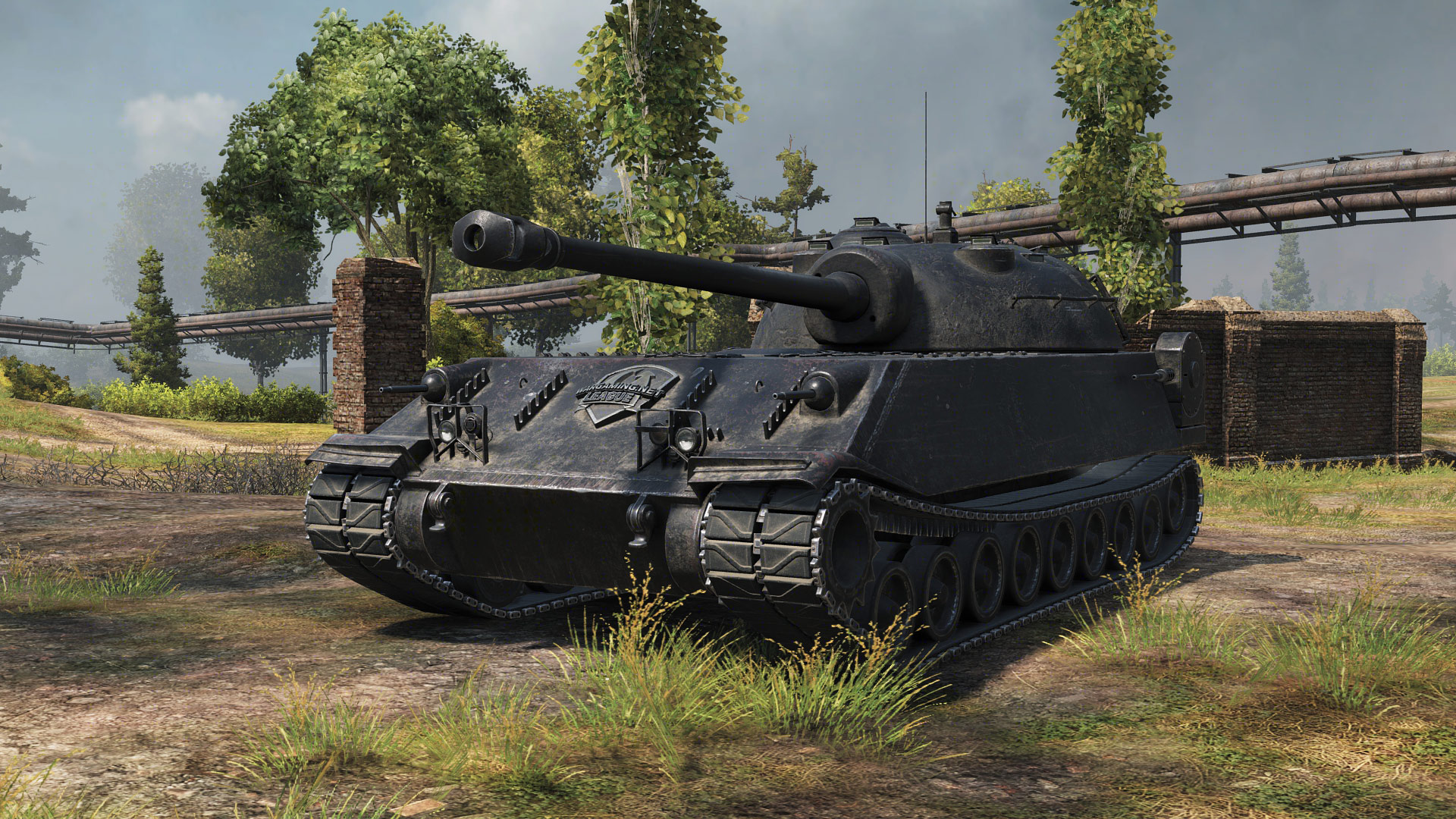 How to Destroy the Chrysler K GF

Sit back, relax, and tune in to these awesome World of Tanks Twitch streamers when they go live.

The Chrysler K GF has recently been added to World of Tanks and tankers everywhere will want to know how to destroy it, kill it, and where its weak points are located.

This new American Heavy tank has some absurdly strong frontal armor and can dish out surprising amounts of damage. While it seems like there’s no way to penetrate the Chrysler, it does have a few weak points, and you will definitely be able to destroy it.

If you haven’t already, take a moment to read over our guide on how to play the Chrysler K GF, this will give you a good insight into the mindset of someone playing the Chrysler. The first step to destroying an enemy, is knowing how the enemy thinks.

The Chrysler K GF relies heavily on its frontal armor plating. This frontal armor is exceptionally sturdy and almost completely impenetrable unless you’re a higher tier and even then, only when in a Tank Destroyer.

However, the lower glacis of the Chrysler is susceptible to penetration, especially when being hit from below. Wherever possible, attempt to attack the Chrysler from below it in order to hit the flatter surfaces and increase your chances of penetration.

Another advantage to attacking the Chrysler from below is due to its unseemly gun depression, clocking in at an unfortunate -6 degrees. You will be able to embarrass many Chrysler drivers by exploiting this gap in their attacking angle.

Most Chrysler pilots you face will opt to sit head-on and slightly pivoted in order to point the corner of the Chrysler in your direction. This slight angle increases the side armor to even greater heights, preventing penetration. To combat this, widen the angle by moving around them, flatting the armor out and allowing you to penetrate.

In the event you are unable to simply widen the attacking angle, consider completely relocating and attacking from the rear. The backside of the Chrysler is a measly 76mm and will be easily penetrated by most vehicles. The same applies for the Chrysler’s turret, though rounded, it suffers from thin spots on the back.

The Chrysler also benefits from faster movement speed and turret traverse compared to other Heavy tanks, but it is still a Heavy tank. In faster Mediums and Light tanks, you can quickly circle the Chrysler, potentially even damaging the sprocket and preventing it from pivoting, thus decreasing its ability to angle. With another tanker, you can easily overwhelm a Chrysler that was otherwise immovable.

Speaking of sprockets and tracks, the Chrysler does have a weak point near the front point of the track. An AP round that hits here—so long as the Chrysler isn't angled perfectly—will result in damage.

One of the best solutions is to accept the existence of SPGs and call for support (in the event you’re lucky enough to have one on your team). The Chrysler has a large and flat surface, extremely prone to penetration and HE shell damage. It will not stand up to much punishment from SPGs.

Speaking of HE rounds, while you may not be able to penetrate with AP rounds, a well-placed HE round into the side of a Chrysler will be enough to damage the armor. Once the front of the hull starts taking damage, there’s very little protecting the engine and fuel from breaking down and catching fire.