Win Up to 1,000 Gold in World of Tanks Ice Cream Social Tournament

Here’s the scoop on the latest World of Tanks tournament. 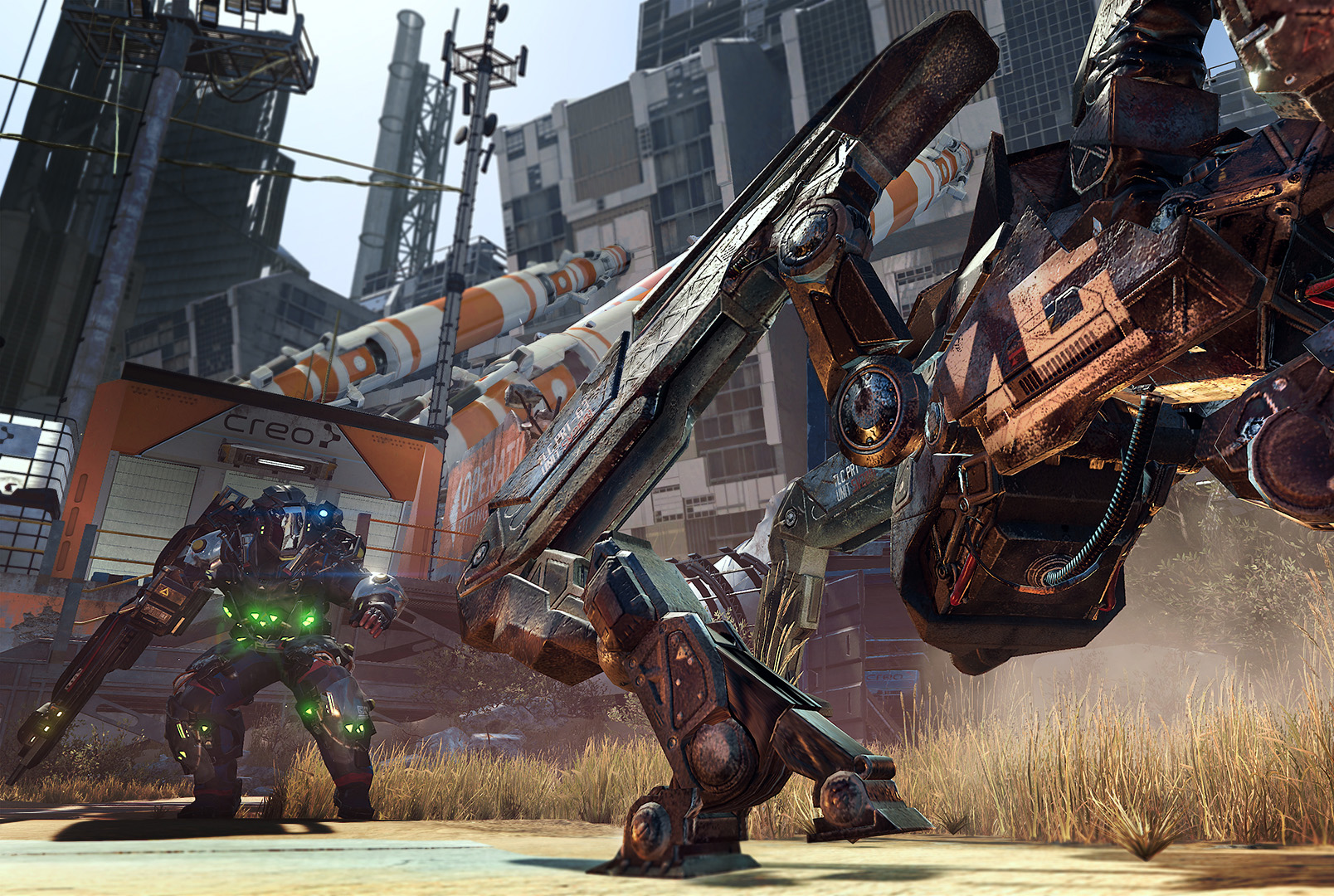 The Surge - All Armor Guide, All Sets and Effects

Wondering if your favorite superhero or villain made it into Injustice 2? Check out the full character roster!

This is a complete armor guide for The Surge that will show you the complete armor sets you can attach to your Exo-Rig and the bonus effects they grant when worn as a set.

One of the main mechanics in The Surge is collecting new armor schematics, equipping new armor and weapons, and then upgrading your armor and weapons. This will help increase your power, balance Power Core consumption, and even affect your health. However, whenever you equip a complete set of armor, you will receive a special stat bonus. Take the time to learn how to get new Schematics, as you will need to do it many times to unlock all armor sets.

Wearing a full set of Lynx gear grants increased attack speed while at or near full health.

The Lynx armor is one of the starting classes, but it can also be cut from enemies at the start of the game. Though this set is light and offers low defences, it consumes only a small amount of power and will increase your attack speed.

Liquidator armor can be salvaged from numerous enemies throughout The Surge. Look for the enemies near toxic areas or the gun-wielding enemies in the Research and Development level. They have green circles on their armor. The Liquidator armor set is useful if you dislike being effect by flames or gasses.

Wearing a full set of Chrysalis gear causes you to regain health whenever you kill an enemy.

The Chrysalis armor in The Surge can be farmed once you reach the final area in the game. This area is full of crystals and machine that has gone haywire. From the Ops center, turn left and stick to the left. Pass into the next room to find an enemy with complete Chrysalis armor.

Wearing a full set of Rhino gear grants increased Impact while under the effect of Implants that boost weapon damage.

The Rhino armor is the other starting armor in The Surge and offers a similarly attractive bonus effect when a full set is worn.

Wearing a full set of Proteus gear grants passive health regeneration and increases the amount of all healing effects.

Taken from the terminator robots you find in the fourth level, Research and Development, this set of armor is excellent for those who are happy waiting for their health to regenerate instead of using precious injectables. Keep in mind that the regen effect is only 5 health per 10 seconds, so it will take a while.

Wearing a full set of Bloodied Proteus gear grants passive health regeneration and increases the amount of all healing effects. This gives the same effect and defence values as the Proteus armor, the only difference are the cosmetics.

To find the Bloodied Proteus armor you must have cleared the Research and Development area for the first time. Start at the Ops in Research and Development, run out the door and up the stairs in front of you, continue up the next flight of stairs and into the door ahead. Turn left and follow the hallway to the end. Enter the room and the Bloodied Proteus enemy will be downstairs at the back of the room. Try luring it into the room behind, and use the lift to disengage the other enemies.

This armor can easily be farmed after you have cleared the Research and Development area of The Surge. The main roller door in the lobby can be accessed, granting you a path to where you may have fought the Clan near the vending machines. This is also where you can unlock the IRONMAUS armor.

Once through the door, defeat the Scarab-wearing enemy and proceed past the containers. The next enemy with the drone is a standard security guard, but the guard behind him is wearing MG Cerberus armor. It’s best to try and attack him alone, as he can easily smash you with his weapon.

Wearing a full set of Scarab gear grants a boost to the effect of all Vital Boost Implants.

Much like the MG Cerberus armor, this armor can be easily farmed after completing the Research and Development section of The Surge. Proceed through the main roller door and you will find a single Scarab-armored enemy near the vending machines. Die anywhere here and you will enter the area again with the Scarab enemy respawned.

Wearing a full set of Elite Hazard gear alters the effect of your drone’s Emergency Coolant Vent ability, causing it to instead vent a cloud of toxic gas.

The Elite Hazard gear can be collected from the flamethrower enemies in the Research and Development area. Look for the enemies with the large canister on their backs, these are the Elite Hazard crew. This set of armor is useful for players who love using their drone at any opportunity. Keep in mind you need a specific drone for this one to work.

Find all Shining Coins to unlock the IRONMAUS armor. These Shining Coins are dropped from the Bulldozer Smelting machines found around The Surge. Take the five coins to where you farm for the MG Cerberus armor and activate the vending machine to reveal the armor.

Collecting a complete armor set in The Surge can be a tedious task, especially when facing some of the harder enemies such as the CREO Security guards. However, it is worth the effort, as a complete set will benefit you greatly. Pick a set that bests matches your playstyle to increase your combat efficiency.

If you read this guide, you should now know all complete armor sets in the Surge, and what bonus effect they give when worn together.