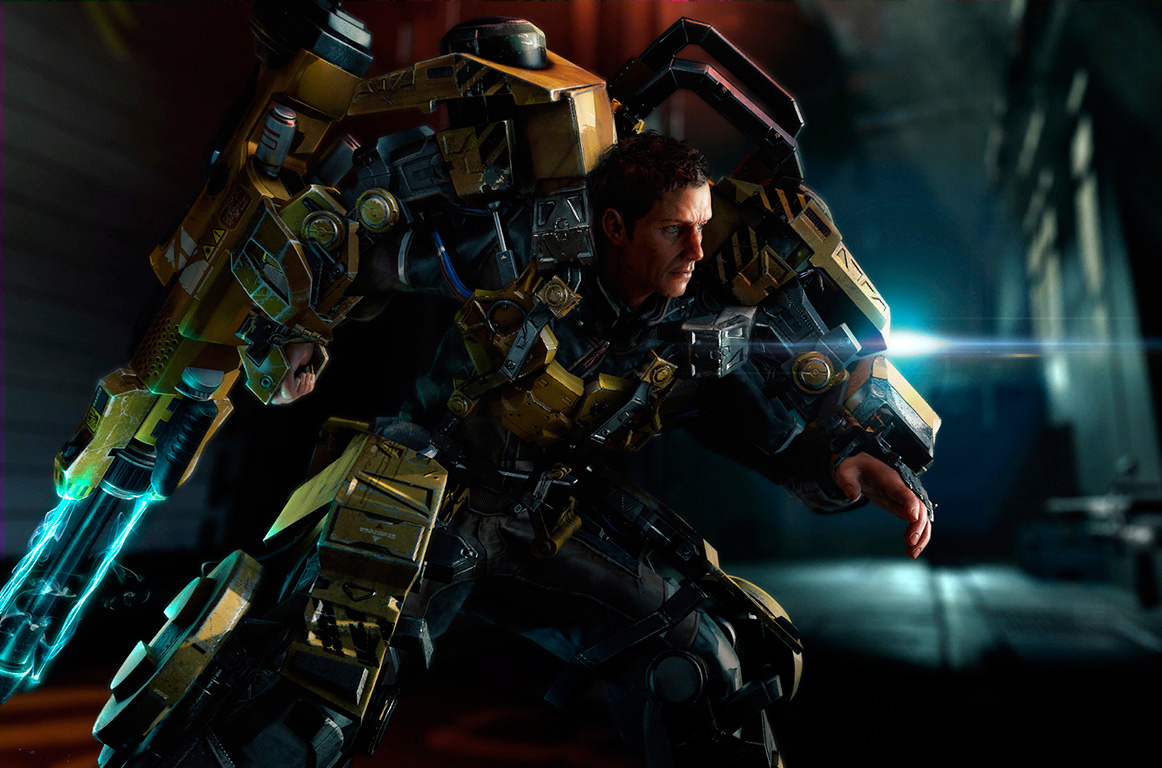 All the weapons types have their own vertical attacks, horizontal attacks, and dodge attacks to learn. Stringing these different attacks together will allow you to easily overcome any enemy you might find. A point to remember is that each weapon will increase in power once you learn how to upgrade weapons in The Surge.

The Staff weapon type in The Surge is a long pole instrument held with two hands. This type of weapon has fast attacks, moderate damage and good reach. After landing several hits, the staff’s combo shifts to a series of rapid jabs – excellent at chunking enemy health. This weapon type is best used by players who prefer fast attacks and range.

Single-rigged are similar to the Twin-rigged weapon type, but are attached to a single arm of the Exo-Rig. The single-rigged weapons in The Surge offer powerful attacks at the cost of speed. These hard-hitting weapons are good for slow and powerful builds that prefer high damage over attack speed.

The one-handed weapon type in The Surge is held in the hand, as opposed to being attached to the Exo-Rig. This weapon type is like the classic “sword” in other RPG or Souls-like games. They offer a good range of options, but don’t excel in any single area. One-handed weapons are an excellent option for the player that wants a good balance between speed and power.

Heavy-duty is a two-handed weapon type in The Surge that boasts extremely high damage and very slow attacks. However, they also have extremely high energy gain, meaning your energy bar fills quicker, allowing you to use abilities sooner. These weapons hit harder than anything else in the game, but have long attack patterns leaving you open to attack. The heavy-duty weapons are great for players who don’t mind getting hit while landing devastating blows.

Be sure to check out our other guides, such as how to get new Schematics, how to farm armor materials, and how to defeat the third boss, Big Sister!

If you read this guide, you should now know all weapon types in The Surge.