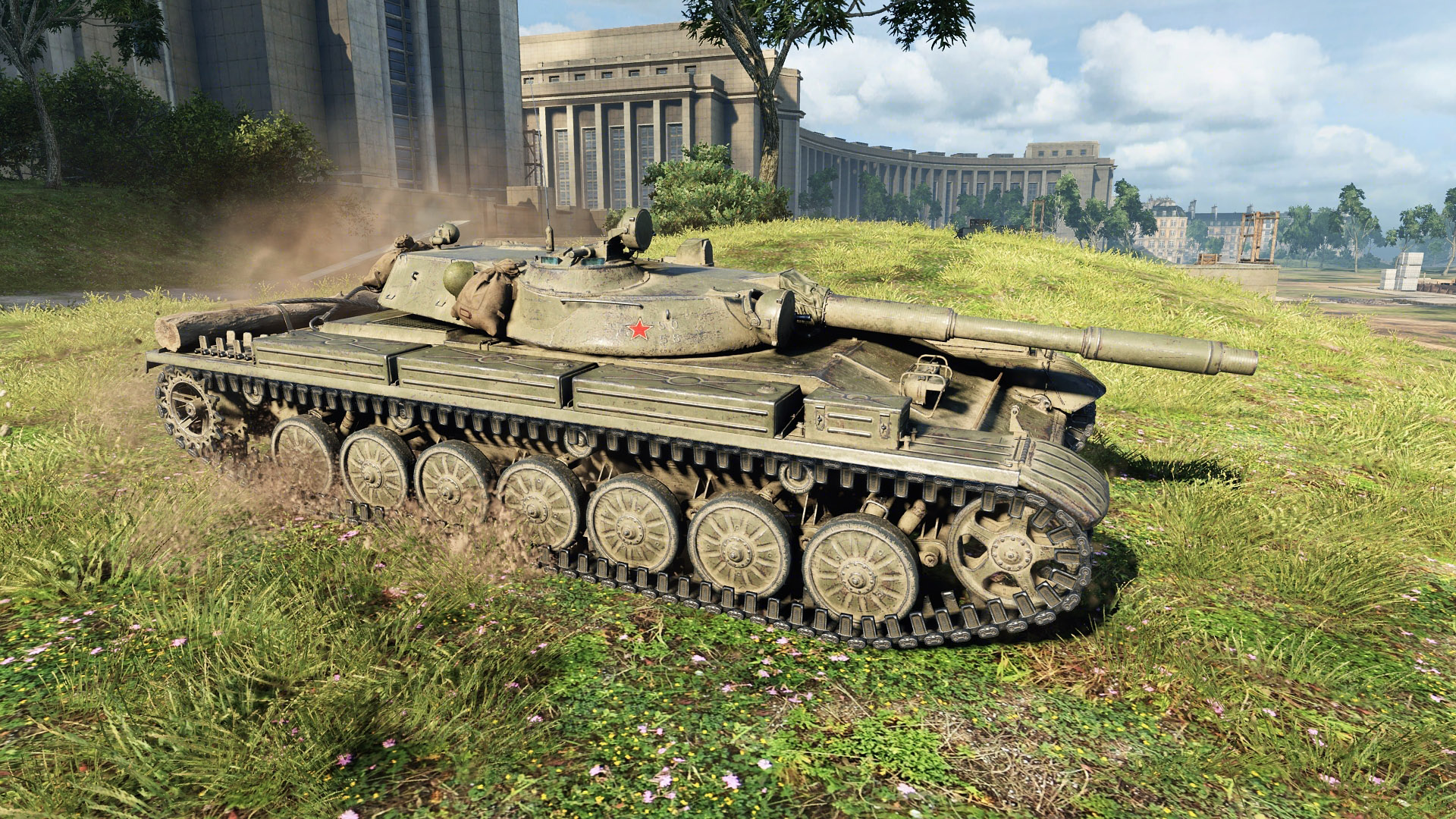 One of the newest Light tanks to hit the Garage is the XM511 Sheridan, a USA Tier 10 Light tank that concludes one of the best USA tank lines in World of Tanks. The Sheridan is an enjoyable Light tank that offers plenty of speed and a reasonably low profile, thus giving it the ability to get into position quickly.

The Sheridan also offers two types of weapons in the form of the 105mm Lightweight and the 152mm Gun-Launcher XM81 (a derpgun)! Unfortunately, the Sheridan suffers from poor armor overall, leaving little room for error. Any overextension will be swiftly met with immediate destruction.

The armor on the sides of the Sheridan is also extremely flat, making it easy for enemies to penetrate. Despite this, with APCR as standard rounds, the Sheridan is still able to penetrate most targets when aiming correctly. Moreover, the Sheridan has the highest DPM out of the newly added Light tanks, which will likely make it a favorite among tankers.

The German tech tree received a Tier 10 Light tank in the form of the Rheinmetall Panzerwagen or Rhm. Pzw. This new Light tank has the highest top speed of all current Tier 10 Light tanks, making it a popular pick for those looking to active scout in Tier 10 battles.

However, the Rhm. Pzw. Struggles with its armor (both on the hull and turret) with no section having a thickness greater than 30mm. The saving grace is that each side is slightly angled, with the turret being rounded and low, making it possible for shells to bounce.

Tankers could—instead of actively scouting—consider taking advantage of the Rheinmetall’s View Range and Signal Range by sitting in a bush until later on in the match.

The T-100 LT is the newest Light tank to reach Tier 10 in the USSR tech tree. This pancake-like Light tank has an exceptionally small profile with a 19.84% Concealment value, making it one of the sneakiest Tier 10 Light tanks.

Light tank players who prefer to sit on the side and sneak around, taking their enemies by surprise, will be pleased with the USSR’s T-100 LT. Thanks to the T-100 LT’s height, and its impressive turret armor of 180mm at the front, the T-100 LT is a rather hardy Light tank.

Much like the Sheridan, the T-100 LT feels like a reward for finishing the USSR’s light tank line, offering high speeds, great turret armor, and excellent camouflage values. However, tankers should take note of its dispersion rating of 0.44, so don’t expect all of your shots to land.

Moving onto the French tech tree, the AMX 13 105 is a Light tank that boasts a magazine loading system, allowing it to have three shells loaded and ready to fire. The drawback here is the unseemly reload time of 26.43 seconds for an entire magazine.

However, each shell can be fired rather quickly, and the aim time of just over 2 seconds (2.21 seconds) makes it an improvement over the AMX 13 90 (though it's slower than other Tier 10 Light tanks).

Unfortunately, the AMX 13 105 is the outlier of the newly added Light tank, with no superior value over the other Tier 10 Light tanks. This isn’t to say it’s inherently bad, but it fails to offer any specific style or niche statistic.

Finally, the final Light tank brought to Tier 10 is the WZ-132-1, a Chinese Light tank with an extremely competitive amount of armor thanks to thickness, roundness, and overall spacing!

The WZ-132-1 has the toughest turret armor out of all the recent Light tank additions, with the frontal armor reaching a thickness of 200 mm and the side armor sitting at 160mm. This thickness competes with some Tier 10 Heavy tanks, though the obvious drawback is the WZ-132-1’s healthpool which comes in at 1,500 points (far lower than what you'd find on a typical Heavy tank).

Despite this, the WZ-132-1 offers excellent survivability in the late game, and enough protection to get it through some tough early-game match ups. Take advantage of its speed and sturdy turret, and it will do wonders.

Now that Light tanks have been extended to Tier 10, the terrain of the battlefield will be forever altered. The Tier 10 Light tanks that are currently available offer an excellent mixture of strengths and playstyles for all types of Light tank players out there. Get to know your Tier 10 Light tanks before grinding them out to ensure you’re ready when they hit your Garage.

Let us know in the comments what you think of these new Tier 10 Light tanks!