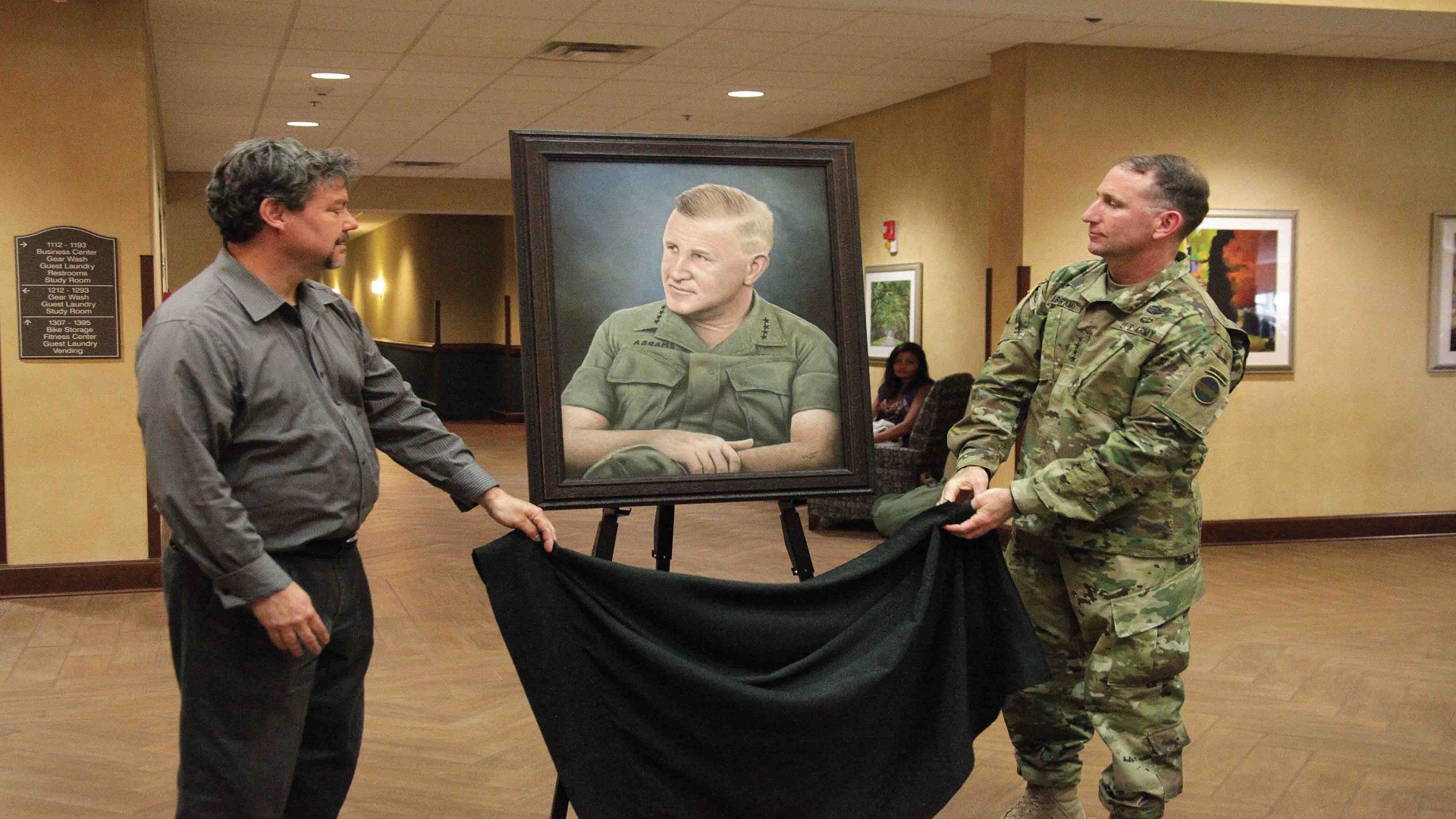 As part of our month-long Military Appreciation Month coverage, we decided to take a look back at the distinguished career and personal life of General Creighton Abrams.

Known as “Abe” to his family and peers, General Creighton Abrams was a decorated military officer who helped lead various armored divisions in the U.S. military. Eventually, Abrams became the Chief of Staff of the United States Army and served in that role for several years before his death in 1974.

Creighton Abrams got into the military life early on, having graduated from West Point Academy in 1936 at the age of 22. After graduation, he was placed into the U.S. Army’s 1st Cavalry Division and, a short time later, the 1st Armored Division. During World War II, Abrams commanded various units including the 4th Armored Division and the 37th Armored Regiment. Furthermore, he even served under the legendary General George S. Patton who’s been quoted as saying that Abrams was his one and only peer when it came to commanding tank regiments.

Thanks to Abrams’ mastery of tank warfare, he was often able to defeat German forces which had superior firepower and armor. Additionally, Abrams’ time serving in World War II earned him various accolades, including two separate Distinguished Service Crosses. Shortly after the war ended, author Will Lang Jr. wrote a biography on Abrams titled “Colonel Abe” for Life Magazine.

Meanwhile, Abrams himself continued to serve in various roles such as Head of the Department of Tactics for the Armored School at Fort Knox, as well as Commander for the 63rd Tank Battalion. Shortly after he was promoted to Colonel in 1953, Abrams also graduated from the Army War College, right around the start of the Korean War.

The Korean and Vietnam Wars

As the Vietnam War began to heat up after it had begun in 1955, Abrams continued to rise through the ranks, being transferred to the Pentagon as Deputy Chief of Staff for Operations. There, he was given the rank of Lieutenant General in 1963 before being made a full General a year later.

It wasn’t until 1967 that Abrams officially entered the Vietnam War, first serving as deputy under his West Point classmate General William Westmoreland before succeeding Westmoreland as Commander of Military Assistance in Vietnam in 1968. Unlike previous commanders who’d utilized aggressive search-and-clear tactics during the Vietnam War, Abrams instead focused on counterinsurgency and spearheading efforts that would help to win the support of the rural Vietnamese population.

Despite Abrams’ efforts, public opinion of the Vietnam War and the toll it was taking on the American populace continued to plummet with each passing year. Eventually, Abrams stepped down from his role as Commander in 1972, having grown tired of dealing with the shady politics driving the war along.

However, Abrams still left his mark on the Vietnam War, having led the Cambodian Incursion of 1970. He also helped to weather the after effects of the 1968 My Lai Massacre, even though he technically hadn’t been in full command then.

Hail to the Chief

After he stepped down as Commander of Military Assistance in Vietnam, Abrams was appointed as the Chief of Staff of the United States Army within the same year. He’d actually been first considered for the Chief of Staff position as far back as 1964, but the various Vietnam War controversies that had affected his career delayed any sort of official confirmation from Congress.

Once his appointment was made official, however, Abrams helped to found and lead various military units including the 1st Ranger Battalion, and the 75th Infantry Battalion. He also helped get Project VOLAR up and running; an initiative that was meant to determine how best to fully transition the U.S. Army into a total volunteerism service following the abolishing of the mandatory draft in 1971.

Sadly, Abrams’ was eventually diagnosed with lung cancer due to his heavy cigar smoking habits. Following complications from a surgery meant to remove one of his cancerous lungs, General Creighton Abrams passed away in 1974. He was survived by his wife Julia, a passionate humanitarian who helped to found the Arlington Ladies association, and six children; three sons and three daughters.

All of his sons went on to become Army general officers, and all of his daughters wound up marrying military officers as well. Julia Abrams would live on until 2003, when she passed away at the age of 87 in the same hospital where her husband had died.

A few years after his death, General Abrams was bestowed one final honor: having his name adorn the M1 Abrams U.S. main battle tank that was brought into active service in 1980. Variations of the M1 Abrams are still used to this day, which is a fitting legacy for a man who helped spearhead the advancement and refinement of not only the U.S. Armored Division, but the entire U.S. Army as well.

For the entire month of May, Wargaming is also doing its part to honor General Abrams by making him the focus of this month’s World of Tanks TankRewards missions.