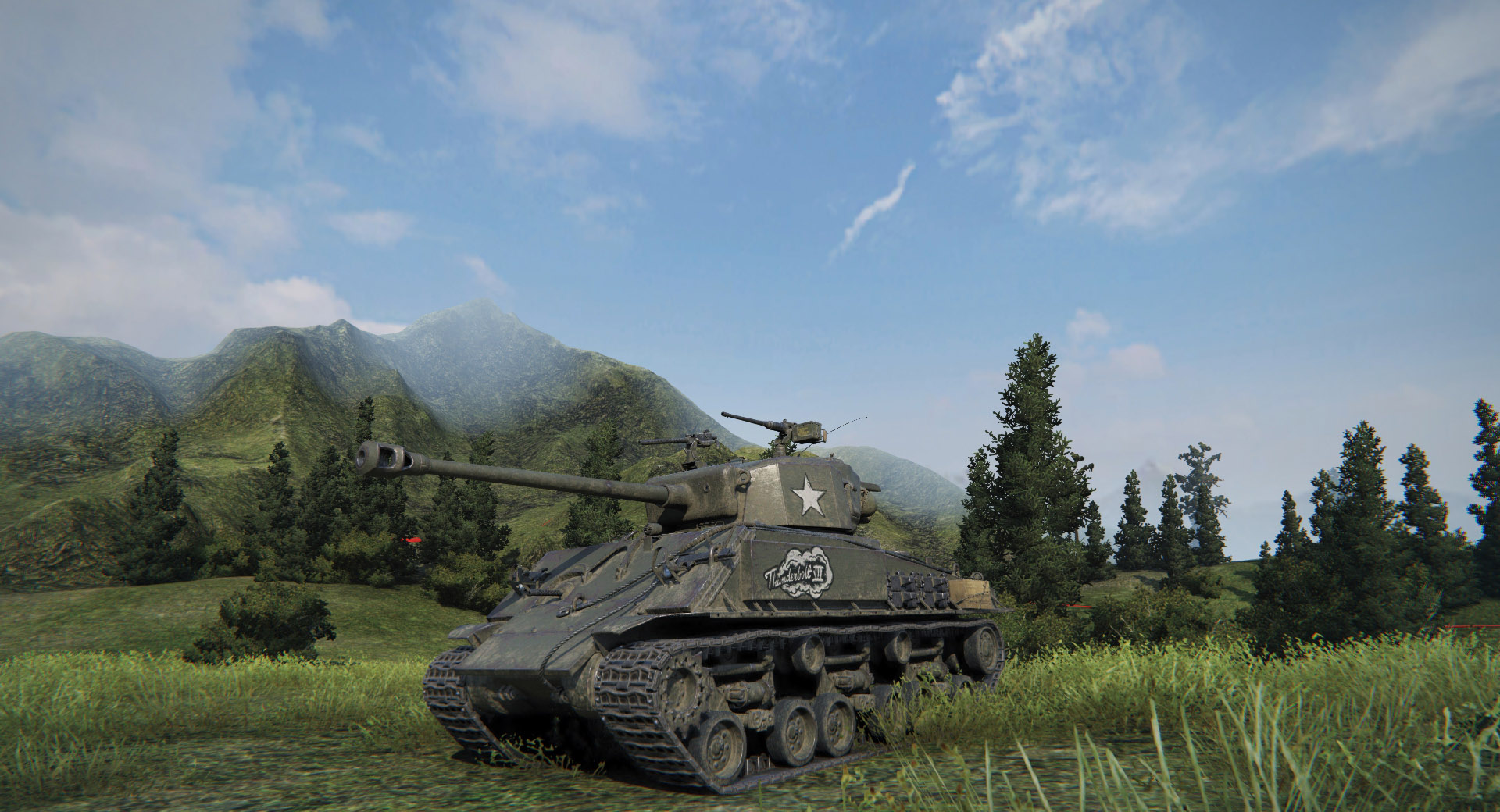 How to Play the M4A3E8 Thunderbolt VII

The M4A3E8 Thunderbolt VII has made its way into the Premium Shop, and fans of the Easy Eight style of tanks will be jumping on board this vehicle to put it through its paces. Before you jump into combat, though, it can be a good idea to brush up on its strengths and weaknesses.

The M4A3E8 Thunderbolt VII is a Tier 6 American Medium tank of the Premium variety, making it one of the few Tier 6 Medium Premium vehicles currently available for purchase.

With a tall profile, the Thunderbolt makes for an easy target. However, much like its Sherman cousins, the Thunderbolt is a fantastic all-rounder tank with a decent gun, and armor that demands respect.

Speaking of the Thunderbolt's armor, while the turret armor states only 63mm of protection, it actually offers more thanks to the spaced armor welded to the front/sides.

Players who are used to the armor of the E8 and the Jumbo will be pleasantly surprised with the Thunderbolt's survivability, especially when taken into a hull down position.

Unfortunately, the Thunderbolt doesn't have the best gun depression for going hull down, so you'll need to use structures and objects to block your tank as opposed to hills.

Thankfully, you're not limited to going hull down, as the Thunderbolt also offers competitive accuracy while on the move. Be sure to use the fast aim time to snap and fire of shots you might otherwise miss.

Another benefit of the Thunderbolt is its extremely thick and angled frontal hull armor. This frontal armor (when angled directly at an enemy or at a slight angle) can bounce shells for days.

Obviously this becomes unlikely when an enemy can overmatch your armor with a stronger gun caliber or Premium rounds. However, Tier 6s and some Tier 8s will have difficulty penetrating the front of the Thunderbolt.

Keep in mind that while the frontal armor is extremely resilient to damage, there's one glaring weak point that you'll want to hide. On the right-hand side is the Thunderbolt's machine gun, which obviously has less armor than the rest of the hull.

This is a prime target for any knowledgeable World of Tanks player, so always try to angle the machine gun away, or face an enemy with that section of the Thunderbolt obstructed.

The Thunderbolt does struggle with its power-to-weight ratio, so you'll have some difficulty getting into good positions early and moving around to clean up during the late-game. With that in mind, it does have some decent terrain resistances, so you'll find you're able to maintain a consistent speed, albeit a slow one.

Instead of relying on the Thunderbolt’s speed, try to help as you move toward your chosen position, then take advantage of the aforementioned aim time and make snap shots. Be careful when shooting above or around teammates while on the move, though, as the Thunderbolt’s dispersion rating doesn’t bode well for its accuracy.

As for its earning potential, it’s not a Tier 8 tank, so it won’t be making it onto our list of best Premium tanks to farm credits in World of Tanks.

Nevertheless, because it’s a Tier 6 vehicle with good armor and decent penetration, you'll have a safer time in battle. Especially if you’re still learning the ropes and don’t want to dive into Tier 8 matches.

Overall, the M4A3E8 Thunderbolt VII is a worthy addition to any tanker’s collection, especially those who are fans of the Sherman or Easy Eight tank style.

Players looking for a tank that can earn reasonable credits will be happy, especially if they don’t want to brave Tier 8 matches. With thick and sloped frontal hull armor, a sturdy turret, and a decent gun, the Thunderbolt is a thoroughly enjoyable Medium tank to play.