The German Maus isn't invincible, but it's no pushover. 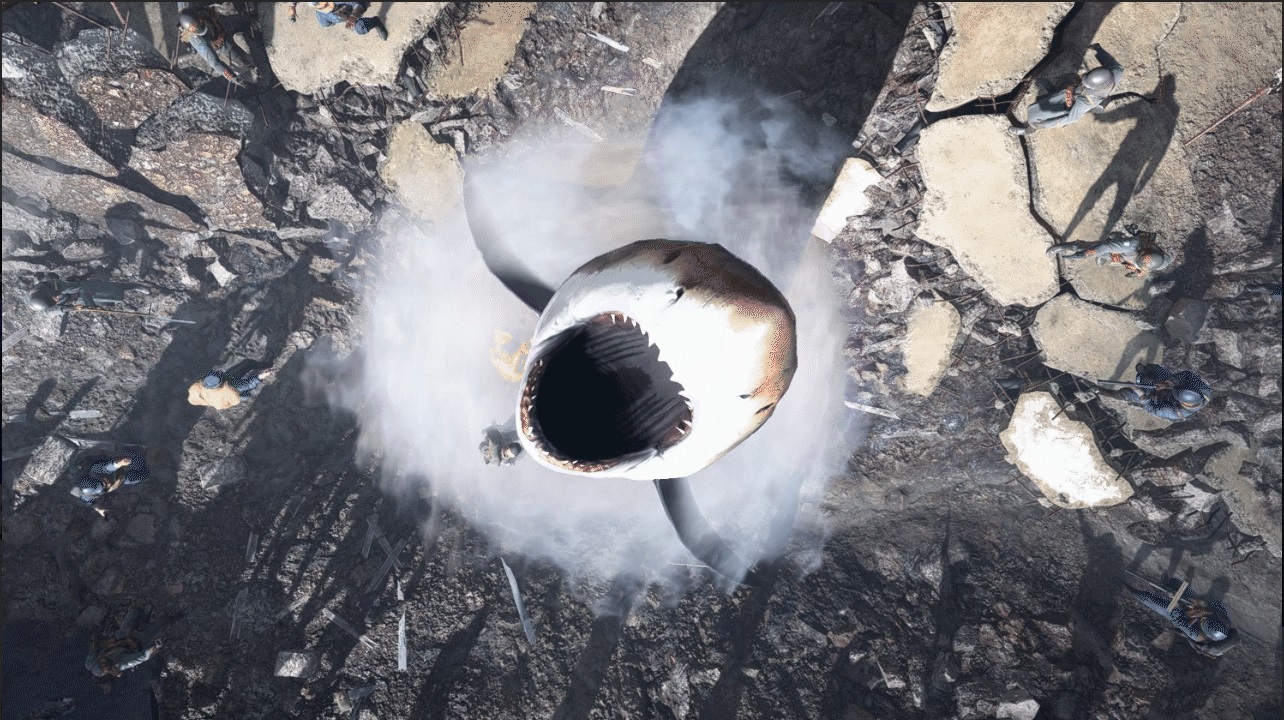 Battlefield 1 - How to Trigger the Megalodon Giant Shark Easter Egg

Battlefield 1 - How to Unlock A Beginning Dog Tag Easter Egg

Find out how to unlock the “A Beginning” dog tag Easter egg in Battlefield 1.

The Battlefield series is known for their elaborate Easter eggs and hidden secrets. Thanks to some Battlefield Easter Egg hunters, we now know that the iconic Megalodon from Battlefield 4 has returned as another giant shark Easter Egg in Battlefield 1’s recent They Shall Not Pass DLC.

This guide will briefly explain how to find the Megalodon Easter Egg shark in Battlefield 1. We first heard about this Easter Egg from a video by DANNYonPC, so props to his team for figuring out the steps. We've included his video below.

There are several vinyl records scattered around the Fort de Vaux map in Battlefield 1. The first step to finding the Megalodon shark is to collect these vinyl records and bring them to somewhere you can play them. One of the vinyl records is labeled with “We’re going to need a bigger moat!”, which is likely a clue for finding the giant shark.

Step 2: Play the Vinyl in Gramophone*

Bring the vinyl record to the gramophone player on the same map. Transcribing the song’s notes will reveal a hidden message that has been translated by players on the Battlefield Easter Egg Discord channel. The cryptogram reads:

So you are here for the secret that lies below Vaux. Make sure you are ready for this journey. Do not think it will be easy, and do not expect any reward. All you will find is death. A hint; that is all I have for you, so listen closely: the men that lived here knew its secrets. Search where they rested when they did not work.

*Considering you already know what the vinyl message says, this step may not be necessary for finding the Megalodon giant shark Easter egg in Battlefield 1. It doesn't hurt to do it anyway, though.

There are also a series of red valves scattered throughout the Fort de Vaux map. You will need to interact with all of the valves to fill a hole with water near the C capture point.

Valves can be found in the following locations:

For a visual of what each valve looks like, watch this video by DANNYonPC starting at the minute and half mark.

Step 4: Kill Players in the Moat

After turning all of the valves, a pool of water will fill a hole near C. Players must now be killed with melee attacks while standing in this moat so that the water becomes blood red. This will attract the wrath of the giant Megalodon shark, causing it to emerge from below.

When enough players have been killed in the pool and the water turns blood red, the Megalodon will shoot up from beneath the pool to devour the dead. Keep your eyes on the pool, because you don’t want to miss the giant shark’s fast cameo!