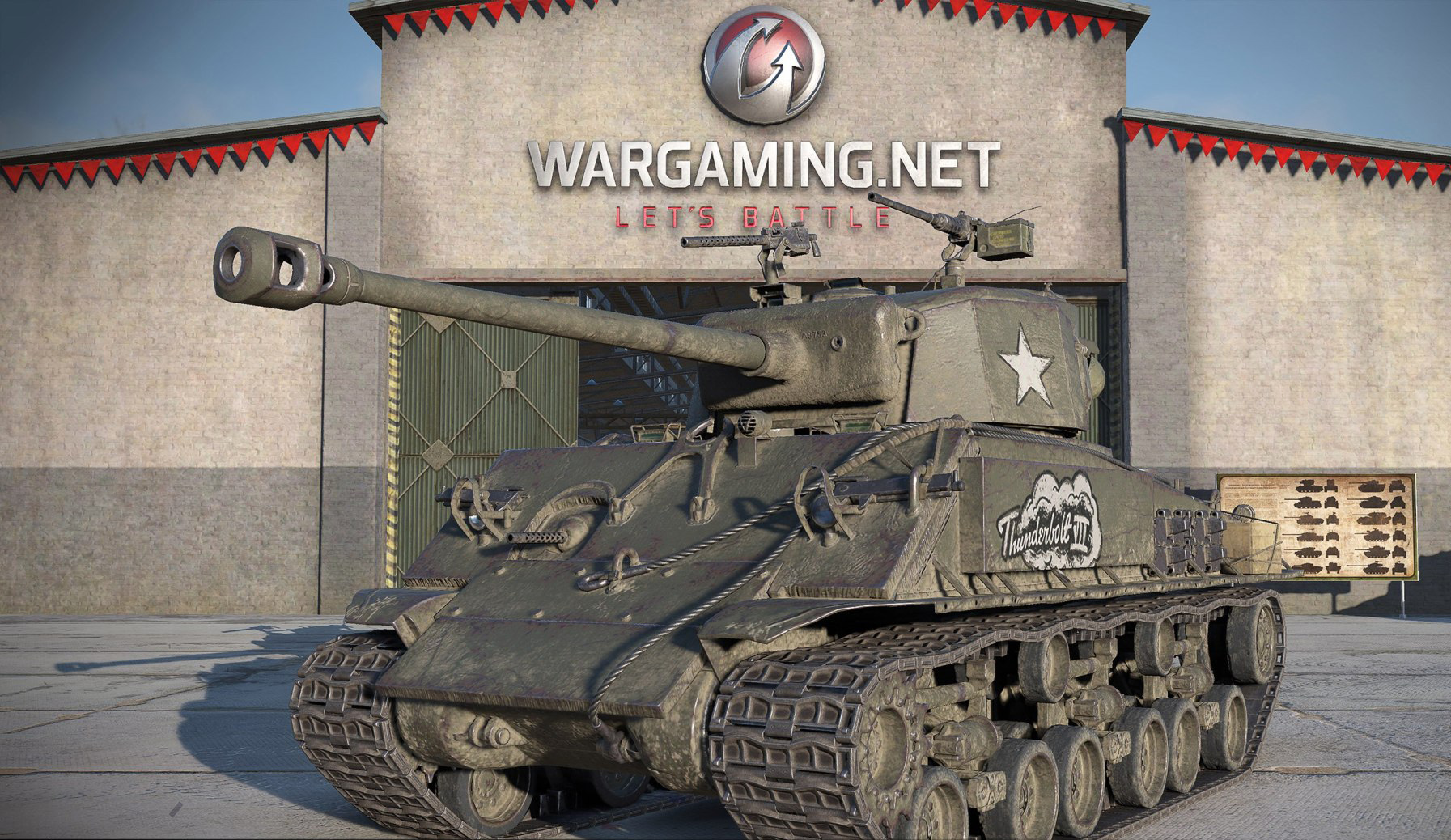 Obviously, the advantage of the M4A3E8 Thunderbolt VII is that it’s a Premium vehicle that can be used to train new recruits for other Mediums, while also allowing users to farm credits at a lower tier, offering fewer dangers than a Tier 8 potentially versing Tier 10s.The Thunderbolt has several statistical advantages over the Easy Eight, with its aim time and dispersion values beating out its E8 twin. Boasting better hull armor—especially on the front—the Thunderbolt is able to sustain more punishment, that’s if it has been spotted, as it also touts superior concealment values across the board. It can also act as a scout, thanks to its impressive View and Signal Ranges which can be further boosted by mounting the right equipment.

While the frontal turret armor is weaker, it offers spaced armor, which up for some of the thickness differences. The Thunderbolt can take a surprising amount of beating when positioned correctly, and even a novice can quickly fix any mistakes without being completely wiped out by the opposition.

The historical note in the Research section of the Thunderbolt reads:

The Thunderbolt VI tank under the command of Lieutenant Colonel Creighton Abrams, the commander of the 37th Tank Battalion (subsequently a General and U.S. Army Chief of Staff). The vehicle was effectively the M4A3E8 Sherman tank with additional armor mounted in the field.

Below are the in-game stats of the M4A3E8 Thunderbolt VII. As you can see, in a similar fashion to other US tanks, its gun elevation is extremely impressive, allowing it to shoot uphill with ease.

The M4A3E8 Thunderbolt VII will make a worthy addition to any tanker’s garage, offering players an opportunity to play a Premium tank at a lower tier than normal. It’s time to dig back into some USA Medium tank lines and train up some crew!

What do you think of the new M4A3E8 Thunderbolt VII, will you be picking it up from the Premium shop?