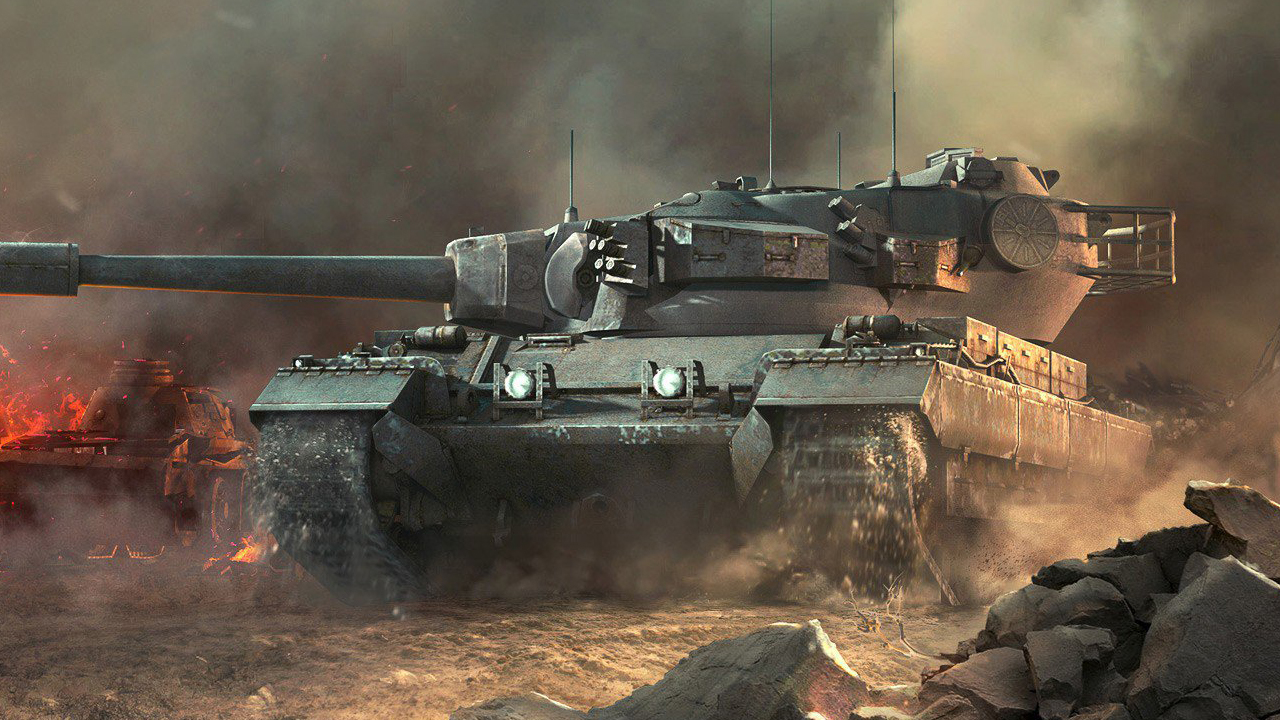 Tank Gawd It's Friday - Most Satisfying Thing to Do in World of Tanks?

Welcome back to another Tank Gawd It’s Friday, the series where we pose a question about World of Tanks to our community before kicking off the weekend. We’ll start the conversation by answering the question ourselves, but what we really look forward to is hearing what you have to say in the comment section below.

This week, we’ll be looking through your responses, choosing one (or more) of our favorites, and giving away an M4 Improved bundle in World of Tanks. Besides the tank itself, winning will also mean you get the garage slot to put it in, some Gold, Premium time, and a few boosters to finish it all off.

Question: What’s the most satisfying thing you can do in a round of World of Tanks?

I don’t think I could pin down one thing I find most satisfying about World of Tanks, so I might have to list a couple of things.

First, going hull-down in a tank with a turret that might as well be impenetrable is incredibly satisfying. Nothing beats sitting with your hull obscured by the terrain, or a piece of tank wreckage, and listening to enemy shells bounce harmlessly off your turret. Then, while hull down, smacking an enemy tank with a large portion of their health and watching as they try to retaliate.

On the flip side, I thoroughly enjoy zipping around the battlefield in an extremely mobile Light tank, surfing the sand dunes or grinding across the ridgelines and spotting enemy vehicles for my team. There’s something rewarding about going fast, revealing enemy locations, and zooming off to another point on the map.

I’m going to give two responses here because I think there is a selfish and unselfish answer to be given.

The most satisfying thing that can happen in a round of World of Tanks is my team winning, and I’m not kidding. I’m more than willing to die in a round if it means victory. I’d rather die and win than live and lose. Truthfully, being alive at the end of a losing round is a bit terrifying as I always wonder whether I did enough to help my team win. Not being a productive member of my team is the most unsatisfying thing.

Selfishly, I enjoy nothing more than when I catch a tank overcommitting in the early part of a round and nail it for extremely high damage, causing it to scurry away and hide. For me, knowing I’ve likely altered the way that tank plays for the duration of the round is the ultimate form of satisfaction.

When they have less hit points to play with, they’re forced to either keep their head down or run the risk of quickly getting knocked out. That devastating shot puts 99 percent of players back on their heels and throws them off their game, and there’s nothing better than setting the tone for a round. Well, except for winning said round, of course.

The thing that I find most satisfying in World of Tanks is ramming an enemy tank to death. The right conditions for ramming kills don’t happen very often, so I love seizing the opportunity when I can.

Inflicting ramming damage is always fun, but it’s even more satisfying when it’s also the killing blow. Though I’ve yet to pull off any goomba-stomps in World of Tanks, I feel like this would be the pinnacle of ramming kill satisfaction.

To a lesser extent, I also find the “ding” sound when bouncing incoming shots to be quite satisfying as well. When I successfully side-scrape to prevent the enemy from penning me in, I not only feel like an armored goliath, I also feel like I’m learning how to angle properly. The satisfying armor ding from deflecting shots is partly why I enjoy using Heavy tanks as my main tank type.

I actually find cruising around the battlefield to be pretty satisfying, especially when I’m in a speedy Light tank. I’m admittedly not very good at scoring kills so I enjoy acting as a sort of scout, helping to spot enemy players and letting my teammates do the majority of the damage.

Driving in World of Tanks feels very intuitive and smooth, which actually isn’t that surprising considering how much time Wargaming has had to refine the game and make every vehicle feel authentic.