Where to find all three parts to unlock the Pack-A-Punch room in Shaolin Shuffle. 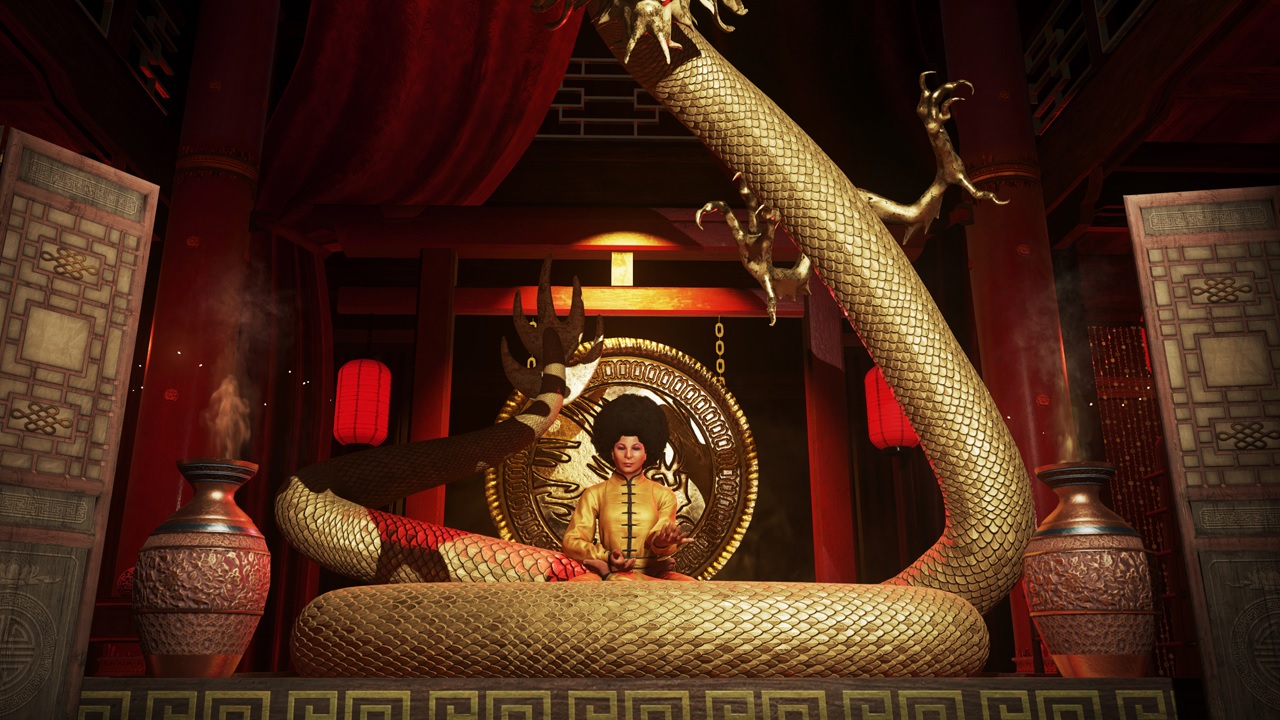 How to Get Kung Fu Animal Fighting Styles

In order to get each of the Kung Fu animal fighting styles, you must enter the Black Cat Dojo and speak with the Sensei, Pam Grier.

After speaking to the Sensei, the four Chi Power gourd bottles sitting at each pillar inside the Dojo will turn a different color. These colors correspond to each of the four animal fighting styles: yellow for Dragon, green for Snake, red for Tiger, and blue for Crane.

Approach one of the Chi Power gourds and select which Kung Fu fighting style you wish to train first. Initially, the Chi Power for your fighting stance will only last for about one round, so be prepared to pick up another gourd throughout the map to refill your ability meter.

How to Upgrade Each Fighting Style

Each elemental Kung Fu fighting style needs to be upgraded in order for you to access its super ability. To upgrade each fighting style, you must complete a series of challenges.

After selecting your initial fighting style, your goal will be to get 15 melee kills using your new fighting ability, regardless of which animal style you chose. Enter your fighting stance and start smacking zombies. The icon in the upper left corner will track your progress.

Once the Melee task is complete, your next challenge will be to kill 25 zombies using the Shuriken ninja star. To throw the Shuriken, press R1 or the top right bumper on your controller while in your fighting stance. Hitting zombies with the Shuriken can be a bit tricky, so just make sure you’re actually killing them with the Shuriken by keeping an eye on your kill count in the upper left corner.

To see each elemental animal fighting style, check them out in this video by CodeNamePizza.

After completing the first two tasks, a new Chi Power move will unlock for your chosen fighting stance. This is where each Kung Fu fighting style begins to distinguish itself from the others. This time you'll need to secure 50 Chi Power kills in order to unlock the final Kung Fu upgrade. Each animal fighting style has a different Chi Power for battling zombies:

Once you’ve completed enough Chi Power kills, you will finally unlock the ultimate super move for your fighting style. To activate your super move, press both L1 and R1 (or left and right top bumpers) at the same time. Again, each of these super abilities will differ based on animal style.

That’s it! Now that you know how to get each elemental Kung Fu fighting style in the Call of Duty: Infinite Warfare Shaolin Shuffle DLC, make sure to completely turn on the power and unlock the Pack-A-Punch machine room to begin the next steps of the Rat King boss easter egg.