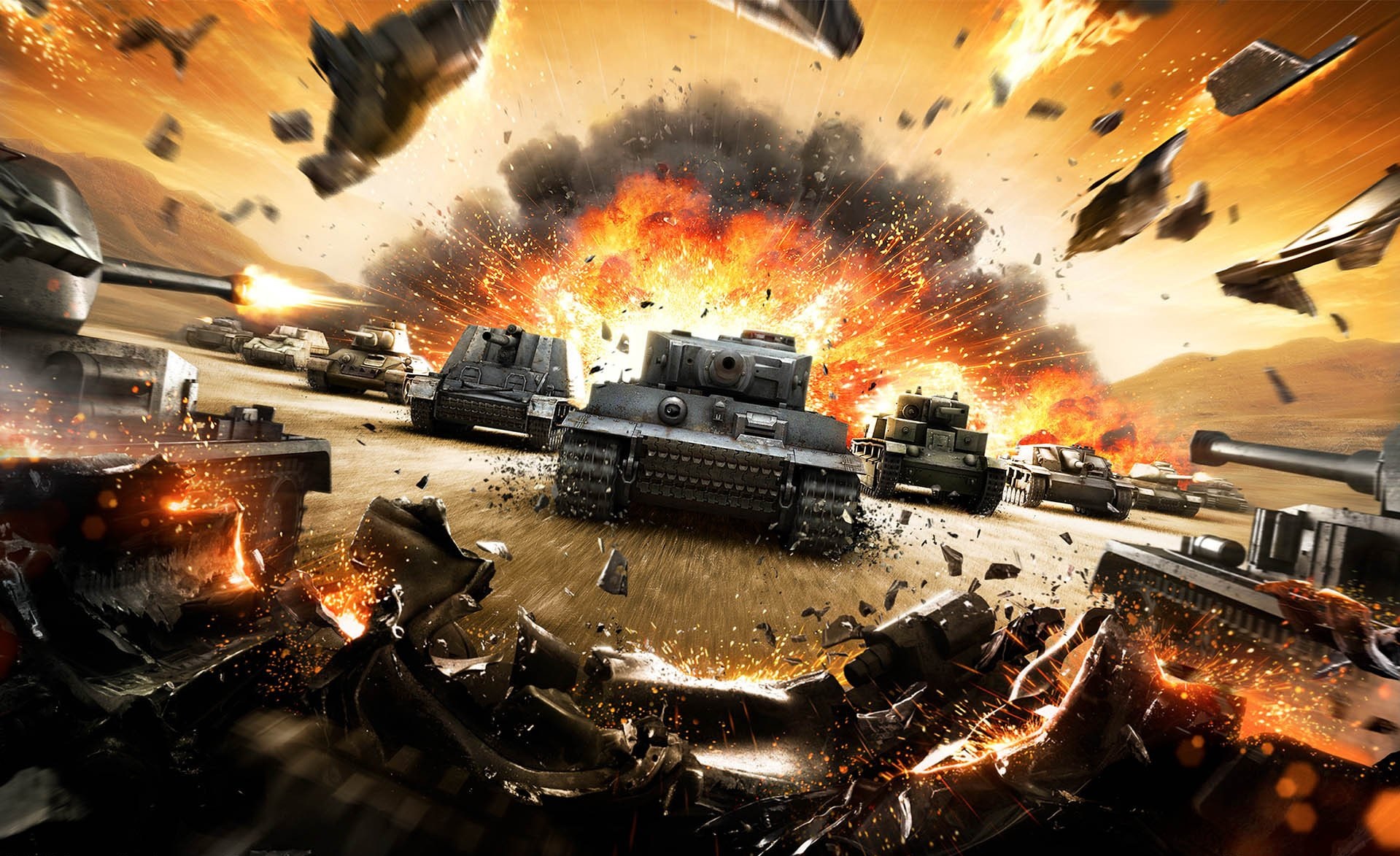 What is World of Tanks Blitz?

Like the original, World of Tanks Blitz is a free-to-play MMO focused on fierce multiplayer tank battles. Players use touch screen controls to maneuver their tank across the battlefield. As we previously mentioned, World of Tanks Blitz is not only available for mobile devices, but it’s out for Steam as well. The game is cross-platform, which means that Blitz players on Steam are paired with players on mobile to maintain a thriving pool of competitors.

Here’s where you can download World of Tanks Blitz based on your chosen device or platform:

Online matches in Blitz consist of smaller 7-vs-7 team battles on 18 different multiplayer maps. The game also offers Training Rooms, Battle Missions, Clans, and special in-game events that come standard to World of Tanks. There are over 200 playable vehicles available from seven different nations, including Germany, China, Japan, the USSR, UK, USA, and now France. Check out the French vehicles that were recently added to World of Tanks Blitz in the update review video above.

Aside from allowing players to play tanks on the go, one of the more enticing qualities of Blitz for World of Tanks players is the +1/-1 matchmaking system. This means that opponents on each team will only be one tank tier away from each other. You won’t face an enemy two tiers higher than your tank tier like you do in World of Tanks PC. Since the teams are much smaller, matches are much shorter as well, meaning you can jump into new battles more often.

World of Tanks Blitz is a free-to-play mobile game that offers a familiar yet fun way to get your tank on. If you are a World of Tanks player who plans to transition to Blitz, keep in mind that the player base has a different feel than what you may be used to on PC.

The maps are smaller as well, which can alter how certain tank roles are played. For example, players that are used to long range sniping in Tank Destroyers may have to adjust their play style to accommodate for the shorter distances of the Blitz maps.

World of Tanks Blitz is a great option for players looking for a simple yet addictive alternative to the tank MMO we know and love, especially for those looking to get in a few battles while away from their gaming PC. If you play World of Tanks Blitz, let us know what your favorite aspect of the game is in the comments below!