A list of the best tank nicknames created by the World of Tanks community. 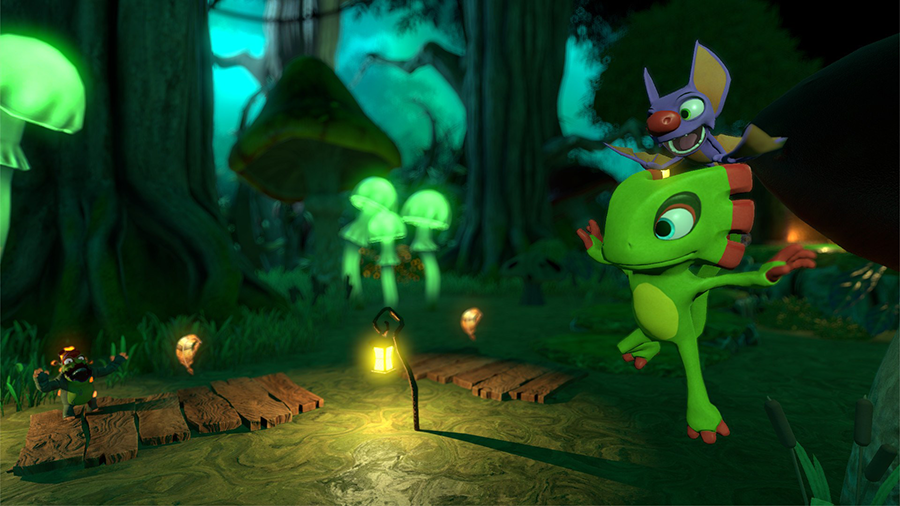 Yooka Laylee - How to Get to World 3

How to Save in Yooka-Laylee

Learn how to save your progress and your Pagies!

For this guide, we’re going to explain how to get to World 3 in Yooka Laylee. If you’re anything like me, you may have defeated Brrreeze Blok, readied yourself for World 3, and sat staring at your screen in confusion. Fear not, because we’ll show you how to reach World 3 in just a few steps.

Like most mysteries, the answer is rather mundane.  It’s like not knowing where your car keys are: they are where you left them.  And it turns out you left them with Trowzer.  Yes, THAT Trowzer, the silly trouser-wearing snake who has taught you several new Skills.

Make your way to the Archives, a place you should be familiar with by now. It’s the place with the walls of books and an aquarium across from the Grand Tome. It’s just beside the path leading to World 2, before you reach Rextro’s Arcade. After you defeat the World 2 boss, Trowzer should be at the Archives, slumped in a shady corner.

Finding Trowzer shouldn’t be too hard. A giant purple neon arrow points at him, which makes him much easier to spot. Talk to Trowser and he’ll teach you the Bubble Walk Skill that allows you to wield the powers of the ocean and walk underwater. You’ll likely need this for World 3, so make sure to get it while you’re here.

After he gives you the ability, jump into the aquarium in the center of the Archive to test it out.  Swim to the bottom and use the new ability to pound the switch. This will open up a secret panel in one of the book shelves, leading to the Waterworks section.