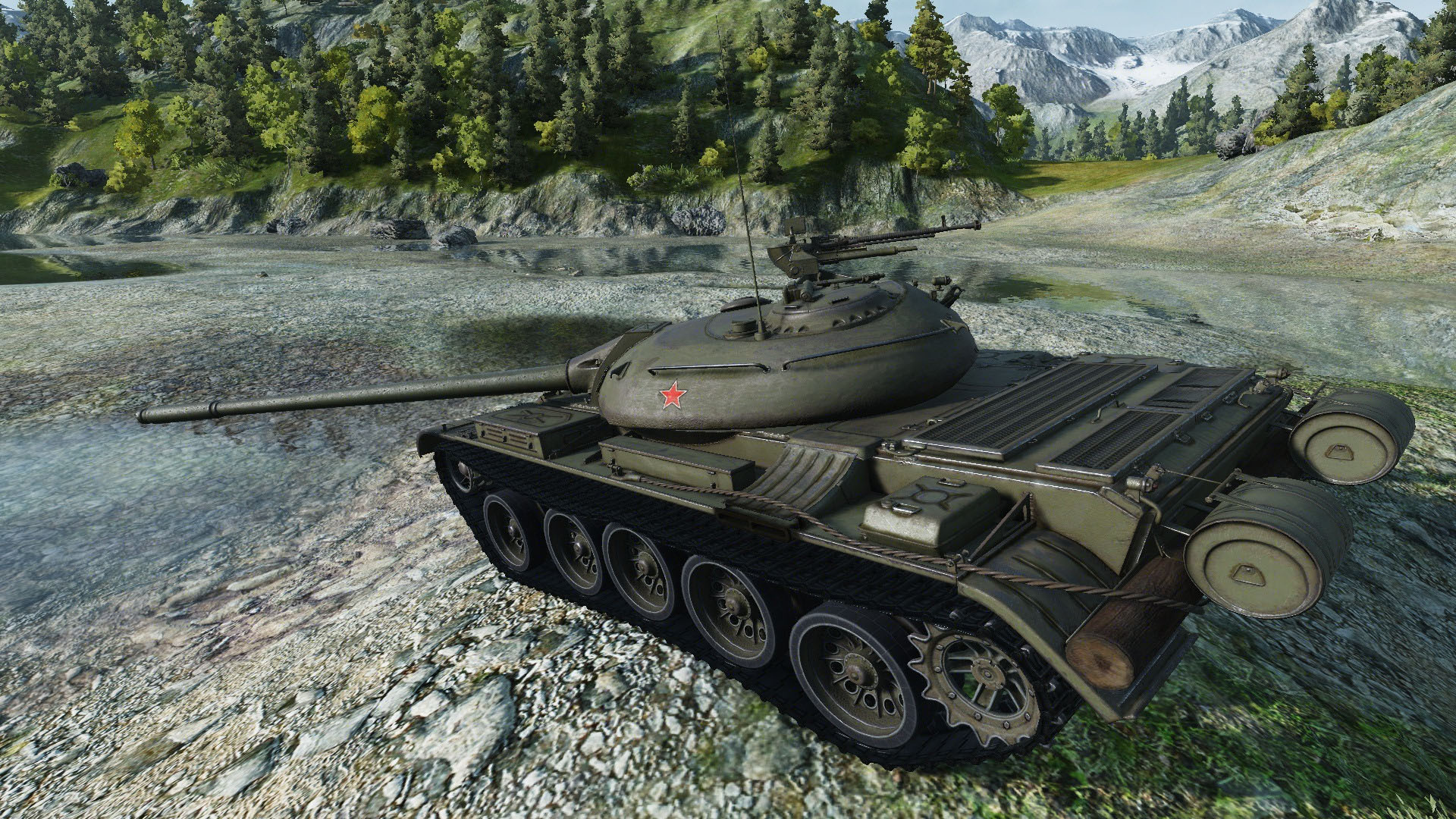 As World War II was coming to a close, the Soviet Army had begun creating a series of main battle tanks in the form of the T-54 and T-55. These two tanks were built off of the backbone of the T-44, a tank that set to replace the T-34. Unfortunately for the T-44, the T-34 was considered to have the best balance of firepower, protection, and mobility when compared to its cost.

Despite the vast quantity of T-34s, the need to innovate continued. With the T-44 shelved, the Morozov Design Bureau decided to revisit the designs of the T-34M in 1943. This eventually lead to the creation of the aforementioned T-44, a tank that had clear advantages over the T-34. However, the problem was that due to the sheer quantity of T-34s already in use and being produced, there was no sense in using fewer tanks of a slightly better design.

Because of this, the basis of the T-44 was used as a foundation for the T-54. Instead of a 122mm gun, however, the designers opted for a 100mm unit. With close to 1,500 modifications being made, the production of the T-54 was slow going, but when the Soviet Union received the final version, it was vastly superior to anything the Soviets had. It was also thought to be better than anything their enemy could have in production.

In World of Tanks, the T-54 is a Tier 9 Medium tank that boasts sturdy frontal armor, clocking in at 200 mm on the turret and 120 mm for the hull. While a hull-down position isn’t ideal for every tank, the strength of the T-54’s turret can let it bounce its fair share of shells.

The T-54 was such a success that it was eventually used as a base for the Chinese Type 59, a tank that is considered one of the most overpowered tanks in World of Tanks. So superior was the T-54 that it would eventually replace the T-34, despite the T-34 being produced consistently throughout the entirety of World War II.

Part of the appeal of the new T-54 was its use of a 100 mm gun that fired BR-412 APHE ammunition. This newer type of shell allowed the T-54 to have a higher penetration value than its predecessor. Due to the advancements made with the T-54—and its successor, the T-55—it would become one of the most highly produced tanks in history, with units produced estimated at 86,000 to 100,000.

Part of the success of the T-54 is thanks to its ease of use as it did not require a high level of training for a crew to use it. Much like in World of Tanks, the real-world T-54 was of relatively small stature, offering a smaller silhouette for an opponent to hit. While it was able to pack a punch for its size, it was also able to reach impressive speeds of up to 45 km/h and 56 km/h in-game.

For tankers who are willing to get past the stock version, the T-54 offers a rewarding experience for any player seeking a Tier 9 Medium. Though the T-54 was designed and built around the time of World War II, it still sees some use around the world today.