How to Get a Treasure Cracker in Slime Rancher

A look at how you can get a Treasure Cracker and open Treasure Pods in Slime Rancher. 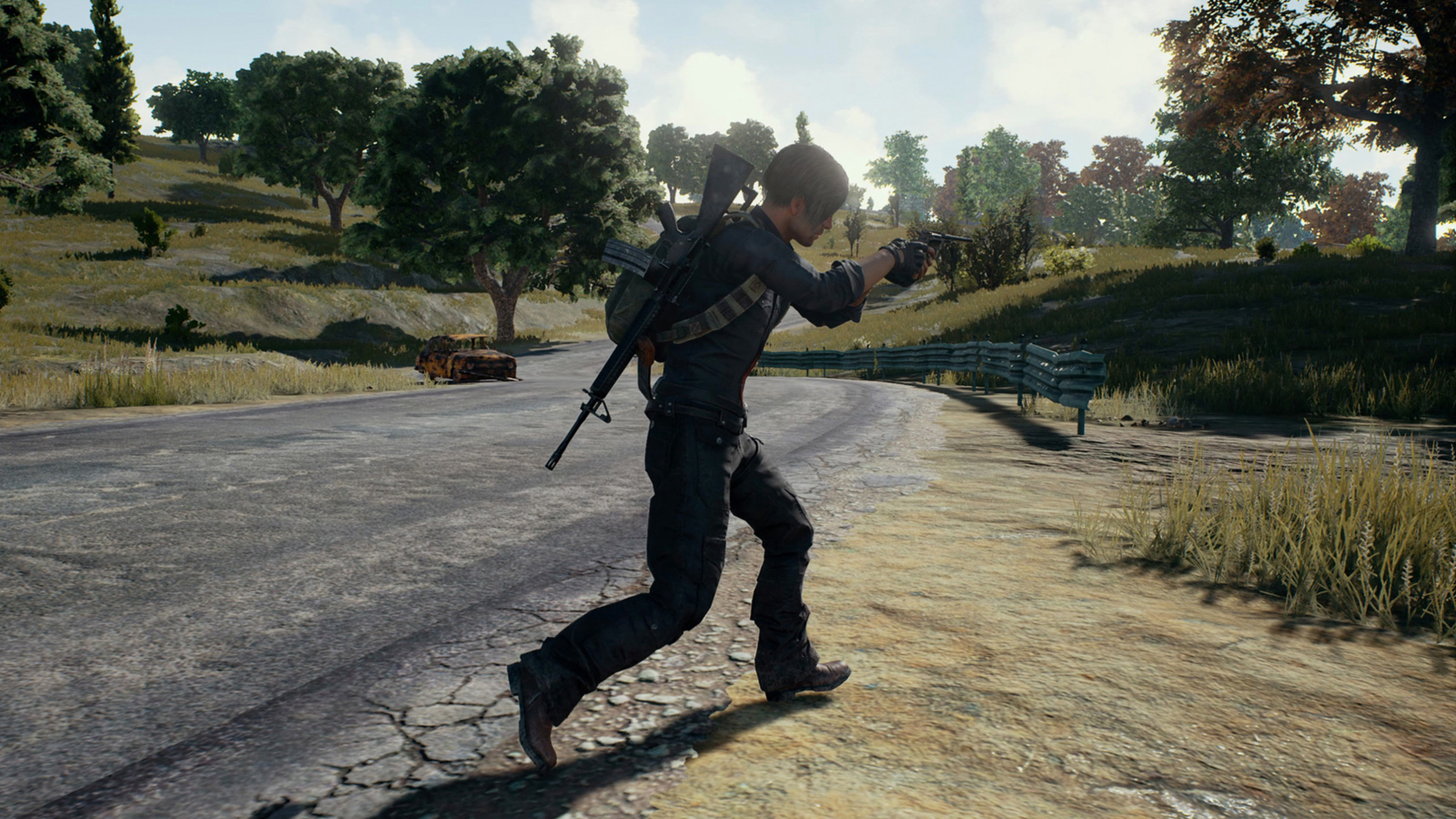 PUBG - All Weapons And Stats

A portion of the proceeds will go to gaming-related charities.

Every weapon in PlayerUnknown's Battlegrounds has its own set of stats which directly affect how useful it is in a given situation. If you want to increase your chances of making it to the last few circles, and even maybe earning a chicken dinner, it's important that you understand the strengths and weakness of each weapon in PUBG.

There are several different groups of weapons in PUBG, each with their own specific uses. Assault Rifles will tend to be your bread and butter, while your secondary could be a Shotgun, Sniper Rifle, SMG, and even another AR. While it can be confusing at first to tell the difference between many of the weapons (some of the shotguns and the M-type rifles), you will learn the differences in time!

Read: Where to Buy Your Own PUBG Level 3 Backpack

Below are all the weapons in PlayerUnknown's Battlegrounds, as well as my own opinions on each weapon where necessary.

The recently added Groza is arguably the most powerful Assault Rifle currently in the game. However, it's extremely difficult to acquire, making it a low-priority weapon. This leaves only one other AR that uses 7.62mm rounds, the AKM. Though it lacks the number of attachments of the SCAR-L and M416, it makes up for this with its large amounts of damage.

Alternatively, there is the M416 and SCAR-L, two weapons that, despite not offering the same damage as their 7.62mm counterparts, offer faster bullet velocity as well as more attachment slots. This allows these 5.56mm Assault Rifles to act as sniper rifles once all attachments are on.

This leaves the M16A4, a gun often overlooked by PUBG players. It lacks attachment slots and full-auto capacity, but it makes up for this with a faster rate of fire and higher velocity bullets - making it better at long-range engagements.

With only three Sniper Rifles available as a normal drop, the chances of getting some of the more powerful Snipers is slim. The SKS, Kar98, and VSS are the only ones found in the wild, and out of these, it's a personal preference. The SKS offers a decent rate of fire and bullet velocity, but lacks damage. The Kar98 is extremely powerful but fires extremely slowly. As for the VSS, it comes with its own silencer and scope, but its bullet velocity is atrocious.

As for the Sniper Rifle available from the Supply Crates (ignoring the Kar98), the M24, AWM, and Mk14 EBR are all excellent weapons in PUBG with amazing damage.

The AWM has the most damage and highest bullet velocity, but it is the only weapon in the game with specialized ammo - once you're out of it, you cannot use it anymore. The M24 on the other hand, while it doesn't have the damage and range of the AWM, uses 7.62mm ammo - allowing you to use it, theoretically, indefinitely.

The Mk14 EBR is the only Sniper Rifle out of all of them that feels closer to an Assault Rifle given its ability to fire in semi-automatic and full-auto. As the newest weapon in PUBG (added in the Month 4 Update), it's a hard find. Interestingly, it has its own built-in bipod that extends when prone, increasing its stability.

Shotguns in PlayerUnknown's Battlegrounds can be a tough weapon to master, especially given how difficult 3rd person can be when first starting out. However, each shotgun has its own strengths and weaknesses, but all are best used in close engagements - obviously.

The S686 is a personaly favorite, given how fast it is able to spit out its two rounds, often securing a kill before your enemy can react. Unfortunately, it only has two rounds, leaving you a sitting duck if you don't secure the kill.

The S1897 benefits from a 5-shell capacity, but each shot must be cocked. Then there's the S12K, the shotgun that uses Assault Rifle attachments, making it a fast reloading shotgun capable of accurate shots.

The Submachine Guns in PUBG can be excellent early-game weapons, but as the match shifts into mid-game, most engagements take place in medium-to-long ranges. It's not until the last few circles where SMGs can be viable, but at this point, Assault Rifles are viscious.

The Micro Uzi should always be avoided unless you are certain you can outgun your enemy or if you're being chased after hitting the ground.

One of the best SMGs in PUBG is the UMP9. It is able to utilize 4 attachments, and switch between three different firing modes. Due to it using 9mm ammo, it will invariably never run out of munitions. If you cannot find an Assault Rifle, the UMP9 is an excellent alternative.

If you cannot get your hands on the Tommy Gun, don't fret - use the Vector instead. Able to equip the maximum amount of attachments, the Vector transforms from an SMG with not enough bullets, into one of the best close-quarters weapons in PlayerUnknown's Battlegrounds.

Each Pistol has its own unique feel with each benefiting from different playstyles. It's for this reason that it's completely personal preference.

The Crossbow should never be used under any circumstances, unless it is the only weapon you can find. Do not rely on it to get you a kill. The M249, however, is a Supply Crate-only drop, and the only Light Machine Gun in the game. It acts in a similar fashion to the Tommy Gun, but offers greater damage at further ranges - slap a scope on the M249 and you'll devastate enemies.

There's not much point in picking up a melee weapon unless it's the Frying Pan - the only weapon in the game that can deflect bullets. Always pick up a pan, as any shots that hit it will be 100% blocked. If you need to enter into a melee fight, it's probably already too late - unless it's the start of the match. Remember to jump and swing to hit your enemy's head, this is an almost guaranteed one-hit knockout.

Finally, the greandes. There are currently 4 thrown items in PlayerUnknown's Battlegrounds, and each can be used for a specific purpose. Though they take up a lot of room in your backpack, you should always have at lease a single Frag Grenade on hand. The importance of a grenade is highlighted when breaching a house with enemies or providing cover when moving across an open field.

Smoke grenades are obviously excellent at obfuscating enemy vision, and can also be used as a distraction: throw it one way and run the other, your enemies will presume you will run to where the Smoke is protecting.

Stun grenades are essentially flash grenades, and are best used in close-quarters such as in houses or if you can manage, next to enemies behind structures.

Molotove cocktails set a large area of fire, dealing sustained damage to anyone who is unfortunate enough to be set alight.

Take the time to familiarize yourself with each weapon in PUBG, especially in the Lobby where the weapons are laid out on tables for you to use. Understanding a weapon's stats will help you use it correctly in any given situation. Be sure to check out our guide on how to earn more Battle Points as well as our guide on how to get a trench coat.