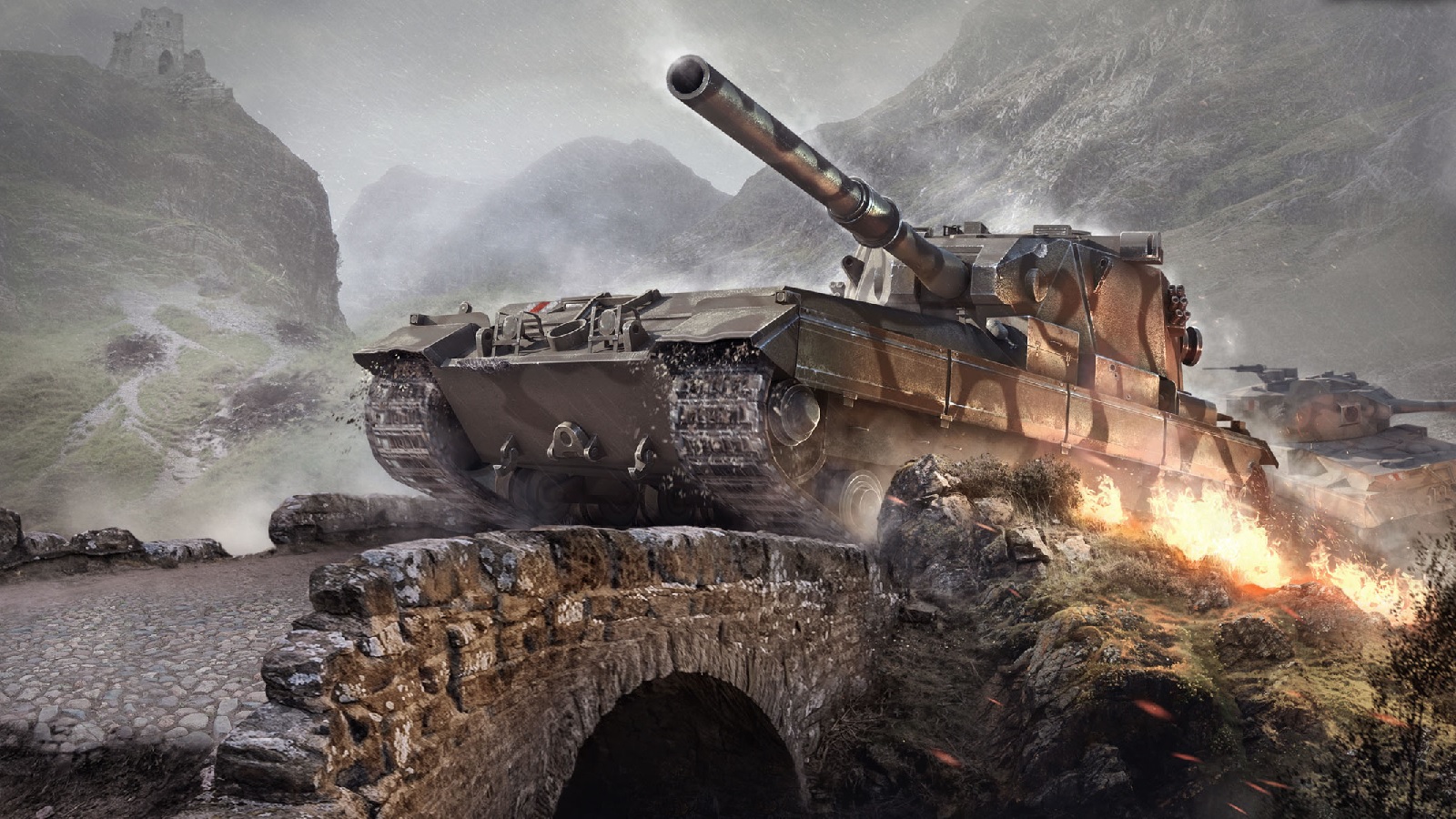 We've listed these tank nicknames is in no particular order, and have tried to be as comprehensive as possible. Nevertheless, a few tank nicknames may have still flew under our radar. We plan to continually update this list with more popular tank nicknames over time.

If you know of any more commonly heard tank nicknames used among the World of Tanks community, be sure to mention the tank and its nickname in the comments, along with where the nickname came from.

Tank Nicknames in World of Tanks

The Bat.-Châtillon 25 t medium tank has two nicknames, both of which are based on the name of the tank itself. Since “Bat.-Châtillon 25 t” is a bit of a mouthful to say, players simply refer to this tank as the “Bat-Chat” or “Batmobile”, the latter of which may also be due to its stealth capabilities.

The FV215B 183 (shown in our header image) earned the nickname “Death Star” thanks to its powerful, planet-destroying gun. Okay, it can’t really destroy planets, but it sure seems like it sometimes, especially when it’s firing premium rounds.

The AMX 40 is known as the “Duck” tank, simply because the tank itself appears to be shaped like a duck. This is a pretty well-known tank nickname among the community. World of Tanks even created a funny Planet Earth-inspired spoof video, showcasing the AMX 40 in its “natural habitat”. Players have also taken the Duck moniker to the next level by creating their own rubber duck skins for the AMX 40.

The French 105 leFH18B2, also known as the “Leaf Blower”, is a French artillery tank and was the first Premium SPG to be added to World of Tanks. Aside from its spelling, this SPG is likely called the Leaf Blower due to its ability to blow away opponents in a single blast.

Like the Duck, the nickname “Bathtub” refers to the appearance of the S35 CA, a French tank destroyer that has a basin-shaped hatch, making it look a lot like a bathtub. Maybe a rubber AMX 40 could fit inside it?

Another tank that has multiple nicknames is the M4A3E8 American medium tank, commonly referred to as either the “Easy 8” or the “E8”. This tank is essentially a faster, better version of the regular M4 Sherman. Calling this tank the E8 helps to differentiate it from the thicker-armored M4A3E2 Sherman Jumbo, which usually just goes by the nickname “Jumbo”.

The American T95 tank destroyer has acquired two nicknames over the years. The original version of the T95 in World of Tanks was known for its turtle-slow movement speed and heavy armor, earning it the nickname “Doom Turtle”. The T95 was eventually given a movement speed increase, so its adapted nickname is now “Zoom Turtle”.

Both “Flak Bus” and “Flak Toaster” are common nicknames for the German Panzer Selbstfahrlafette IVc (try to say that one three times fast). The term “Flak” comes from the German phrase for ‘anti-aircraft’. Since the box-like shape of the Pz. Sfl. IVc roughly resembles a bus or a toaster, it was eventually granted these hybrid nicknames by the World of Tanks community.

The Waffentrager Auf E 100, also known as the “Waffle” among World of Tanks players, was a German tank destroyer that was subsequently removed from the game after being replaced by the Grille 15. The Waffle gets this nickname from the sound of its actual name, and it’s a beloved tank that many players want brought back in World of Tanks.

The Pancake tank in World of Tanks is the Object 416 Soviet medium tank. This tank has an extremely low profile, making it look as flat as a pancake. All this breakfast talk is making us hungry!

As you can probably guess, the nickname “HMS Togboat” refers to none other than the infamous TOG II, which is sometimes called the “land yacht” or "landship" as well. The slow and steady Tog II is so ship-like that console World of Tanks players even got to set sail in their own temporary Tog Boat mode that was available for April Fool’s Day in 2016.

Unfortunately, the nickname “Cheeto” does not refer to a tank covered in cheddar cheese powder, despite how delicious that may sound. The Cheeto tank is simply the Japanese Type 4 Chi-To, of course.

Like the Cheeto, the German Spähpanzer SP 1. C earned the nickname “Spicy” in part due to the lettering in the second half of its original name. Whether or not this tank is actually spicy, however, remains unconfirmed.

The M2A6E1, also known as The Mutant, has become a popular talking point recently after going on sale for the first time in six years this past April Fool’s day. The Mutant got its nickname from its awkwardly large turret, which makes it look like it has a mutated head.

The nickname Cockroach is reserved for the German E 25 Premium tank destroyer, due to its appearance as well as its knack for survival. The E 25 was eventually withdrawn from sale, but will still creep up in multiplayer matches every so often.

As you can tell by the spelling, the nickname “Turanasaurus” was coined as a fun nickname for the Turán III prototípus Premium tank. This tank is on the German tech tree, but is actually a Hungarian prototype.

Since Swedish tanks are relatively new to World of Tanks, so is this reference to the UDES 03. “Send UDES” isn’t so much a nickname as it is a desperate plea, but we figured it should be added to this list nonetheless.

As we mentioned earlier, we plan to continuously update this list with more of the best tank nicknames in World of Tanks as we come across them, so check back here to keep yourself up to date.