Yooka-Laylee - How to Get to World 4

How to find the fourth world in Yooka-Laylee. 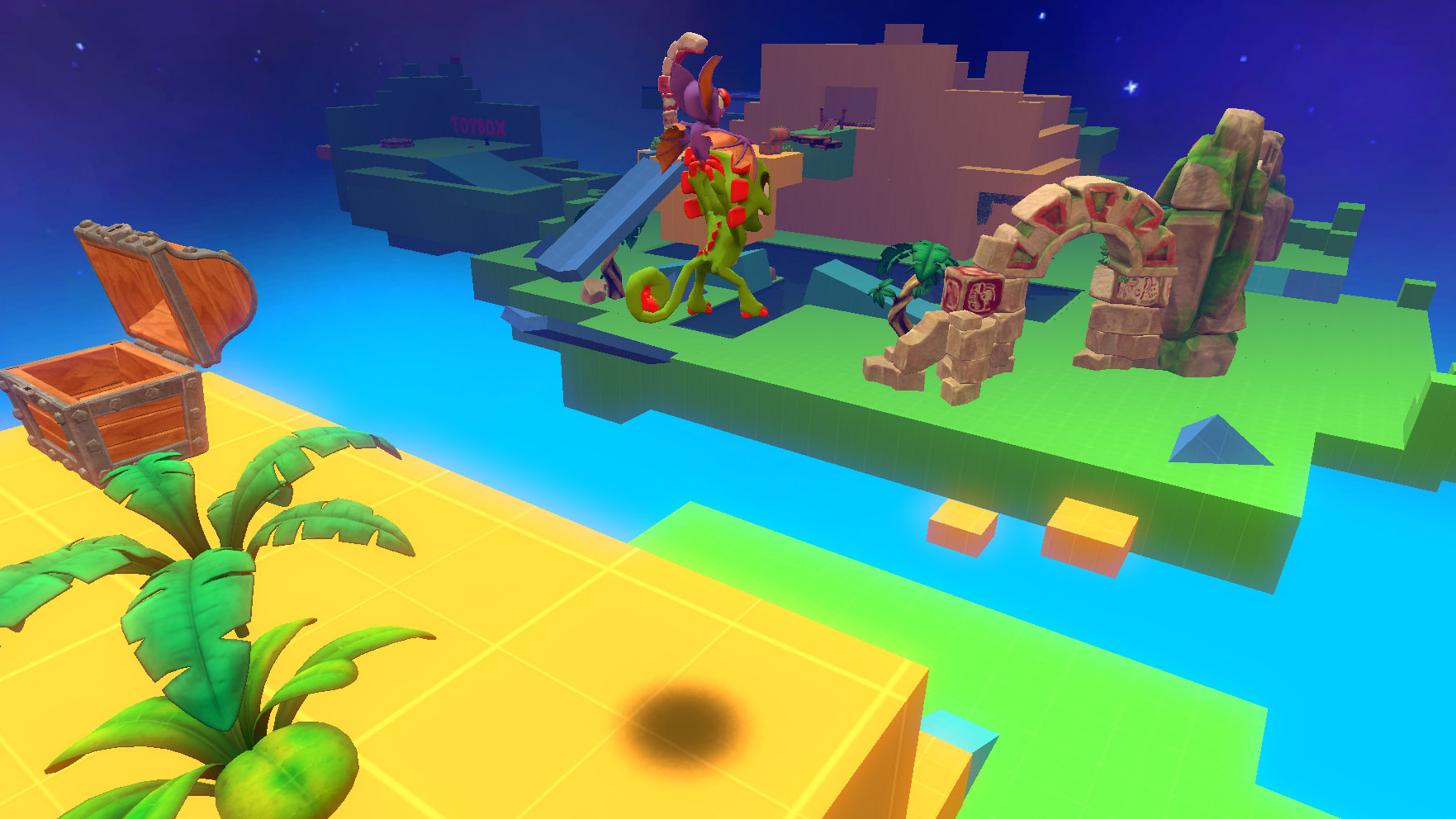 This guide will show you how to find the Toybox secret in the full game of Yooka-Laylee. There are a lot of secrets and well-hidden collectibles in Yooka-Laylee, such as the Ghost Writers or the very sneaky Pirate Treasures, but the Toybox demo secret is probably the best!

For those that aren’t aware, Yooka-Laylee had a demo to show off some of the movement and ideas in the game. Any players who collected all 100 Quills, pressed a hidden button, and then found the INEPT robot were told to remember a secret. This Toybox secret is hidden in the full game of Yooka-Laylee.

Note: This contains spoilers about World 5 as well as the Toybox secret!

How to Find the Toybox Secret

The hint to find the Toybox secret in the full game of Yooka-Laylee was to search for a pirate ship and look for a rock. Playtonic has been extremely cheeky with their design, as the opening area has a pirate ship, but that’s not the one!

To find the Toybox secret, you will need to make your way to the expanded version of World 5, the final world in Yooka-Laylee. Make sure to spend the extra Pagies expanding the Grand Tome else you won't be able to access the secret!

Starting from the entrance of World 5, Galleon Galaxy, go straight to the lighthouse where you can find Trowzers selling skills and Vendi hawking her Tonics.  Behind the lighthouse is the pirate ship you’re looking for!

Make your way to the pirate ship, as the island you’re looking for is behind it. This is the only island with both a tree and a rock. Use Buddy Slam to activate the secret.

For those that don’t want to know what it is, look away now!

After Buddy Slamming the rock, a UFO will drop off the INEPT robot from the Toybox demo! Climb onto the pirate ship and speak to the INEPT robot. At the moment, all he says is that the dialogue is only 50.1% complete. We’ll keep you updated if this changes!

If you read this guide, you should now know how to find the Toybox secret in the full game of Yooka-Laylee.