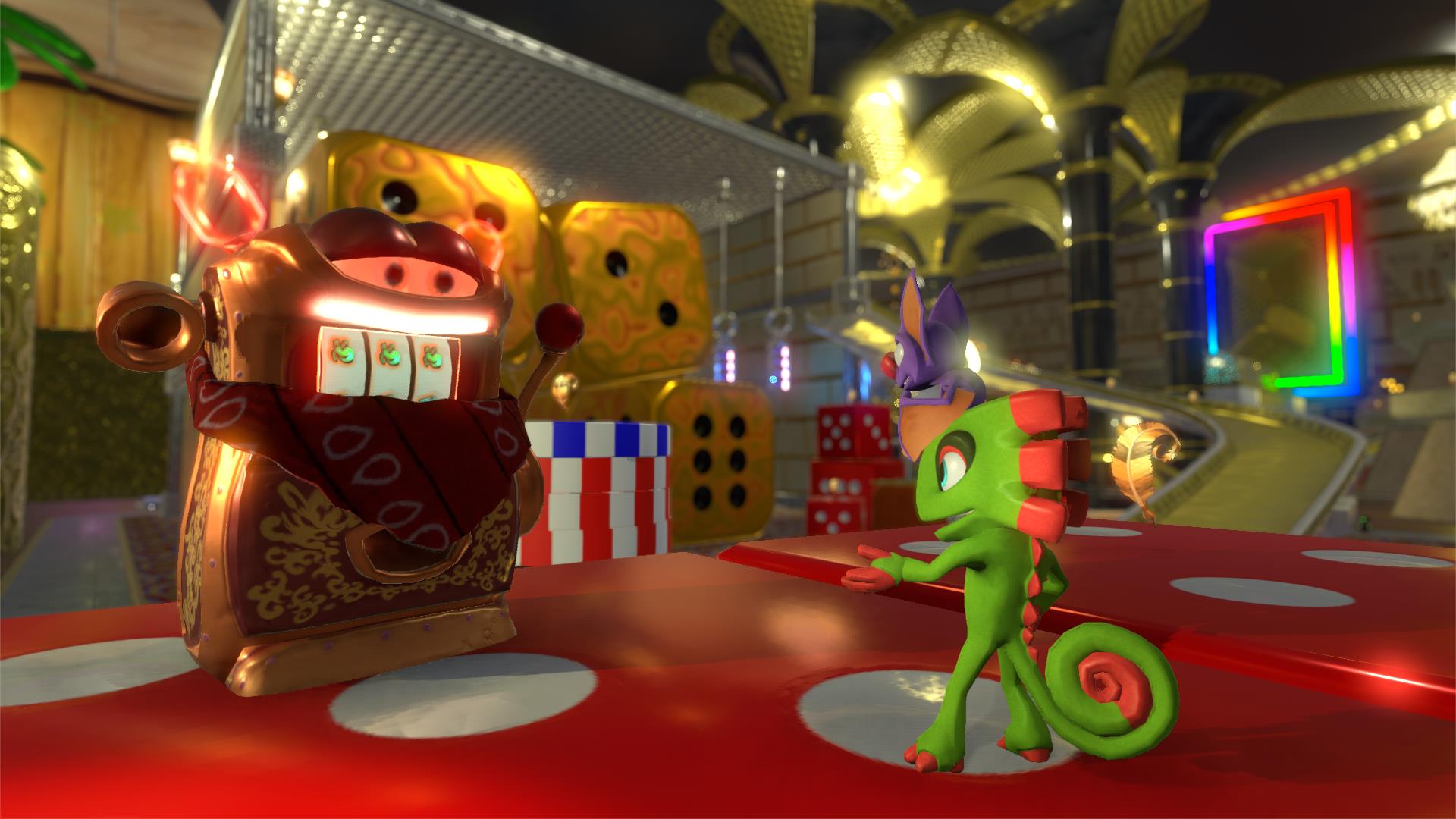 This guide will show you where to find all Pagies in Capital Cashino in Yooka-Laylee. Capital Cashino is a bit different to the other levels as most of the Pagies aren’t hidden in the world, but are instead collected by trading in 10 Capital Cashino tokens. There are also two Pagies that are earned by finding all the Ghost Writers and by collecting all 200 Quills.

All Pagies in Capital Cashino – World 4

There are 25 Pagies that can be collected in the fourth world, though 19 of them require you to collect the Capital Cashino tokens. Be sure to keep an eye out for the Pirate Treasures, Butterfly Boosters, and Power Extenders to help you beat the game. If you followed this guide, you should now know where to find all Pagies in Capital Cashino in Yooka-Laylee.