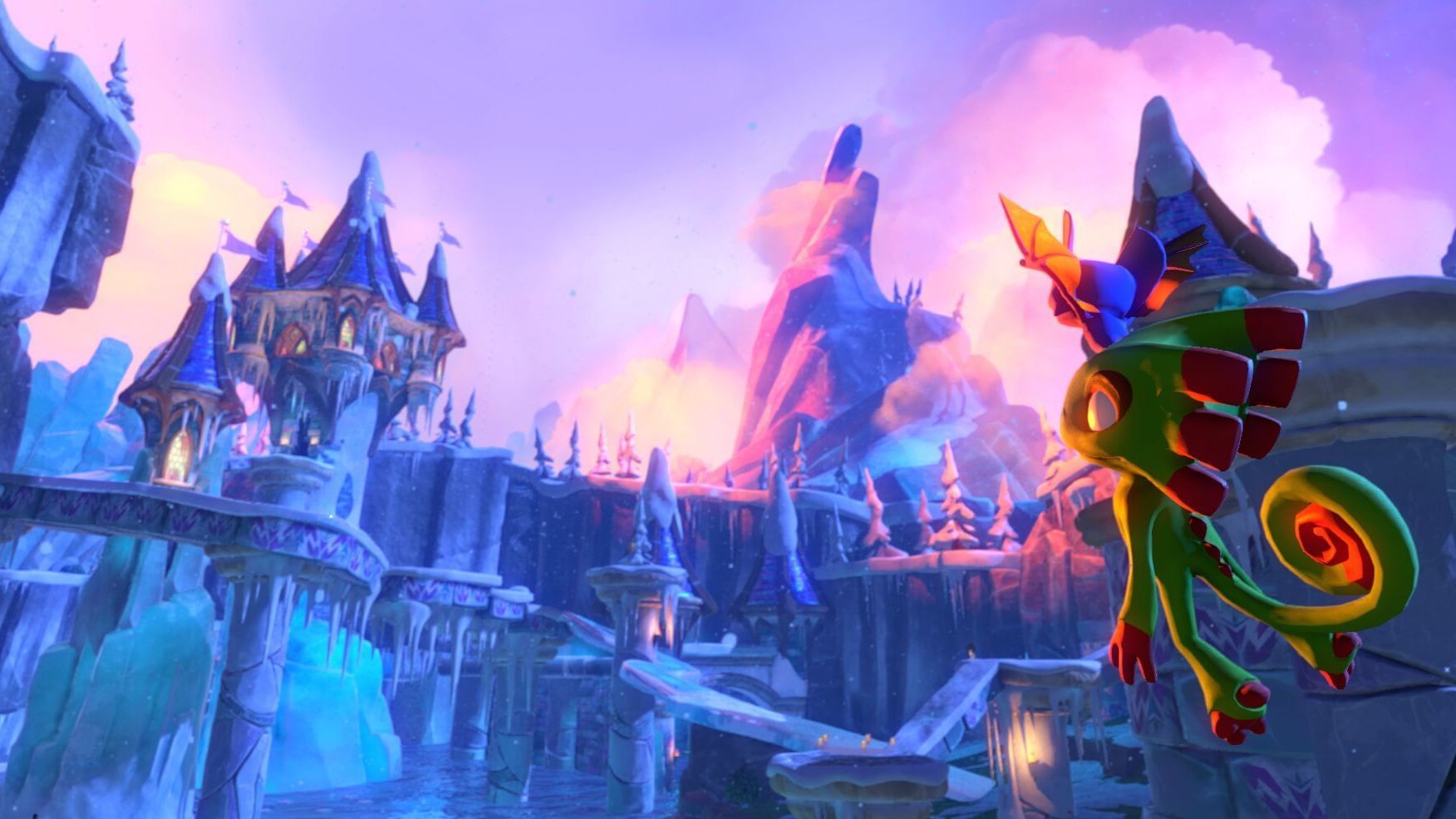 This guide will show you where to find all Pagies in Glitterglaze Glacier, World 2 of Yooka-Laylee. Each of the Grand Tomes in Yooka-Laylee has 25 Pagies that can be collected. 23 of these Pagies are collected through challenges or battles, with the final two being earned by collecting all Ghost Writers and the 200 Quills.

There are 25 Pagies that can be collected in the second world, though a few of them require you to return after making it further in the game. Take your time to familiarize yourself with level so you know where to look! If you followed this guide, you should now know where to find all Pagies in Glitterglaze Glacier in Yooka-Laylee.