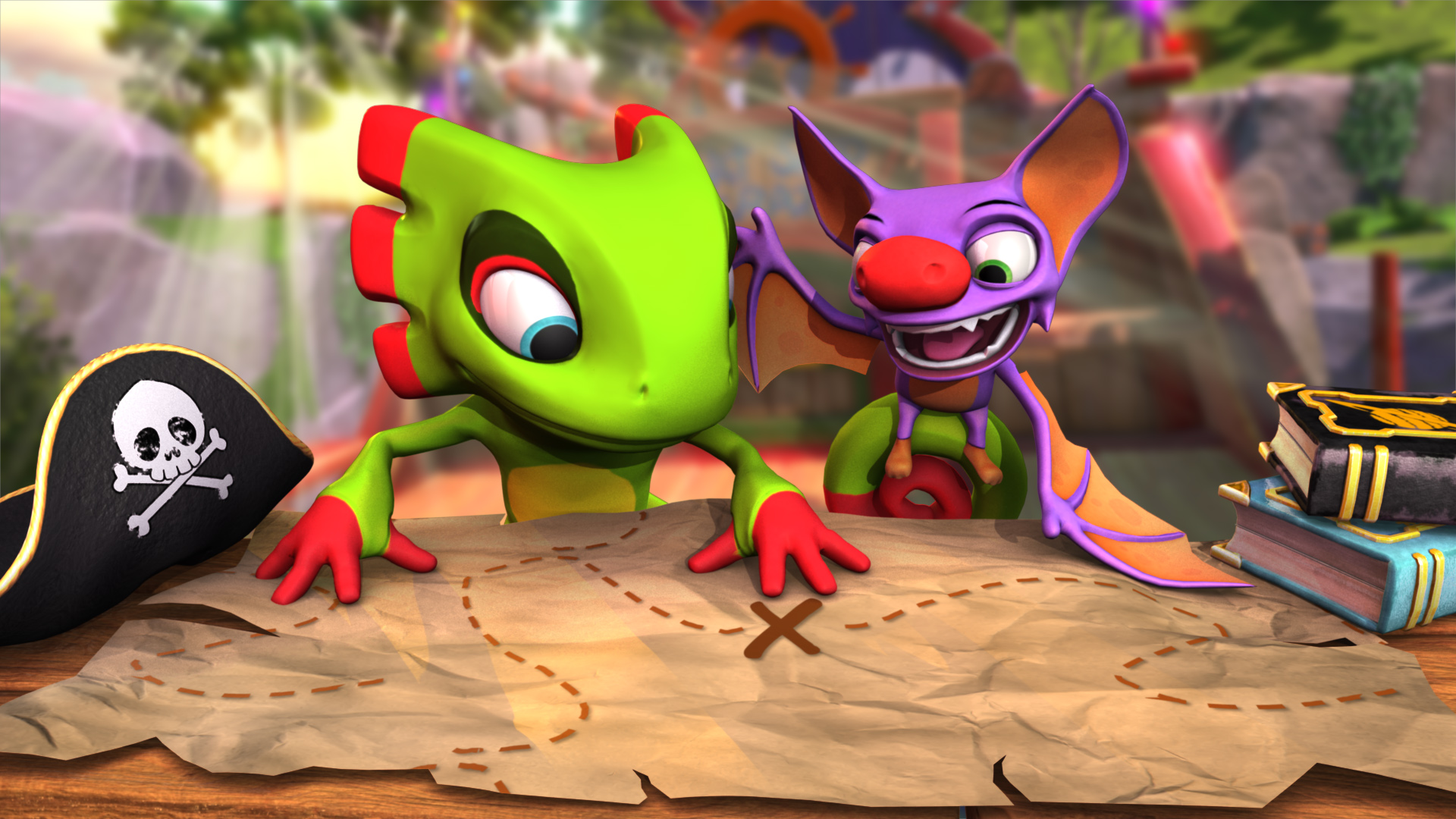 To find the Pirate Treasure in Glacier, you will need to head into the Gloomy Gem Grotto. To find the grotto, head to , jump into the water and swim to the right, the entrance is below the water. Head through the obstacle course until you reach the orange monster, the Pirate Treasure will be above you on a tall rock. You may need Flappy Flight to reach it.

This Pirate Treasure in Capital is at the very start of the level. When you enter, turn around and look above you, the Pirate Treasure is floating above the lamp. You can either use Flappy Flight or Dr. Puzz’s transformation to reach it.

The final Pirate Treasure is found in the expanded version Galleon Galaxy. You will need to make your way to the giant pink moon and head inside to the Velocity Terminal. Instead of going down the slide, use Flappy Flight to go out into the sky. The Pirate Treasure is on top of one of the small globes down to the right.

While collecting all the Pirate Treasures doesn’t unlock anything in the game, they do unlock three different Achievement or Trophies. If you followed this guide, you should now know all Pirate Treasure locations in Yooka-Laylee.