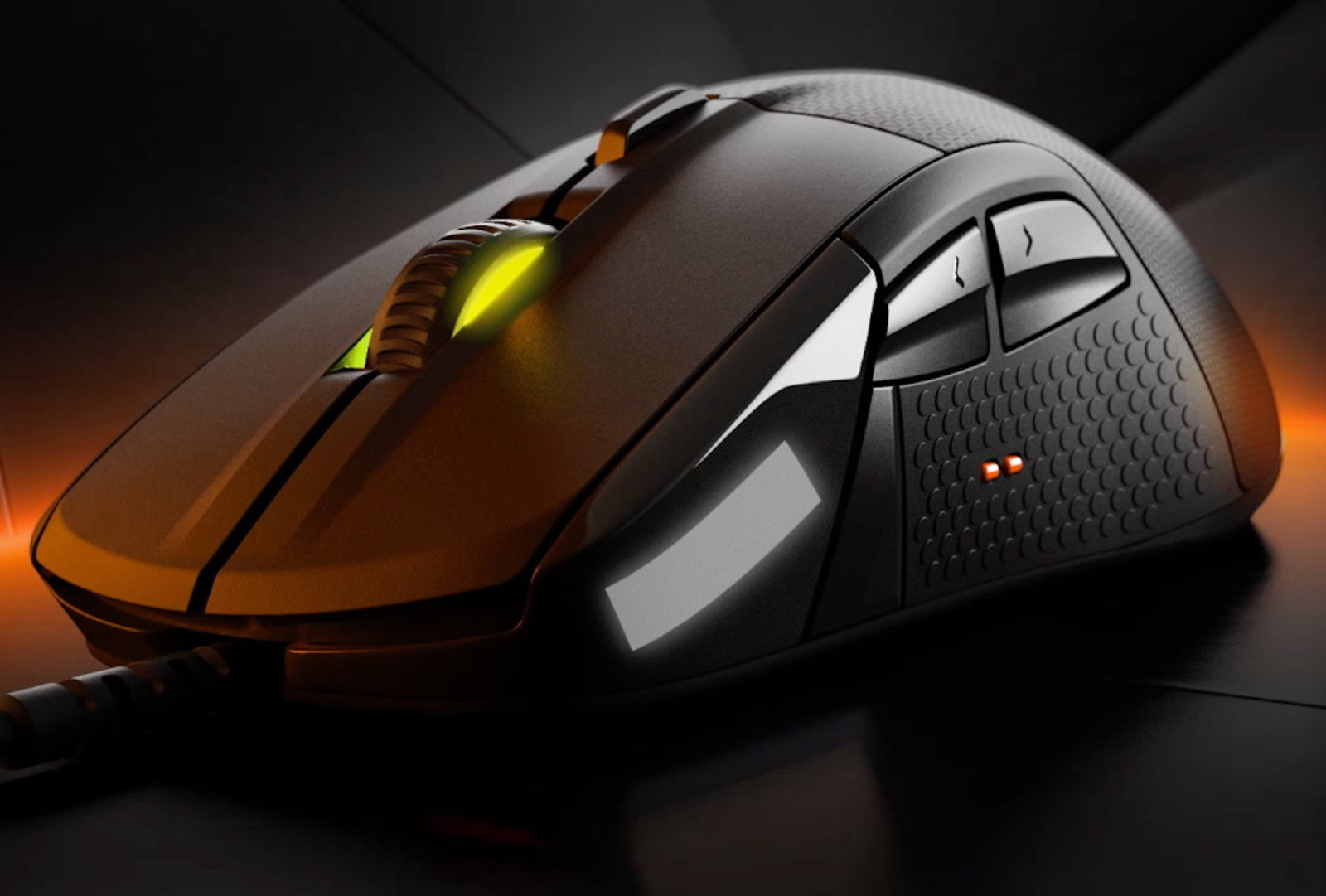 For PC gamers, having a good quality gaming mouse and keyboard is just as important as the hardware inside the PC. We’ve compiled a list of some of the best gaming mice available in 2017, along with details about each one.

If you’re in store for some other gaming peripherals, check out our recommendations for the best gaming headsets and best gaming keyboards of 2017 after you’re finished here.

It’s not every day that you find a gaming mouse with its own LED screen. However, Steelseries decided to change that by creating their Rival 700 gaming mouse.

The Steelseries Rival 700 comes with several unique features that you won’t find on its competitors. The Rival 700 includes colorful RGB lighting and an OLED display along the front side of the mouse. This display can be customized to show animated pre-set GIFs as well as mouse settings. This is a neat little feature for gamers who like their equipment to have some aesthetic flair.

The Rival 700 is also a modular mouse, meaning you can change out certain components at will. It’s seven buttons can be configured to your liking, and the adjustable DPI can be set to max out at 16,000 on the optical sensor, which can be swapped for a laser sensor if you wish.

What really makes the Rival 700 stand out is its tactile feedback alerts that come in the form of small vibrations, similar to a console controller. This feature should be of particular interest to fans of shooter games. At $99 USD, the Steelseries Rival 700 is definitely one of the more expensive gaming mice on this list, but its sleek design and features are well worth the cost.

For a much more affordable gaming mouse, the Razer DeathAadder Chroma is a great choice. This is one of the many top notch, snake-named gaming mice that Razer offers, and it lives up to the precedent that Razer has set for itself.

As with most gaming gear that sports “RGB” or “Chroma” in their name, the Razer DeathAdder Chroma features an RGB illumination system that can be controlled and customized using Razer’s Synapse 2.0 software program. The lighting is a nice way to spruce up the DeathAdder Chroma’s rather simple design.

The buttons on the DeathAdder Chroma are hypersensitive, making them highly responsive and allowing you to click with precision. Some may say they’re a bit too sensitive, so just be aware of your potential to miss-click.

The Razer DeathAdder Chroma comes with an optical sensor that delivers a 10,000 DPI output, which can be adjusted to suit your gaming preferences. You can find the DeathAdder Chroma for under $50 USD, making it one of the more affordable gaming mice of 2017.

Corsair is mainly known for creating quality PC hardware that’s mainly tucked inside a tower. To tap into the needs of PC gamers, Corsair has since taken a jaunt into the realm of gaming mice, and have come out with some stellar options.

The Corsair M65 Pro RGB gaming mouse is one example of what Corsair has to offer to budget-oriented gamers, and it ended up being a great quality gaming mouse that won’t break the bank.

As we mentioned previously, the RGB in its name points to the mouse’s customizable backlighting system that can be controlled by additional Corsair software. In terms of overall appearance, the M65 Pro RGB has a sturdy structure and a solid aluminum base to maintain balance.

Among its Omron switches is a separate, programmable button on the thumb side, which is intended to give FPS players precision and control while sniping. The M65 Pro RGB’s 8,200 DPI laser sensor and responsive buttons allow for accurate tracking and precision as well.

The M65 Pro RGB sells for $60 USD, making this one of the best and most cost effective gaming mice available in 2017.

Logitech took the good qualities of their Proteus Core mouse to create the Logitech G502 Proteus Spectrum, a budget-friendly gaming mouse that doesn’t sacrifice quality for style. This is actually my personal favorite on this list, as I’m using this mouse right now!

The G502 Proteus Spectrum has a sharp, angular design and of course, a programmable RGB lighting system. There are 11 programmable buttons as well, but you will likely find yourself using less of them due to button positioning. The scroll wheel can switch between a fast, free-scrolling mode and a clicky, chunkier feeling mode depending on your preferences. It also comes with five 3.6 gram weights that allow you to customize the balance and weight of the mouse to your liking.

The G502 Proteus Spectrum features an optical sensor that promotes accuracy by minimizing mouse acceleration. It can reach up to 12,000 DPI, but you can choose between five DPI settings with varying DPI amounts to suit your needs. These DPI settings can be adjusted on the fly, even while playing a game.

At a retail price of about $80 USD, this mouse is a bit more expensive, but makes up for it with solid performance. We particularly love the Logitech G502 Proteus Spectrum, which is why it had to be on the list of the best gaming mice of 2017.